Oxy’s next generation of academics reflects on the College, their research, and the value of mentoring

“Being a first-generation college student, the mentorship I received from my professors was pivotal to my academic and personal development,” recalls Patricia Cabral, assistant professor of psychology and one of seven new tenure-track faculty who joined the College this fall. “When I first visited Oxy, one of the first things that made me feel connected to the values of the campus was the importance that was placed on mentorship.”

To get to know Oxy’s next generation of mentors, we asked each new hire to talk about themselves, their research, and their interests outside the classroom. But first, some quick introductions: 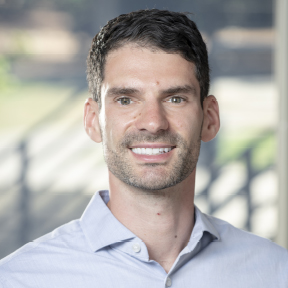 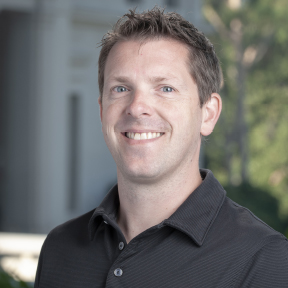 Jim L. Brown (professor of mathematics) comes to Oxy from Clemson University, where he was a professor of mathematical sciences. Brown has a B.S. from Michigan State University and completed his Ph.D. from the University of Michigan in 2005. In 2016, he was awarded a five-year, $2.1-million Research Training Group grant from the National Science Foundation to study coding theory, cryptography, and number theory. 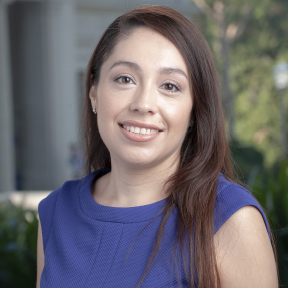 Patricia Cabral (assistant professor of psychology) has B.A. and master’s degrees from Cal State Northridge. She recently completed her Ph.D. in psychological sciences at UC Merced. Her most recent research examines "Generational status, famiismo, and socio-emotional competence in the link between neighborhood quality and risk behaviors for Latina adolescents." 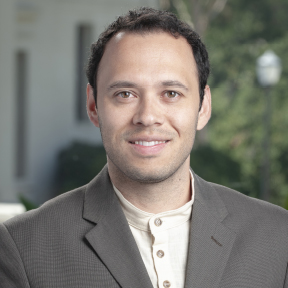 Juve J. Cortes (assistant professor of diplomacy and world affairs) has a B.A. in political science from UC Berkeley and completed his Ph.D. in politics and international relations from USC in 2015.  He came to Oxy as the John Parke Young Initiative Post-Doctoral Fellow in 2015. His research involves issues of democracy, democratization, and new forms of democratic participation with a focus on Latin America. 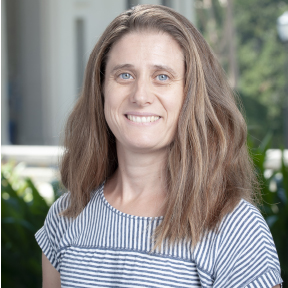 Emmanuelle Despagnet-Ayoub (associate professor of chemistry) comes to Oxy from the CNRS (Centre National de la Recherche Scientifique), where she has been a faculty member since 2006. She has a B.S. from Ecole Normale Supérieure in France. Despagnet-Ayoub completed her master’s and Ph.D. from Paul Sabatier University, the latter in 2002. In conjunction with Oxy, she is working at the Jet Propulsion Laboratory as a technologist. 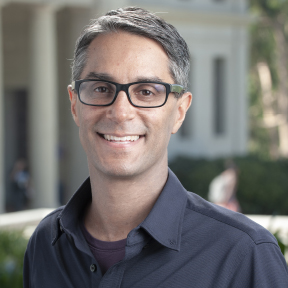 Aleem Hossain (assistant professor in media arts and culture) has a B.A. from the University of Chicago and an MFA from UCLA. He is a filmmaker and AR/VR creator currently in post-production on his first feature film, After We Leave, a gritty sci-fi drama. Hossain was selected for the initial Oculus Launchpad program, a virtual reality incubator run by Facebook/Oculus. He recently finished an anti-bullying VR project for Google that is being used in middle schools around the world. 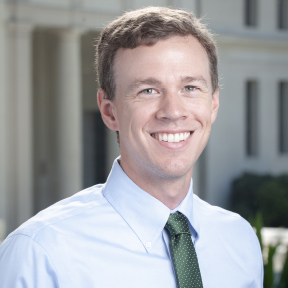 Kevin M. Williams (assistant professor of economics) comes to Oxy from the University of Utah, where he was an assistant professor of finance. Williams has a B.A. from Claremont McKenna College and earned a Ph.D. in economics from UC Davis in 2016. "I always wanted to be back in California in a liberal arts setting," he notes. "As an Oakland native, I feel at home among Dodgers fans who dislike the San Francisco Giants as much as I do."

When did you first take an interest in your field of study?

Ayoub: I took an interest in politics during my first year of college at the University of Washington. I was working toward a premed major when I decided to enroll in a course on Europe in World Politics. The class felt so relevant to everything that was happening around me in the post-9/11 world. The themes in that course also meant something to me personally, as the son of immigrants with strong connections to Europe and the Middle East.

Brown: I was originally interested in physics and astrophysics. I read Stephen Hawking’s A Brief History of Time around eighth or ninth grade and that hooked me. I stayed with astrophysics until my first semester of college when I realized I didn’t like sitting out all night taking measurements. I switched to physics, until I realized I didn’t like taking measurements in a lab any better. I finally became a math major at the end of my first year of college.

Cabral: Like many other students, I took an introductory psychology course in high school. The teacher made every class fascinating. Taking that class made me realize that I wanted to major in psychology once I was in college. But it wasn’t until I took research methods in college that I started to really understand how I could fit into psychology and how fun it can be.

Cortes: Politics has always been part of my life, in one way or another. I grew up in Mexico in a village of about 600 people but despite its tiny size, it experienced many issues found in larger polities: land politics, water concerns, political divisions, and even religious divisions. In 1994, my family of nine moved to the metropolis that is Los Angeles—a process that began when former President Reagan granted amnesty to Dad. Migrating was a massive culture shock, but that is where I first began thinking about societies and the rules that constitute them.

Despagnet-Ayoub: I started to be interested in chemistry in my senior year in high school. My teacher was amazing and really inspired me. Moreover, I’ve already been interested in cuisine, and chemistry is a type of cooking!

Hossain: It happened in stages. As a kid, my parents took me to see E.T. and they tell me that I walked out of the theater and said I wanted to be a film director. …When I was an undergrad at the University of Chicago, the film club acquired a big, clunky video camera and I checked it out and started using it without any real guidance. I made my first film—and could feel viscerally how not good it was—but I was hooked.

Williams: I arrived at CMC undeclared but knew about a month into my first semester that I was going to be an economics major.

Ayoub: Its long-standing commitment to diversity, equity, and inclusion. I see my work as a scholar as being part of a project to break down barriers to inclusion, and I think Oxy is a place that will cherish and support that.

Brown: I enjoy doing research as well as working with students, so a strong liberal arts college such as Occidental that prizes both always seemed like a good fit.

Cortes: We’ve all had that teacher that encouraged us and had a strong impact on our futures—that is the position I hope to have for a couple of reasons. First, I know that having the right teacher or adviser can make a positive change, and second, many kids growing up in our union need encouragement and role models. I certainly did.

Jim, your forthcoming paper examines “Congruence primes for automorphic forms on symplectic groups.” Can you explain that in lay terms?

Brown: Sadly, no, I cannot. The best I can do is to point out that in 2000 the Clay Mathematics Institute picked seven mathematics problems they considered the most important unsolved problems in mathematics. The resolution of any of these problems comes with a $1-million award; only one problem has been solved in the intervening 18 years. One of the unsolved problems is the Birch and Swinnerton-Dyer conjecture. This problem deals with points on elliptic curves; such points have applications in elliptic curve cryptography. The paper cited above provides evidence for a generalization of the Birch and Swinnerton-Dyer conjecture.

Patricia, your most recent research examines “generational status, familismo, and socio-emotional competence in the link between neighborhood quality and risk behaviors for Latina adolescents.” Can you summarize your findings?

Cabral: We examined associations of early parental and peer influences on subsequent sex initiation among Latina/o youth and how these associations differed across migration generational status. We found that more acculturated Latina girls (i.e., third-generation) were more than twice as likely to initiate sex by 10th grade in comparison to Latinas of first and second generation. Parental monitoring and friendship quality predicted sex initiation among Latinas while parental involvement and social interactions were significant among Latino boys. Also, both boys and girls were more likely to initiate sex by 10th grade when they perceived their friends to have initiated sex; this is especially true among more acculturated Latina girls.

Phillip, how does LGBT activism in European politics compare to the United States?

Ayoub: The United States adopted same-sex marriage 14 years after the Netherlands, and 26 years after Denmark passed same-sex civil unions in 1989. By contrast, the innovative ideas of the American Gay Liberation movement spread to multiple countries in the 1970s, adapting related and interconnected repertoires of gay liberation emancipation. These are not isolated occurrences—there are international and transnational dynamics at play that need studying. That said, I believe strongly that we have to study how domestic institutions and norms moderate the effect of international and transnational dynamics. Looking at politics in 2017 shows that it’s futile to neatly separate the analysis of the international level from the domestic—we have to understand one to understand the other, and this is why my work also speaks centrally to the subfield of comparative politics.

Juve, of the classes you will be teaching this fall, do you have a favorite?

Cortes: Both Latin American Politics and Democracy & Comparative Democratization are favorites of mine. The topics are my expertise and students really love learning about the tremendous history of Latin America, which exemplifies variation in key political, economic, and cultural variables. Among my students, however, my most popular class might be Physics for Future Presidents. This class teaches the science, technology, and physics that every world leader needs to know to make informed decisions on technical issues—and we know how important this is.

Kevin, how does it feel to join Oxy’s largest academic department? What are you teaching this fall?

Williams: My previous department [at the University of Utah] had over 30 faculty, so this feels cohesive and welcoming. I’m teaching Game Theory this fall and will be teaching Applied Econometrics in the spring.

Aleem, how has digital storytelling broken down barriers to potential filmmakers/storytellers?

Hossain: The technological advances of the last 20 years have made it way more possible for a young artist, regardless of their identity or circumstance, to make a project. There are two big remaining challenges and I’m trying to address them in the classroom. First, we need to break down the barriers in the mainstream established industries—the only places where people can both make media and make a living. It’s great that a 19-year-old first-generation college student can make a film that might have been impossible to make decades ago … but you can only go so long without a paycheck to cover your rent and food. Second, we need to break down the barriers of distribution. YouTube and the big streaming services theoretically allow almost anyone to reach an audience of billions, but the reality is that most of the work on those platforms goes unnoticed. In Media Arts and Culture, we’re working to create a generation of creators and thinkers who will help solve these challenges.

Despagnet-Ayoub: I’m really enjoying sharing my knowledge to the students, what a reward when you see a smile on their face after understanding a concept! Learning how to scientifically communicate with different backgrounds is really rewarding.

Hossain: I’ve been teaching for 13 years and I still wake up excited to see the latest progress my students have made with their scripts or films or VR projects. I feel ridiculously lucky that I get to work with emerging creators who are finding their voice, thinking critically about the state of the art, taking risks, and expanding the horizons of time-based media.

Williams: If I say “the students,” they’ll think I’m a pushover.  So I’ll say “coming up with insanely difficult test questions.”