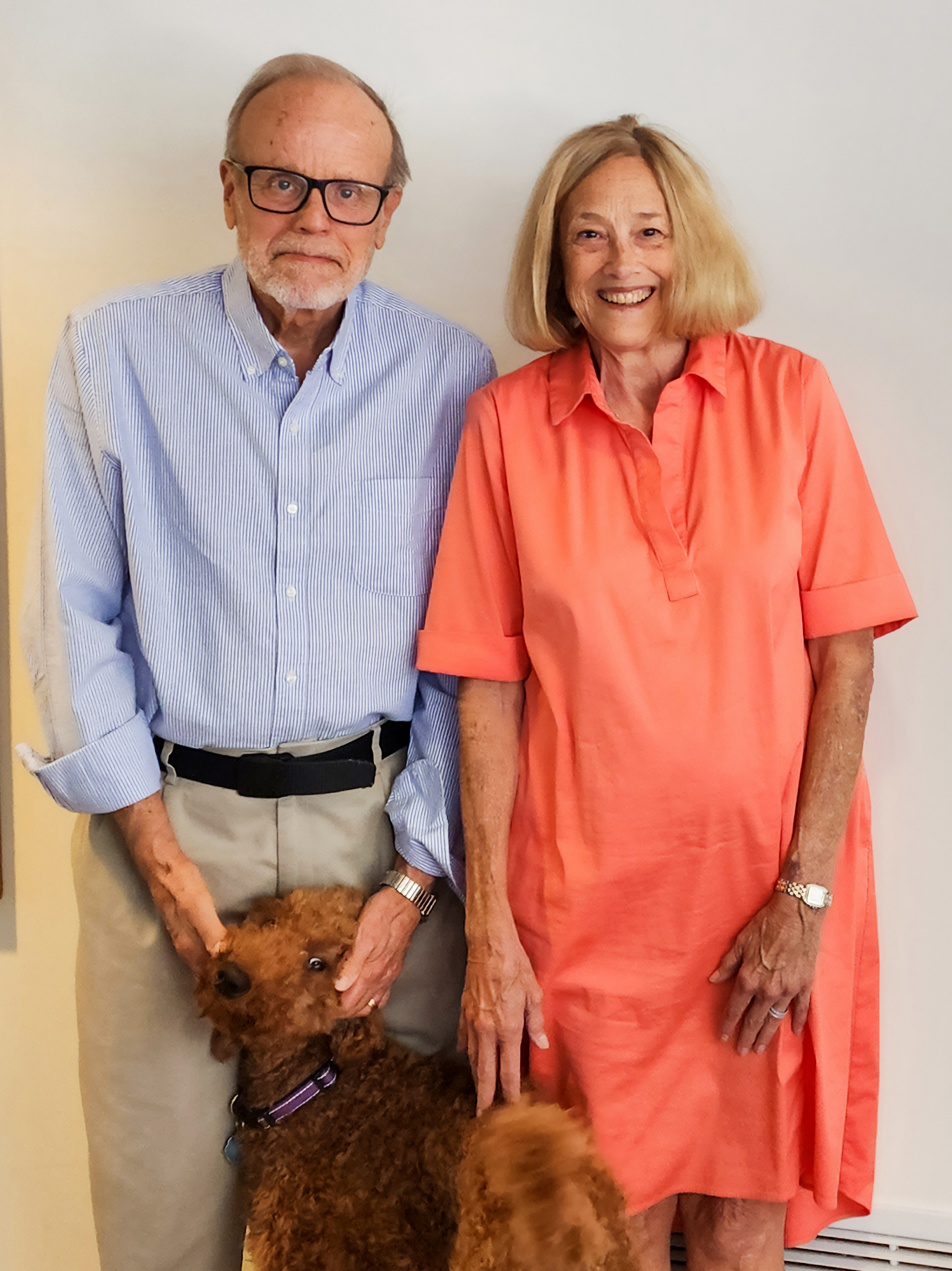 When Phil Nichols ’68 was in ninth grade, older brother Byron ’64 arrived home to Pendleton, Ore., by Greyhound bus, excited to talk about his first semester at Oxy. “Our dad was the town’s Presbyterian minister,” Phil explains, “and when my mom [Phyllis Cochran Nichols ’38] asked Byron about chapel at Oxy, he said not many students went. Chapel had been mandatory when she went to Oxy, and she thought of the College as the final protected Christian environment before going out into the world. ‘Not anymore,’ Byron replied.

“That sounded great to me!” Phil admits with a laugh. “But I knew that going to Oxy would depend not only on being admitted but on financial aid.” He would realize his dream of attending on scholarship, and he graduated with a degree in philosophy. Phil’s Ph.D. studies in philosophy ended after just a few weeks when he got his draft notice.

Sydney Fox ’72 enrolled at Occidental in the fall of 1968—missing Phil by a single semester—so their Oxy romance took a slightly different path. “A mutual friend of ours from college, Hal Hansen ’71, introduced me to Phil in April 1971, a couple of months after Phil got out of the Marine Corps,” Sydney recalls. The couple were married in December 1972.

Among their common bonds was a love of music at Oxy. Phil traveled with the Glee Club on its first European tour during his freshman year, and he wishes he had sung in the Glee Club all four years at Oxy instead of just two. As for Sydney, an accomplished pianist and Oxy Orchestra member, she wishes that a faculty adviser might have encouraged her to consider whether she should have majored in music instead of Spanish literature. Still, she notes, “If I had focused on music, I probably wouldn’t have gotten an MBA.”

Phil’s desire to be a lawyer was triggered by Bruce Bueschel, who became Oxy’s chaplain in 1968. Bueschel suggested that Phil volunteer for the United Farm Workers and live at his house pending his induction (he was drafted into the Marine Corps). “It never occurred to me to go into law until I heard a UFW attorney speak,” says Phil, who—like Sydney—did his graduate studies at UCLA.

Sydney was director of budgets for 20th Century Fox until switching to part-time consulting and volunteering as the Nichols family grew, while Phil enjoyed a long legal career working on deals for real estate capital sources.

One of his friends, trial lawyer Moses Lebovits P’04, won a large judgment in a case referred to him by Phil. As a thank you, Moses was looking for a gift for Phil, but Phil politely declined. Instead, Moses and wife DeDe—who chaired the Oxy Parents Fund while their son, Zach ’04, was a student—established the Sydney and Phillip G. Nichols Scholarship Fund in 2006.

“We have added to that fund,” Sydney says, “and the bequest in our estate plan will make this a substantial fund. It is important to us that students can enjoy the phenomenal campus, education, and growth opportunities that meant so much to us.”

In retirement, the Nichols’ life revolves around family. Their two sons and their wives and four grandchildren, ages 5 through 9, all live nearby. Phil and Sydney pick up one grandchild from school three days a week, while the others are frequent overnight guests when their parents are away. Every weekend they see their daughter Jocelynn, who lives in a home for adults with disabilities. Aria, their standard poodle, adds a spark to any gathering—and their generosity to Oxy will resonate across generations to come.