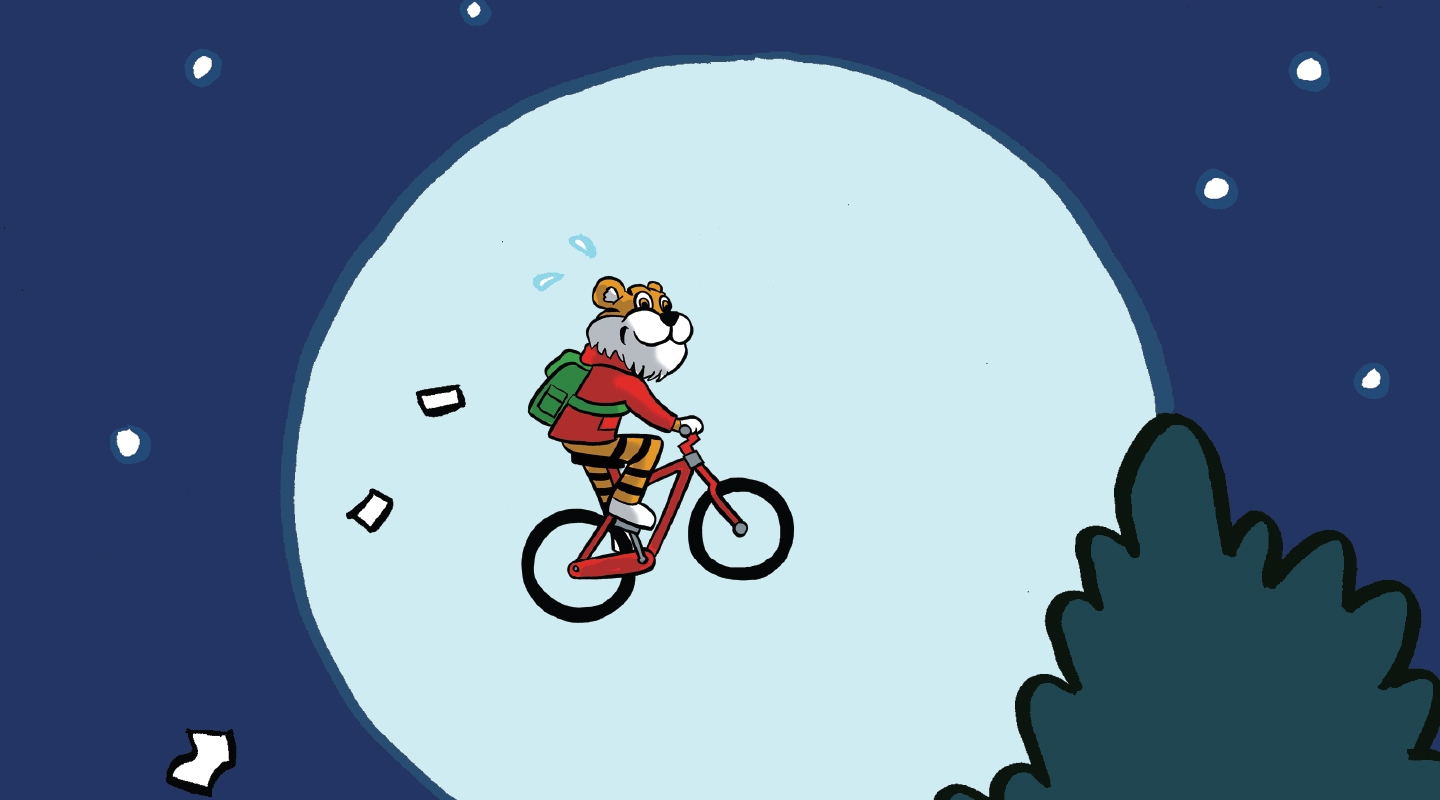 Senior comps can be time-consuming, mind-bending, and soul-crushing—but they inspire many Tigers to unimagined heights

Seventy-odd years before Movember came into existence, the Occidental newspaper sponsored the College’s first mustache-growing contest on campus. The bewhiskered winner was Leonard Janofsky ’31, later a prominent attorney and president of the American Bar Association, who recalled the honor upon his class’ induction into the Fifty Year Club in 1981.

An even more distinguishing Oxy milestone emerged during Janofsky’s senior year. “The faculty came up with the brilliant idea that seniors take a comprehensive examination in their major,” he recalled. “This was a first in the history of the College, and we were the unfortunate victims. The alleged purpose of the comprehensives was to develop a system of examination that would discourage ‘cramming,’ that would develop comprehension, and not place emphasis on the memorization of facts. I know that many of us were deliriously happy about being made the guinea pigs for this experiment,” he deadpanned, “particularly in view of the fact that shortly after we left the campus it was dropped.”

But you can’t keep a brilliant idea down.

Defying its naysayers, the senior comprehensive re-emerged to become a signature component of the Occidental experience, planting its seeds under President Remsen Bird, taking root alongside History of Civilization in the era of Arthur G. Coons ’20, and flowering under Richard C. Gilman and beyond. It has weathered curricular change and student dissent, taking many forms along the way. The most common one today is a longform paper that offers a deep dive into a subject of the senior’s choosing. But other comps may entail fieldwork, exams, presentations, or creative media.

Oxy’s commitment to comps has not gone unnoticed. A 2015 U.S. News & World Report survey of senior academic officers from more than 1,500 colleges and universities included Occidental among the top 12 institutions “with stellar examples of senior capstones” (in the very good company of Brown, Duke, Princeton, Stanford, and Yale, and half a dozen others).

Such accolades fail to convey the cycle of dread, panic, and euphoria that accompanies the process. “Each year the term ‘comps’ travels around Occidental like the latest virus,” Drew Snyder ’19 wrote in the Occidental Weekly in February. “Everyone is mildly aware of what it is and who is currently dealing with it, but most are too frightened to actually approach the topic.”

What’s changed, in what we will call the presentations era, is the sense of community that senior comps bring to campus. In the 2015-16 academic year, more than 190 seniors in 15 majors made comps presentations to the public. (By comparison, 266 students participated in Dance Production.) And each year, with an athletics-like zeal, students, colleagues, family, and members of the campus community show up in Morrison Lounge, or Choi Auditorium, or Mosher 2, or Thorne Hall, or the Mullin Art Gallery—to listen, to learn, to ask questions, and to commemorate the end of a long, hard journey.

As it was originally conceived, a senior comprehensive was designed to test the totality of a student’s knowledge over the course of their Oxy career. It was a formula that, some would argue, favored the sciences (which deal with constants) over the humanities and social sciences. (Science majors would doubtless argue otherwise.)

The classic comps structure was an exam broken down into sections—sometimes essay questions, sometimes multiple choice or true/false. To most alumni that we talked to for this article, the specifics of the tests have grown murky over time. But the emotions that ran with them remain vivid—like a recurring bad dream.

Warry McElroy ’60, a psychology major, remembers. “They took place over two days, about six hours each.  There was no verbal requirement and there was no paper that had to be written. They were all purple mimeographed tests, with 1 to 2 1/2 hours for each section.  They were focused on our majors but they pulled in what we should have learned from all of the core classes we were required to take to graduate, especially History of Civilization. They were literally comprehensive. We all dreaded them because they covered all four years and our graduation depended on our passing them. We kept our notes from every class we took and studied them all.

“What I will never forget are the dreams I had the nights afterward until the grades were posted on the wall in the psych department hallway, which was then on the first floor at the south end of Fowler,” McElroy adds. “I dreamed of big, colored billiard balls floating around over me, and in place of the numbers, every one of them had a big F. Whether it was by the grace of God, the psych department’s mercy, or my actual achievement—most likely the combination of all three—I got a C-plus.”

The modern era of senior comps can be traced to the 1969-70 academic year, when student dissatisfaction with the exam process made inroads with the faculty in the economics and political science departments. After a list of 20 potential essay questions was circulated to poli sci seniors just before the holidays—four of which would actually appear on their written examination—the seniors countered with a proposal of their own. Twenty-five out of 38 senior poli sci majors signed a statement written by Roger Fonseca ’70 suggesting that a seminar required of all seniors to be set up for the spring term.

“If learning is the goal, we feel that a plan such as this is the only fair and feasible way of teaching the diverse disciplines covered by the comprehensive questions,” the statement read. “If, on the other hand, the comps are viewed by the faculty as necessarily only as a testing device, we strongly urge that they be eliminated entirely.”

The senior economics majors followed suit with a similar statement, and as a result, the senior seminar was born. Among the earliest faculty advocates of the revised approach was Jane Jacquette, Bertha Harton Orr Professor in the Liberal Arts Emeritus, who was a poli sci instructor back in 1970. “Graduate schools tend to look more favorably upon students who have passed comprehensives,” she told the Occidental. “In as much as we are a way station between high school and grad school—and that is, for better or worse, a fact—comprehensives serve an important function.”

During her 18 years as registrar (1980-98), Evelyn Glaser ’57 recalls, failure to pass or complete comps tripped up countless seniors—including many DWA majors—from walking at Commencement. Like other components of an Oxy education (such as passing a foreign language or fulfilling a lab requirement), com­pleting your senior comp is required to graduate. What it means to be comprehensive is a question left up to each department.

“Typically the comps project is about the demonstration of mastery in the field of one’s major—both to themselves and to the faculty,” says Amy Lyford, professor of art history and visual arts, who recently served as  associate dean of curriculum and academic support.

While many departments have written comps that require primary and secondary research sources—“That’s the trend,” Lyford says—the comprehensive itself can take many forms. Within the department of art and art history, for instance, an art history major is required to take a yearlong senior seminar that will produce not only a research paper of 25 pages or more, but also present an oral presentation of their findings. A studio art major, meanwhile, is required to produce an exhibit of their own art accompanied by a written artist’s statement.

“Each department defines what that level of mastery is and what the organization of that mastery will be,” ­Lyford says. “Departments increasingly see student research as being central to their comprehensive experience, and part of doing that is communicating that research to people outside of yourself.”

It’s not uncommon for students’ work to find an audience outside Oxy. Benjamin Weiss ’16, who is studying for a Ph.D. in sociology at USC, received distinction for his comp, “Patterns of Interaction in Webcam Sex Work: A Comparative Analysis of Female and Male Broadcasters.” A reworked draft will be published in the journal Deviant Behavior.

Mackenzie Israel-Trummel ’09’s comp turned into “The Double-Edged Sword of Disaster Volunteerism: A Study of New Orleans Rebirth Movement Participants,” co-published with associate professor of politics Caroline Heldman in the Journal of ­Political Science Education in 2012. Heldman also shepherded Rebecca Cooper ’13’s comp into “Hidden Corporate Profits in the U.S. Prison System: The Unorthodox Policy-Making of the American Legislative Exchange Council,” that was published in Contemporary Justice Review in 2016.

Four years ago, Raffy Cortina ’13, an art history and the visual arts major from the Bronx, N.Y., won a Student Academy Award from the Academy of Motion Pictures Arts & Sciences for his 13-minute short Bottled Up—which premiered at Oxy that spring as part at the Senior Comprehensives Film Festival.

For her senior comp in history, Aviva Alvarez-Zakson ’15 studied the experiences of young women in Theresienstadt, the WWII concentration camp in German-­occupied Czechoslovakia, and how the circumstancesof their imprisonment impacted their development. She listened to more than 30 hours of oral testimonies from the USC Shoah Foundation, and read different literary testimonies as part of her secondary research.

“Comps are a really cool opportunity here at Oxy,” she wrote in a blog for the Oxy admission website.” They teach you academic independence, research skills, and the ability to be a scholar in your field.”

This spring, Denzel Tongue ’17, a sociology major and public health minor from Oakland, did a content analysis of New York Times articles from the 1980s—at the height of the “war on drugs”—to better understand how the media framed drug users during the crack epidemic.

“My initial hypothesis was that the coverage was going to be more lenient than the crack epidemic, which basically turned out to be true,” says Tongue, a first-generation college student who is now working as a health policy fellow with the Greenlining Institute in Oakland.

As demanding as Tongue found comps to be, “Because I ­really cared about my project, it was cool to go through the process,” he declares. “It was a culmination of everything I had been learning over the years.”

Illustration by Todd Webb, with a tip of the cap to Hillia Aho '17 and Aissa Bennett '17, whose E.T.-inspired comps poster for Media Arts and Culture inspired us, in turn.