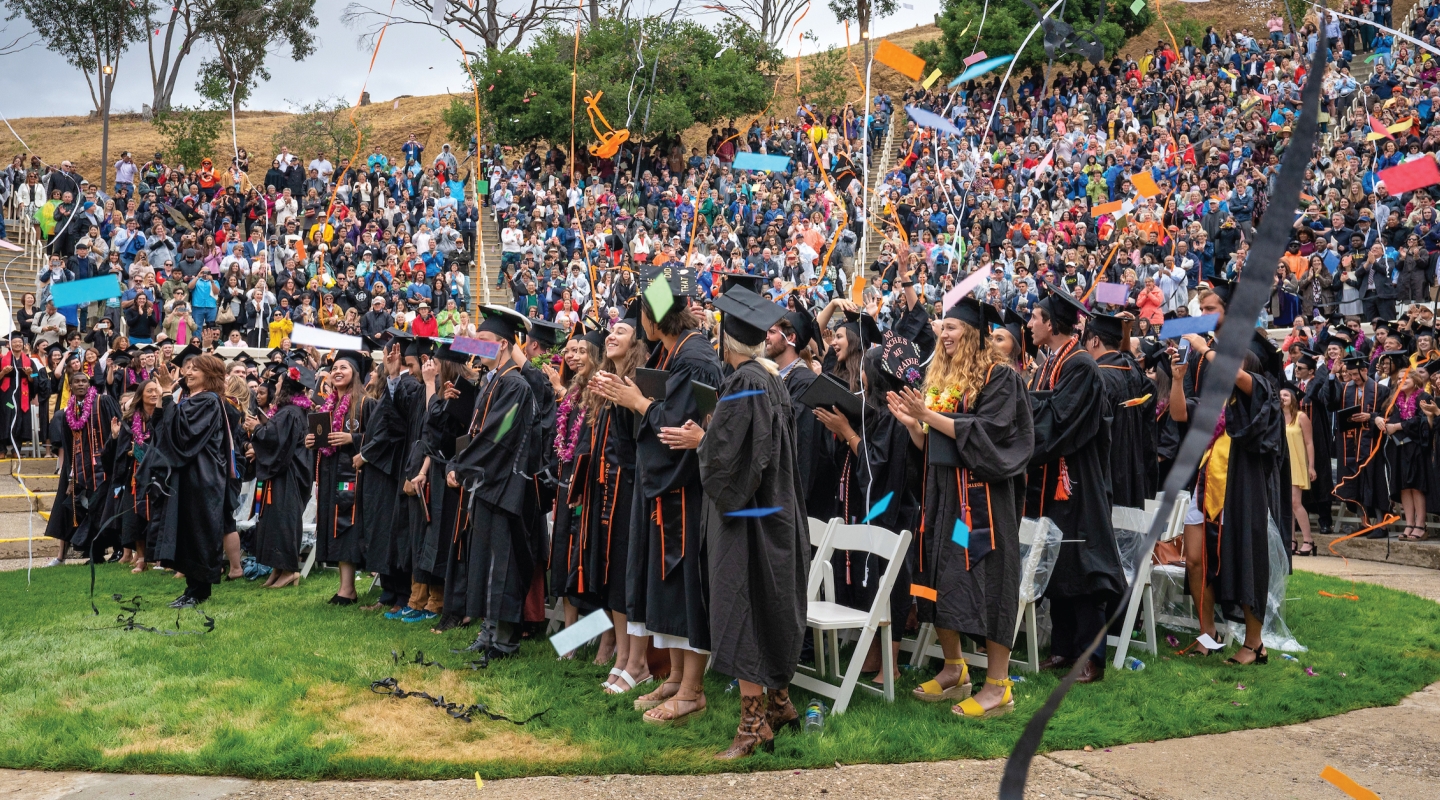 ‘Find Comfort in the Uncomfortable’

Rain and wind failed to dampen the spirits of the Class of 2019 as Los Angeles Mayor Eric Garcetti urged them to cross borders rather than build walls at Occidental’s atypically wet 137th Commencement ceremony in Remsen Bird Hillside Theater on May 19.

In moments of uncertainty, “it is easy for us as human beings to wall ourselves off, to retreat to something easier or more familiar,” Garcetti told the 456 graduates and a crowd of 3,800 parents and friends that packed Hillside, many clad in colorful ponchos. “But my core message to you today as graduates is to encourage you to cross borders, to find comfort in the uncomfortable.” 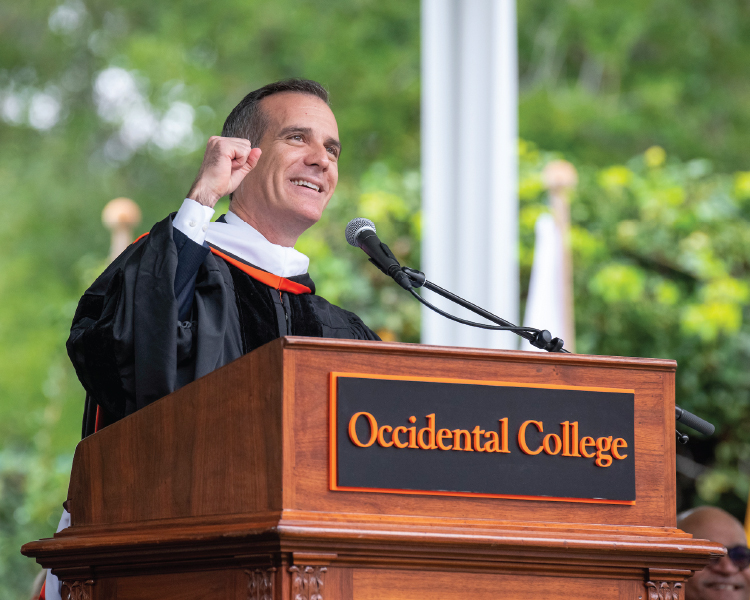 History shows that walls have inevitably failed—whether it was the Great Wall of China, Hadrian’s Wall in England, the Maginot Line in France, or the Berlin Wall, said Garcetti, who was elected to a second term in 2017. Yet walls and other physical barriers are on the increase—since 2015 Europe has seen more than 620 miles built, he noted.

These barriers are born out of fear—“the fear and anxiety born out of the globalization and technological advancement, fear that our jobs will be lost to automation, fear of a diverse workplace or neighborhood, or that to be part of an integrated economy means the surrender of our national identity,” he said.

The problem extends beyond the erection of physical barriers to those boundaries we impose on our minds and our ways of thinking, cautioned Garcetti, whose first full-time job was teaching for Oxy’s Diplomacy and World Affairs Department in the 1999-2000 academic year.

“I fear sometimes that today we are so determined to win at all costs that we see compromise as a betrayal … that we can’t acknowledge the legitimacy of someone else’s argument, that that’s seen as selling out. That zero-sum thinking has led to the decay of our moral and social vocabulary. We can’t find a common space on both sides of an issue, and instead we build barriers between us. If we do not commit to the courage of crossing those borders, we are left with close-mindedness and nothing else.”

Summer 2019From the QuadStudent Life