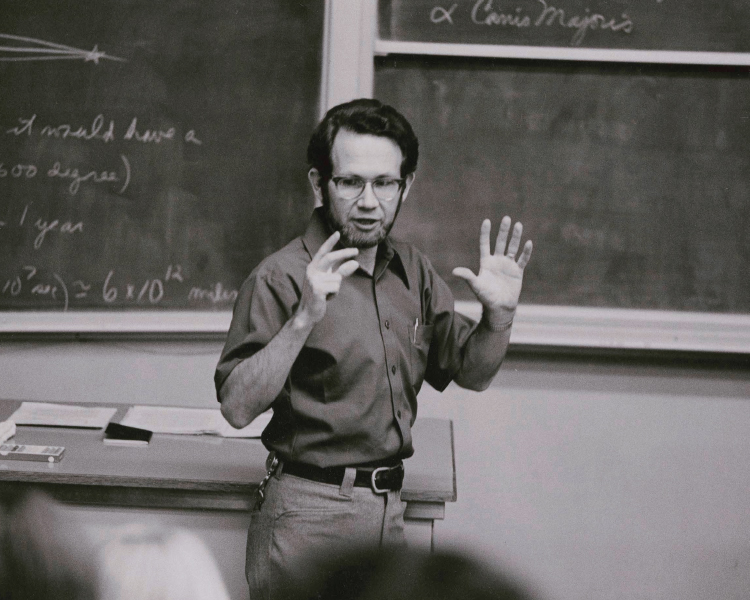 They may have never shared a lab space, but Stuart Elliott and George Schmiedeshoff worked with six decades of physics students at Occidental. Elliott, left, who retired in 1992 as professor of physics emeritus, died May 4 at age 91 in Palo Alto. Schmiedeshoff—who joined the Oxy physics faculty following Elliott’s retirement later that year—died July 16, just months after he was diagnosed with pancreatic cancer in March. He was 63.

A native of Oakland, Elliott joined the U.S. Navy after graduating from high school in 1944 and trained as a radio technician. Hospitalized with rheumatic fever, he used the time to teach himself Russian. After his discharge, he enrolled at Stanford where he earned his undergraduate and master’s degrees in physics and met his future wife, Lyn, at a folk dance.

In 1955, Elliott accepted a teaching position at Kenyon College in Ohio. Five years later, he completed his Ph.D. at Stanford and joined the Oxy faculty, where his college roommate, Al Hudson, was also teaching.

Elliott’s research focused on the holographic generation of contour fringes as a means of studying surfaces. In 1963, he published a paper titled Effects of Polishing Imperfections on Specular Reflections of X-Rays based on his graduate studies at Stanford. A two-time department chair, he translated numerous Russian scientific articles into English and served as scientific editor of the English edition of the Russian journal Optika i Spektroskopiya.

In addition to his academic career, Elliott enjoyed dancing with the Occidental Folk and Historical Dance Troupe. He played early music on recorder, viola de gamba, sackbut, and racket with a variety of orchestras and consorts in Los Angeles and the Bay Area. 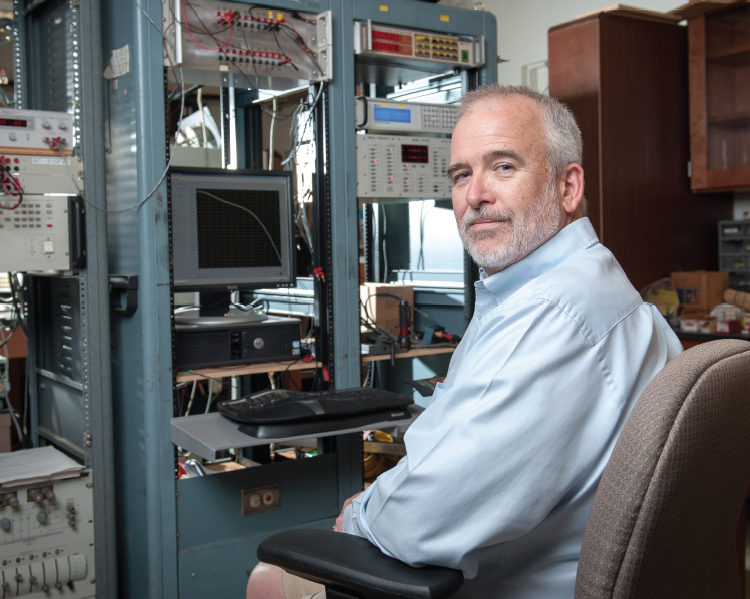 An experimental condensed matter physicist, Schmiedeshoff earned his Ph.D. at the University of Massachusetts at Amherst and teaching at MIT, Tufts, and Bowdoin. He studied liquids and solids under extreme conditions, such as very low temperatures and high magnetic fields, to better understand new forms of magnetism and superconductivity. In connection with his research, Schmiedeshoff developed a miniature dila­tometer—an instrument capable of measuring changes smaller than the diameter of a hydrogen atom in the thickness of materials —that is in use in national laboratories and universities around the world.

Of his more than 50 peer-reviewed publications, 15 had Oxy student co-authors, reflecting his active participation in the Summer Research Program. Schmiedeshoff regularly brought students to the National High Magnetic Field Laboratory in northern Florida to assist with his experiments. He also collaborated with scientists at Iowa State, Boston College, Caltech, Cambridge Pressure Cells, Los Alamos National Laboratory, Quantum Design, and UC San Diego. At Oxy he served multiple terms as department chair, taking particular pleasure in teaching Introductory Physics to premed students, and was a past chair of the Faculty Admission Committee. He is survived by his longtime partner, Ava Megna, and her family.