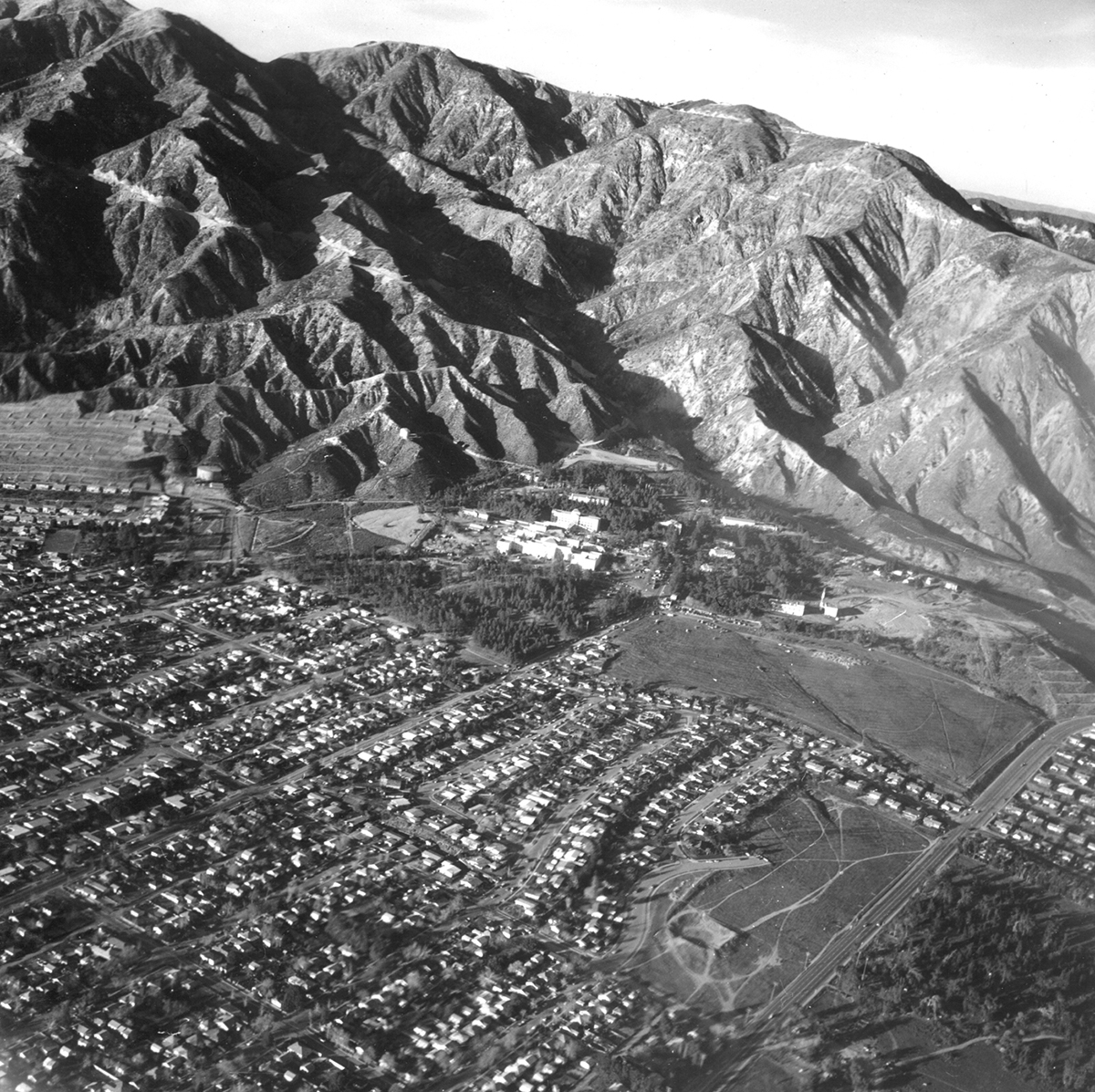 A Class Notes extra: As the 50th anniversary of the Sylmar earthquake rumbles near, members of the Class of ’74 remember the moment that shook Oxy

When I sent out my class notes email to the Class of ’74 in July, I also mentioned that most of us had been awakened at 6 a.m. on February 9, 1971, by the 6.5-magnitude Sylmar earthquake. I remember walking out into Newcomb Lounge and having Steve Meier ’72 thank us all for joining him in his all-nighter. He had been writing a paper. He said that when it started shaking, he looked out the windows and could watch electric transformers pop on utility poles across the valley towards Glendale. Here are the memories some of you shared regarding that event.

Elissa Rabellino remembers, “It bounced me out of my bed on the top floor of Newcomb! I remember that that night there was also, weirdly, a total lunar eclipse.” Diana Jones “woke up and then figured, go back to sleep, been through this before, but when it didn't stop for 30 seconds, got up just in time to catch all the stuff that was falling down on the other side of the room, from our cinder block and board bookcase as it swayed!” Jim Marrone “was awoken in Stewie and thought a swaying overhead brick-and-board bookshelf was going to fall on top of me. It didn't, but I went on to a career as a seismologist.”

John Okerblom says, “My roommate, Tom Salcido, was mumbling ‘Okerblom, stop shaking my bed’ before he fully woke up.” Cheryl (Miles) McKinley remembers “waking up at the crack of dawn, with that giant rumbling going on. I woke up thinking that a train was going by, (I remember when I was little, we lived a block from the railroad tracks, so I assume that's why I thought that), and having my brick and board bookshelves, with my 'wine bottle collection' on the top go flying across my room, covering my floor with broken glass. And watching all the boys come running out of the other side of Stewie, mostly in their jockey shorts!”

Gene Gregg remembers “sprinting out to the lawn outside Stewie (along with my roommate) in my boxer shorts. I didn't trust the structural integrity of the dorm so elected not to get dressed! After about 10 minutes of suffering from the embarrassment of being underdressed, and cold, I ‘conscripted’ my roommate to go back inside and grab our robes! Note I didn't volunteer myself to go back in!”

Guy Swenson says, “I remember the Sylmar earthquake; it played a role in my decision to major in geology.” Michael Gorman says, “I thought L.A. was going to fall into the ocean! Shows how much I knew about earthquakes, but it was bad; some buildings in downtown collapsed.”

Charley Mills remembers, “When I awoke, I was already on my feet in my room on the second floor of Stewie trying to stay balanced. I saw a transformer explode in the distance and said to my roommate, John Lund, ‘I think we're in an earthquake.’ He was just waking up. I had never been in one before, but I remembered having been instructed to get into a door frame, which I thought to do but was conflicted that doing so would be unfair to John. The shaking stopped before either of us could act. We then proceeded with everyone else to the front lawn.”