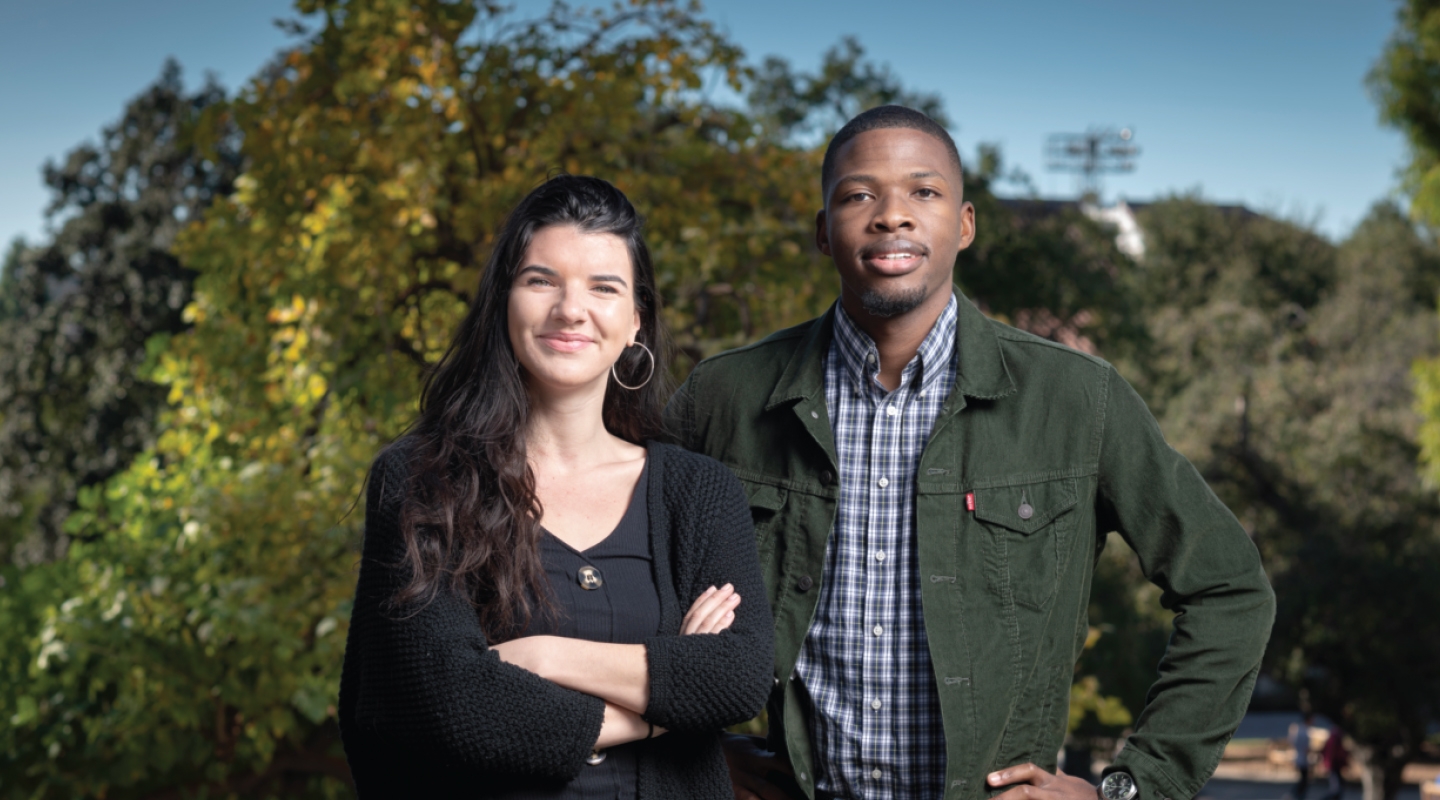 In November 2015, less than three months into her first semester at Oxy, Micol Garinkol ’19 joined hundreds of her fellow students in occupying the Arthur G. Coons Administrative Center—a five-day demonstration that sought a variety of curricular, budgetary, and operational changes, including more student say in the affairs of the College.

“When I first got to campus, there was an ethos of mistrust among the students toward the administration, and vice versa,” says Garinkol, a politics major from Boston. “The administration was far less engaged or interested in even hearing us out, or running a student-centered ship.”

Today, Garinkol says, there’s a decidedly different climate on campus: “Now more than ever, I think the administration has a better ear toward students.”

“I’ve tried to build relationships and show the administration that we really do have a competent, capable student body, and that we really should have a role in the direction of the College,” says Lesure, whose calls for shared governance have been the rallying cry of his campaign and tenure. In an April letter to The Occidental newspaper, Lesure was blunt: “Until students take on a different relationship to power at the College, fairy tales about healthy partnerships will never come to be. We don’t need any more heroes. We need shared governance.”

Lesure has been involved in leadership roles since before high school, when those around him noticed his desire to serve his community. These days his focus is on Oxy: In an email that he sent to the student body last August, Lesure wrote of the need for greater transparency in allowing students access to “important information” about College operations. He further advocated for the creation of a guidebook summarizing the roles of various administrative departments. “Nothing can function without students,” he said at the time.

While the AGC occupation prompted a commitment to change from President Veitch and the Board of Trustees—from the creation of a Black studies major to the promotion of the College’s chief diversity officer to vice president level—Garinkol credits a renewed sense of enfranchisement to increased discourse with Oxy administrators. She cites Rob Flot, dean of students, and Wendy Sternberg, vice president for academic affairs and dean of the College—both of whom joined Occidental in July 2017—as well as Marty Sharkey, vice president for marketing and communications, with breathing a spirit of collegiality into the student-administrative dyad. “They have transformed the student experience,” she says.

Flot has walk-in office hours several days a week, “in which any student can come in and have a conversation,” he says. “Both the students and the administration want there to be more intentional, thoughtful opportunities for students to be involved in conversations and to share information back with other students. We’d be remiss not to routinely engage with ASOC.”

Notable as part of ASOC’s heightened presence is the development—since the occupation—of the Diversity and Equity Board, a student-led branch of ASOC that works toward “empowerment and improved conditions for structurally marginalized groups on and off campus.” The goal of the board is to hold Oxy to its mission of diversity and equity.

Garinkol represented ASOC last year in one of the more emotionally fraught issues to confront Occidental in recent memory: the future of the football team. As part of a minority bloc, she voted to disband the team out of concerns for player safety and out of concern that the College couldn’t adequately recruit players. While the outcome wasn’t what she hoped for, Garinkol made her voice heard.

The Oxy student body, like ASOC, has also spoken: In 2017 races for the ASOC Senate and the Honor Board, more than 550 students cast ballots, higher than in recent years. Four out of 16 races were contested—a marked improvement over 2016, when no races were contested. “We as a Senate, and leaders in ASOC more broadly, have been called upon by the student body to address issues such as gender equity,” Lesure says—a call for action that has sparked renewed interest in the potential of student government.

“Occidental strives to be a college in which student input is included and considered,” Flot says. “My primary responsibility is to engage and connect with, and support the students, and ASOC is a great vehicle through which to do that. I find it to be very helpful, that routine communication.”

In the College’s recently concluded search for a new athletic director, Flot enlisted student representation on the 12-member committee. Currently he and Thalia Gonzalez, associate professor of politics, are co-chairing a new committee that will “review the most salient components of the student experience outside the classroom, and develop strategies, priorities, and goals to improve the student experience over the next three to five years.” That new 12-member committee includes four students.

Meantime, as they enter their last semester at Oxy, the current generation of student leaders are pondering their legacy. “Mostly, I hope there’s a spirit of collaboration between students and administration,” says Garinkol, who notes her leadership is inspired by “all of the women who broke boundaries in the mid-terms,” such as U.S. Rep. Alexandria Ocasio-Cortez of New York. Garinkol is now applying for paralegal jobs as well as work in the areas of finance, computer science, and analytics.

Adds Lesure, who plans to pursue an education doctorate after graduating this spring: “I think we’ve carved out a lot of space for people to work effectively and collaboratively in ways that weren’t possible in the past. Students in the future are going to really benefit from the relationships that we’ve built.”