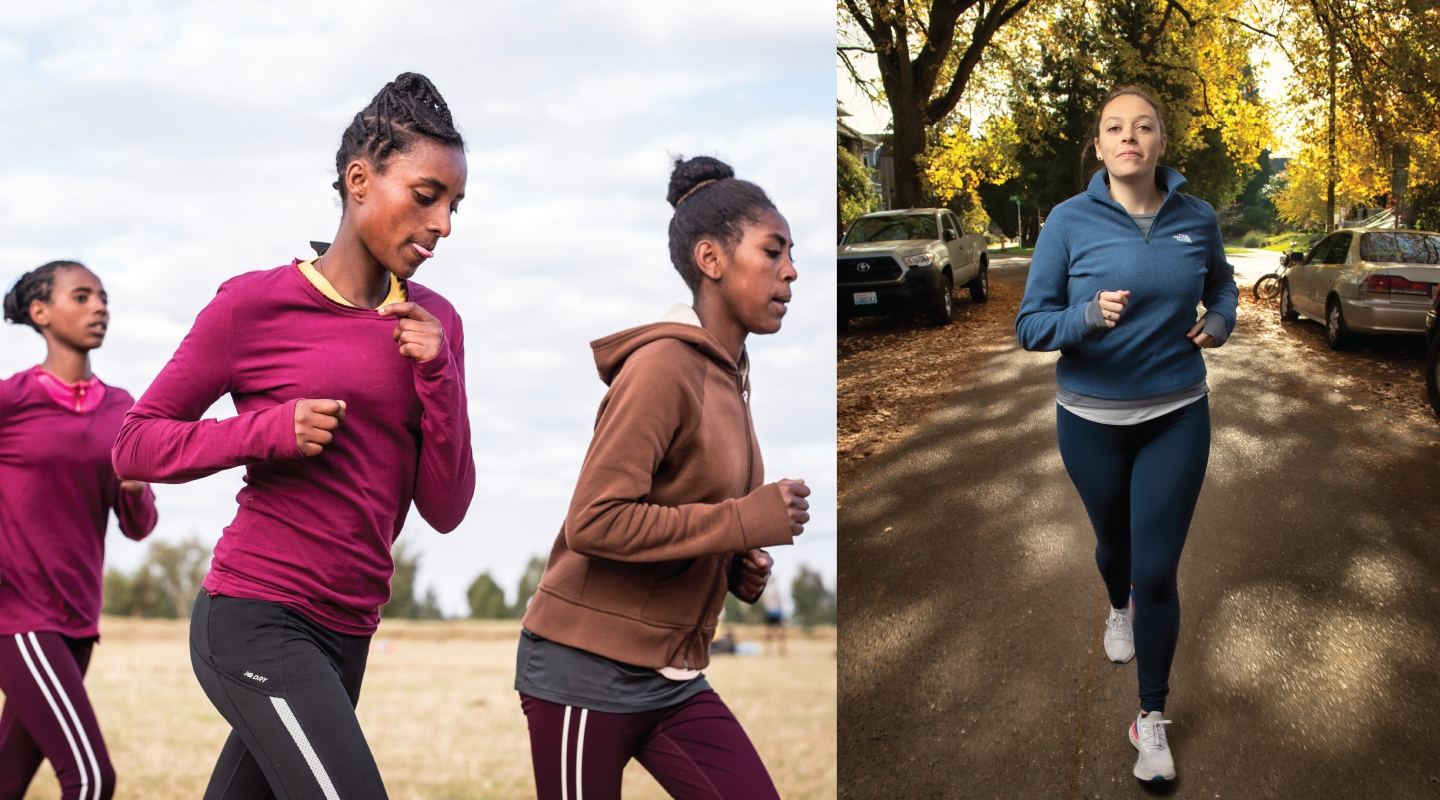 Using running as a foundation for a better life, Girls Gotta Run executive director Kayla Nolan ’11 brings hope to school-age girls in Ethiopia one step at a time

Kayla Nolan ’11 took up running as a teenager, when she ran cross country at Sammamish High School in Seattle. When she was looking at colleges in California, the Sacramento native wanted to find a school where she could run competitively. “Occidental had a really great program under Coach Rob Bartlett, who’s still there,” Nolan says. “I’m still not a very fast runner, but I love running. I also really got excited about Oxy’s environmental studies program. 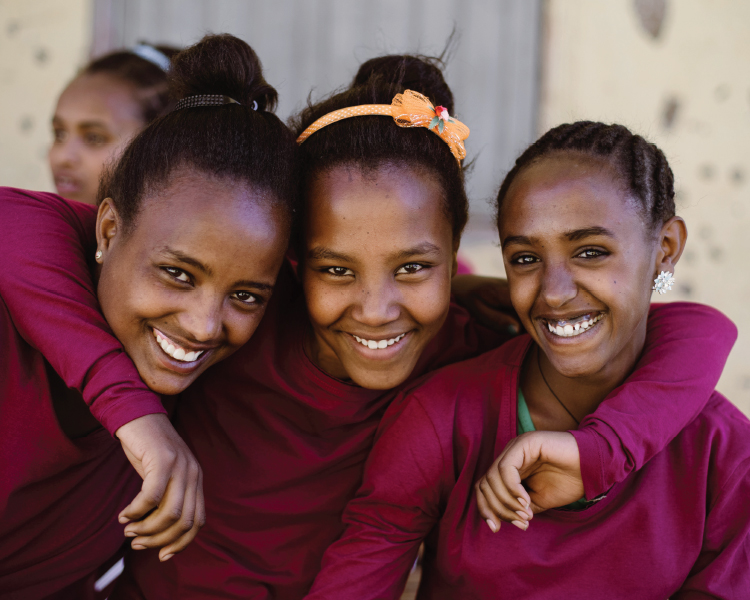 There is perhaps no sport as universal—or accessible—as running. Athletes from 78 countries participated in the Los Angeles Marathon on March 8, with runners from Ethiopia and Kenya winning the men’s and women’s fields, respectively. For young women in some of the poorest nations in the world, running competitively is seen as a path toward a better life.

As executive director of Girls Gotta Run Foundation (GGRF), an organization dedicated to the empowerment of girls through running and education in Ethiopia, Nolan has devoted nearly eight years of her life to changing the lives of hundreds of girls and their families by giving them a road map to a better future.

From its modest beginnings in 2006 around the simple idea of providing shoes and athletic gear for teenage girls in Ethiopia, Girls Gotta Run has evolved into an organization dedicated to the empowerment of girls through a variety of tools, including education and entrepreneurship­. “It started with such a humble mission,” says Nolan, whose connection to the foundation dates back to her sophomore year at Oxy. “It was really a small idea that seemed like it would make a ripple of an impact with people all the way across the world.

“When we had very few funds, we tried to invest them where they would make the biggest impact,” she adds. “If girls can just make it past the age where they’re most vulnerable to dropping out of school and entering early marriage, they already have a greater opportunity of earning an income, getting a higher education, and having the community and tools to navigate those challenges.”

It’s a remarkable organization with a mission that’s rooted in the core values of Occidental. And Nolan would likely have never been a part of it had she not embraced the many opportunities she was afforded at Oxy—beginning with a Richter Scholarship, which funds independent research abroad under the supervision of a faculty member. 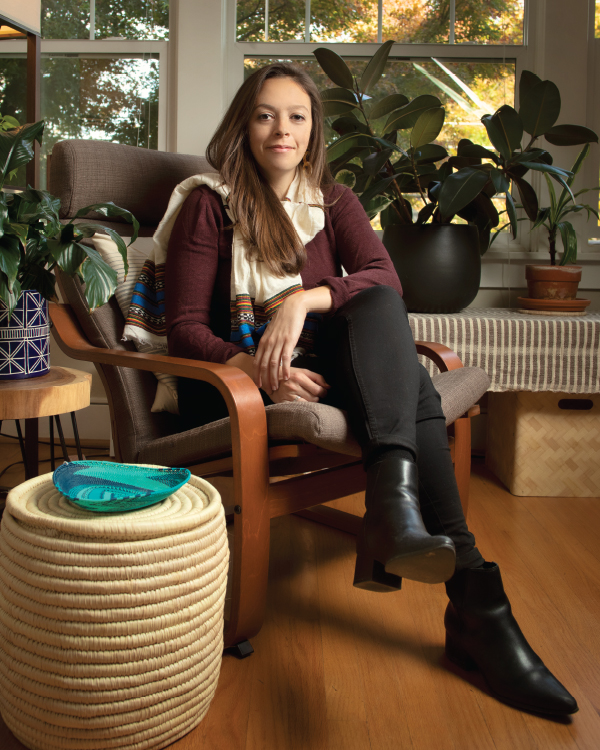 “As a long-distance runner, I was looking at the empowerment of women through running and wondered what that experience was like for other women my age,” recalls Nolan, who majored in politics. “I was looking at Kenya, Ethiopia, and Jamaica because those are pretty solid running countries. I decided not to choose Jamaica because I wasn’t a sprinter and felt I would relate more easily with athletes who ran the same distance as I did.”

Political violence in Kenya ruled out that country, so Nolan looked instead to Ethiopia. “That’s when I first got in touch with Girls Gotta Run Foundation because they were the only organization working with female athletes around education and early marriage prevention,” she says. “They were a very small project at the time. So I figured, ‘OK, that’s my in. That’s how I can talk to female runners when I get there.’ ”

Girls Gotta Run was founded by Patricia Ortman, a retired women’s studies professor and artist in Washington, D.C. Ortman read an article in The Washington Post describing the lives of teenage girls in Ethiopia who drop out of school and can be sold into marriage by their parents as early as age 12. These girls see running as “a real statement of freedom that actually turns into power,” ElShadai Negash, editor of a sports magazine in Addis Ababa, told the Post. “Female runners are idols in part because of their financial success.”

Ortman “started out with that humble idea: Let’s support women who are working so hard to choose something different in their lives,” Nolan says. “From there it expanded, and continues to evolve.”

Living that summer with an Ethiopian family, Nolan immersed herself in the country’s language and culture and, with the support of Girls Gotta Run, spent most of her time talking with women runners of all ages in different cities. “I would ask them questions like: Why pursue running out of all the things that you can pursue in your life? What keeps you going? A lot of the themes that came out from those discussions centered around national identity—that participating in the sport of running in Ethiopia brought a lot of pride to them and to their families and also economic opportunity.

“I felt like there’s just so much untapped potential in Ethiopia,” she adds. “And not many people were asking them what their lives were all about. Here I had the opportunity to sit down and talk to them, and I wanted to amplify their voice and put their story out in the context of the research, which at that time missed women’s participation in athletics in East Africa. 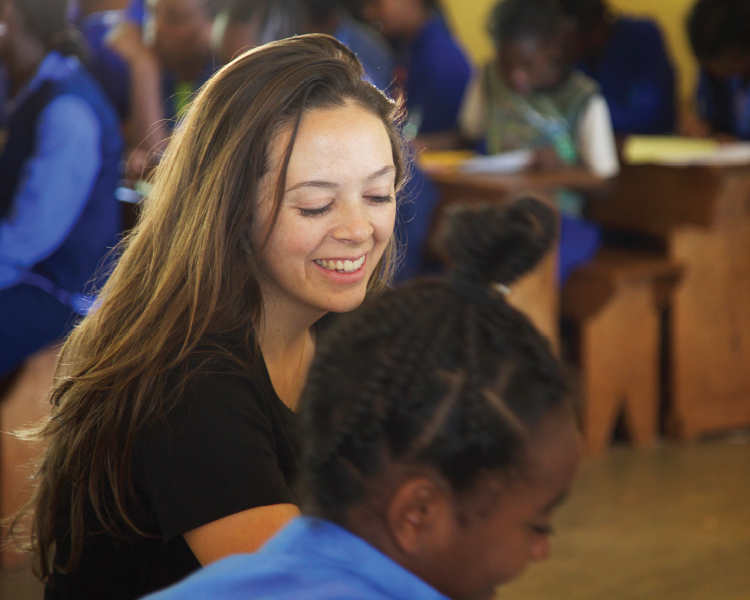 “There wasn’t a lot of research going on about running, which is funny now because everything is about running now,” she continues. “But there was an interesting upsurge in support for women’s athletics because they were just killing it internationally. The Ethiopian Athletics Federation wanted to support women because they saw the depth of talent in that field.”

With Peter Dreier, E.P. Clapp Distinguished Professor of Politics, as her project adviser, “It started looking like a quality project that I could get some value out of—not only for myself but also for eventually where the research would go. I had found a niche where not a lot of people had been researching this particular topic. So I think that opened more opportunities to me to be able to share that research.”

“Kayla wrote an outstanding report on her research, as good as many master’s theses,” Dreier says. She was subsequently invited to give a paper on the topic at a conference on women in sport development in Africa at Oxford University in the U.K. (which Nolan was able to attend with support from the Young Fund). Professor Jane Jaquette and Dreier worked with Nolan to turn her Richter report into a conference paper, “but in truth, she did it almost entirely on her own,” Dreier says.

She was also invited to present her research at a conference on “Sport and the Global South” at George Mason University in Fairfax, Va. It was around the time that she got a call from Ortman of Girls Gotta Run. The organization was looking to grow from an all-volunteer structure to “something that can have more of an impact,” Nolan says, and they wanted to her to come aboard to help grow and eventually run GGRF.

“I was 22 or something,” Nolan recalls. “I had no idea how to run an organization. But I knew the core work, so it felt like an exciting opportunity.” So Nolan joined GGRF in 2012 as executive director, working alongside Ortman while getting a crash course in running a nonprofit from the Foundation Center in New York City, “which is like a free library for nonprofits,” she says.

“Girls Gotta Run had a good mission and a good heart in what they were doing, but were limited in their strategy and capacity to fundraise and to have an impact. The more I started looking at it, the more I realized we needed to change our program model to better serve the girls that we’re working with.”

After she moved to Ethiopia full-time in 2013, Nolan concluded that some of GGRF’s program partners “weren’t the right fit for our funding model and what we were trying to do with our work,” she says. GGRF overhauled its programming the following year to support girls and their families through such areas as education (providing full scholarship support, including books, food, hygiene supplies, and medical services), running (providing girls sports gear, shoes, snacks, and water), and life skills (developing safe spaces and helping girls to build empowered lives through weekly workshops). For each incoming class of girls, there’s also a five-day workshop for their mothers, where they learn to collectively save and gain access to seed capital, “helping them build financial resiliency as we are working with the girls,” Nolan says.

By 2017, Girls Gotta Run was flourishing and its staff was well entrenched. Interest in the program exceeded the foundation’s means to support it, so Nolan moved back to the States to focus on organizational development and growth. “That’s really where I could add more value,” she says. “I’m based in Seattle now and I spend a couple months out of the year in Ethiopia.” Her office is based at the Riveter, a co-working space for women in Seattle’s Capitol Hill neighborhood.

Nolan continues to develop new revenue streams for the nonprofit. Proceeds from a fundraiser in Los Angeles last October were earmarked to launch a new program location in Agaro, a well-known coffee growing community in southwestern Ethiopia. “We’re looking to launch a program there because that community does not have any educational programming going on,” Nolan says.

One of the organization’s first partnerships was with Allegro Coffee, which created a seasonal East African coffee blend in support of Girls Gotta Run “as complex and focused as these remarkable young runners,” according to the Allegro website. 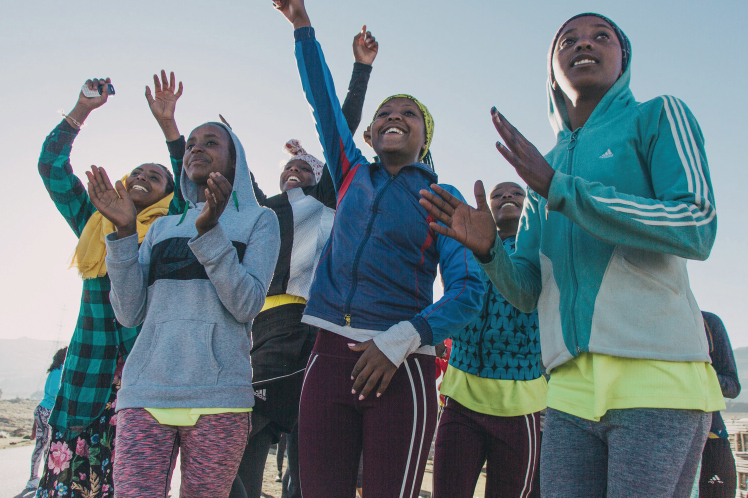 On Jan. 10, 2019, the girls participated in the Bekoji 100 relay, Ethiopia’s first ultra-relay organized for and by girls and women. Half of the team were from Girls Gotta Run and the other half were international athletes and rec­reational runners. Forty-eight runners worked together to cover the 100-mile course through the Bali Mountains and the Red Valley. “It was all to raise awareness for women’s empowerment and peace in that area, and to bring a new experience to the girls.” (A short film documenting the Bekoji 100 premiered at the No Man’s Land Film Festival in Denver on March 7—International Women’s Day—and will screen in connection with the Boston Marathon on April 18.)

Nolan is into her eighth year with Girls Gotta Run—an eternity for many people her age. “If I had known what it would take to get to where we are now as an organization, I don’t know if I would’ve taken it on,” she admits. “I’m so glad that I did but it’s one of those things that’s so much harder than you could possibly imagine.”

Returning to founder Ortman, Nolan adds, “I don’t know if she really imagined it going where it is today. It’s so powerful to see something that you created take a life of its own. I think that’s like what we would all love to see—that you make something that has its own legs and it keeps going.”