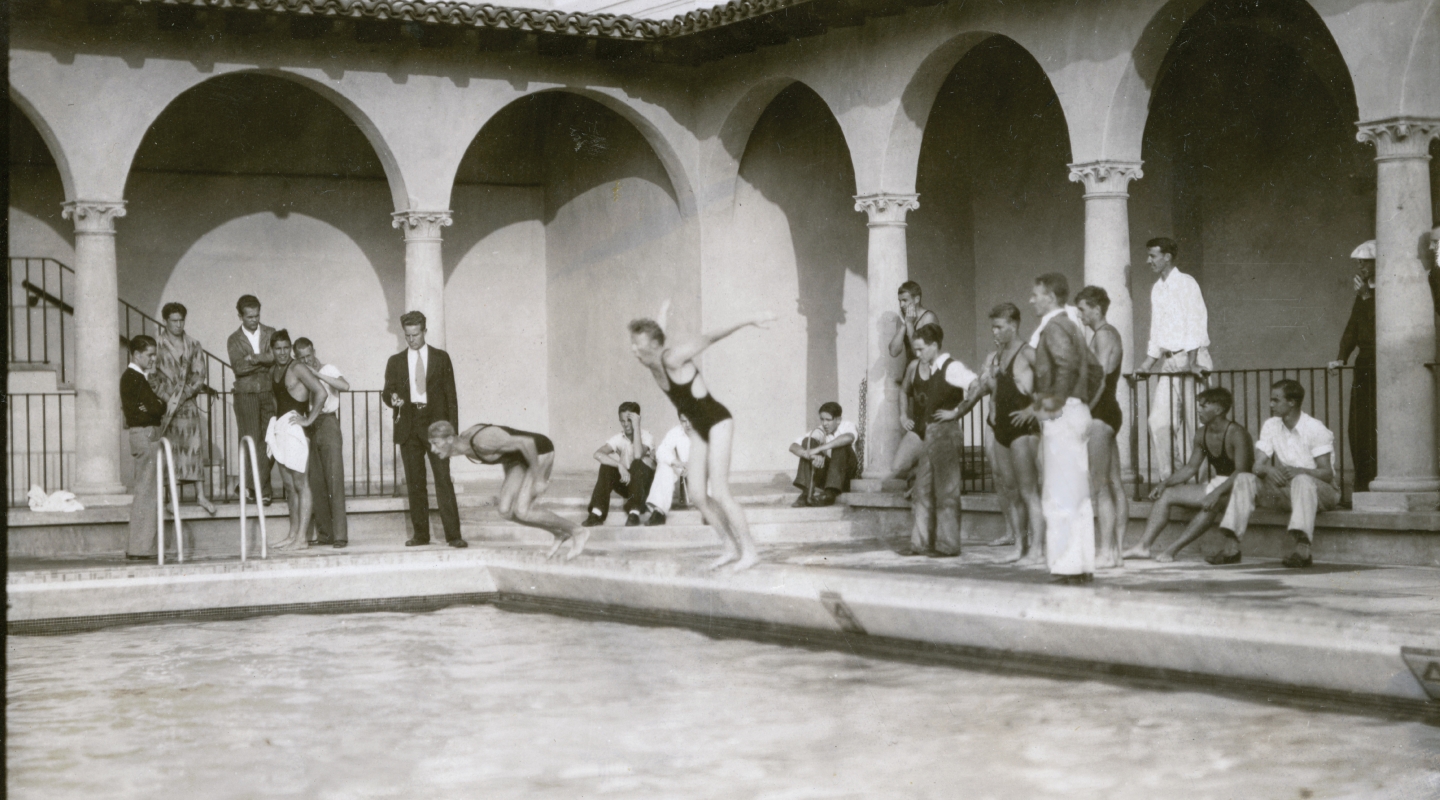 ﻿Mary Barbara Taylor ’29 was among a crowd of 200 on hand for the dedication of her namesake pool on Nov. 21, 1930. “This is an occasion in the approach of Thanksgiving for which we can truly give thanks,” Occidental President Remsen Bird said in his remarks, which also marked the dedication of the E.S. Field Memorial Building, named for the first president of the Board of Trustees.

In the nearly 90 years since, Taylor Pool has hosted hundreds of swim meets and water polo matches. Cornelia Almásy-Biedermann ’00 remembered women’s water polo coach Dennis Fosdick “doing all he could to encourage the team that they were bound for greatness, and being dropped off in front of the pool with fans and banners to welcome us when we returned from Santa Cruz as Division III national champions in 2000.”

After we reached out via Facebook for alumni stories of Taylor Pool, respondents shared memories of inner tube water polo (Sean Waklee ’96), water ballet (Susan Ashley Meyer ’68), and late-night swims (Robert Rose ’83). For Jeff McLean ’81 and his buddies, gaining access to the pool entailed jumping off the roof into the deep end above the left-most light fixture. “One could then go to the doors and let more sane friends in,” he wrote.

“I can’t imagine this will end up in the magazine, since it involved rule breaking, but it was an amazing night,” wrote Patricia Costales ’88. “Super hot out, no one could sleep. A small group of us decided to sneak into the pool, well after midnight. We climbed up and over, only to find a full spread of leftover food and drink laid out on tables waiting for us. It was like hitting the jackpot.”

“Best pool story is a friend of mine said they looked at the pool area and Ben Affleck ’95 was sunbathing and saw Ben kiss both of his biceps,” Jerrod Cardwell ’91 wrote. “This absolutely was put to me as a real story.”