﻿Worth Noting: Heard on the Street | Occidental College 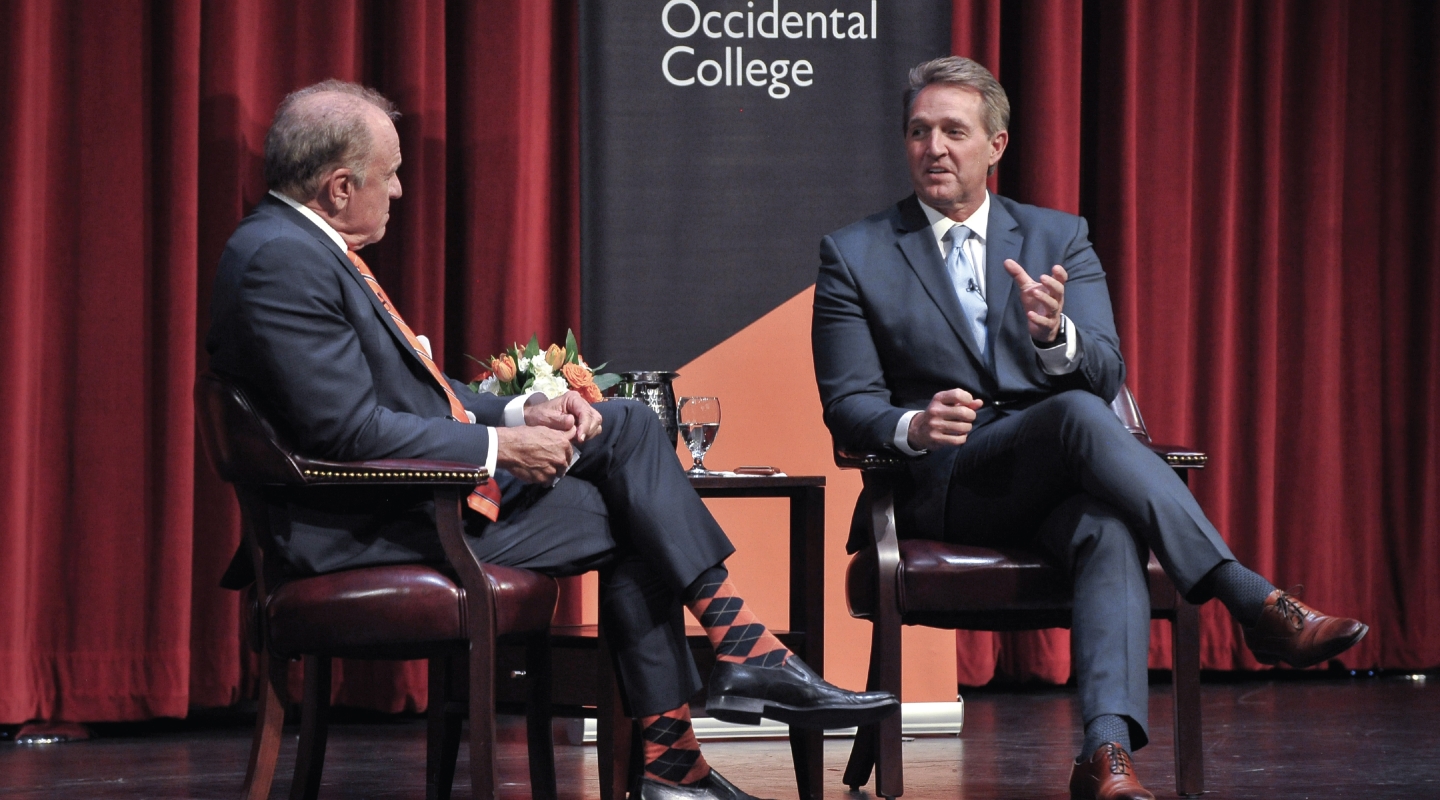 ﻿Worth Noting: Heard on the Street

It began with a trickle of emails, then swelled to a chorus of telephone calls, Facebook posts, and texts. The messages came from Occidental alumni, parents, faculty, and trustees; college counselors and admission professionals from other campuses; neighbors in Eagle Rock; and even the parents of an admitted student who had decided to go elsewhere.

All of them were spontaneous reactions to The Wall Street Journal’s Nov. 6 story that detailed the College’s refusal to participate in a scheme that is now at the center of the national college admissions scandal. Over and over, one word kept cropping up: proud.

“We’re all pretty proud of Oxy today as the WSJ story makes the rounds,” wrote one current parent. Occidental “is special in ways that are really meaningful but don’t often get valued or seen by the outside world,” an alumnus wrote. “So it’s nice to see it recognized like this.”

The story recounted how in 2012 independent college consultant William “Rick” Singer emailed Dean of Admission Vince Cuseo, asking that the College reconsider the application of one of his clients, the daughter of a wealthy family. Singer, the Journal reported, suggested that the parents would give Occidental money on top of regular tuition payments. “We can create a win-win for both of us,” Singer proposed in his email.

Singer’s admission that he inflated test scores, created fake athletic resumes, and bribed college officials to get his wealthy clients’ children into top universities is at the heart of a federal criminal investigation, dubbed Operation Varsity Blues, that has resulted in the filing of criminal charges against 52 people.

The scandal “highlighted the role of money in admissions and the often wide gulf between high ideals of meritocracy and mercenary business practices,” the Journal wrote. “Occidental has charted a different path.”

“I’ve taught extraordinary people of every ethnicity and family income over the years,” one faculty member wrote in response to the story. “Children whose parents could buy the school and those whose families couldn’t afford a week’s tuition. This piece in the WSJ is uplifting in affirming Oxy’s belief in supporting opportunity.”

In addition to the messages of pride and celebration, many people—some of whom had no ties to the College—sent in gifts totaling tens of thousands of dollars. “Let all of us send a contribution to Occidental right now to recognize the importance of what they are doing,” one Journal subscriber posted.

“I tell every college-bound kid I know to apply to Occidental,” wrote the parent of the accepted student who enrolled elsewhere. “I hope someone will read the WSJ article and give you gobs of money. Oxy richly deserves it.”

“If the president wins, it’s difficult to see how that will happen,” he told moderator Grant Woods ’76—the former two-time attorney general of Arizona—before a large audience of students, faculty, and alumni. “Not much in Washington is driven by philosophy or principle now. We may have a cult of personality in a way. … On core big issues that the president defines as important and rallies the base on, if you are contrary on those, you will have a hard time.”

Flake said he agreed with Trump’s positions on such traditional conservative issues as tax cuts, support for the military, and reducing federal regulations. But the president’s embrace of authoritarian leaders, the imposition of tariffs, his denigration of allies, and his demonization of immigrants represent populism, not conservatism, and “will have long-lasting consequences,” he said.

» For the 15th consecutive year, Occidental is one of the country’s top producers of student Fulbright Awards, according to the Chronicle of Higher Education’s annual Fulbright rankings. Seven Oxy seniors and one alumna won 2019-20 Fulbrights to work and study in seven countries on three continents. The eight are among 116 Oxy students and alumni who have won Fulbrights since 2003.