The Biology of Changemaking | Occidental College 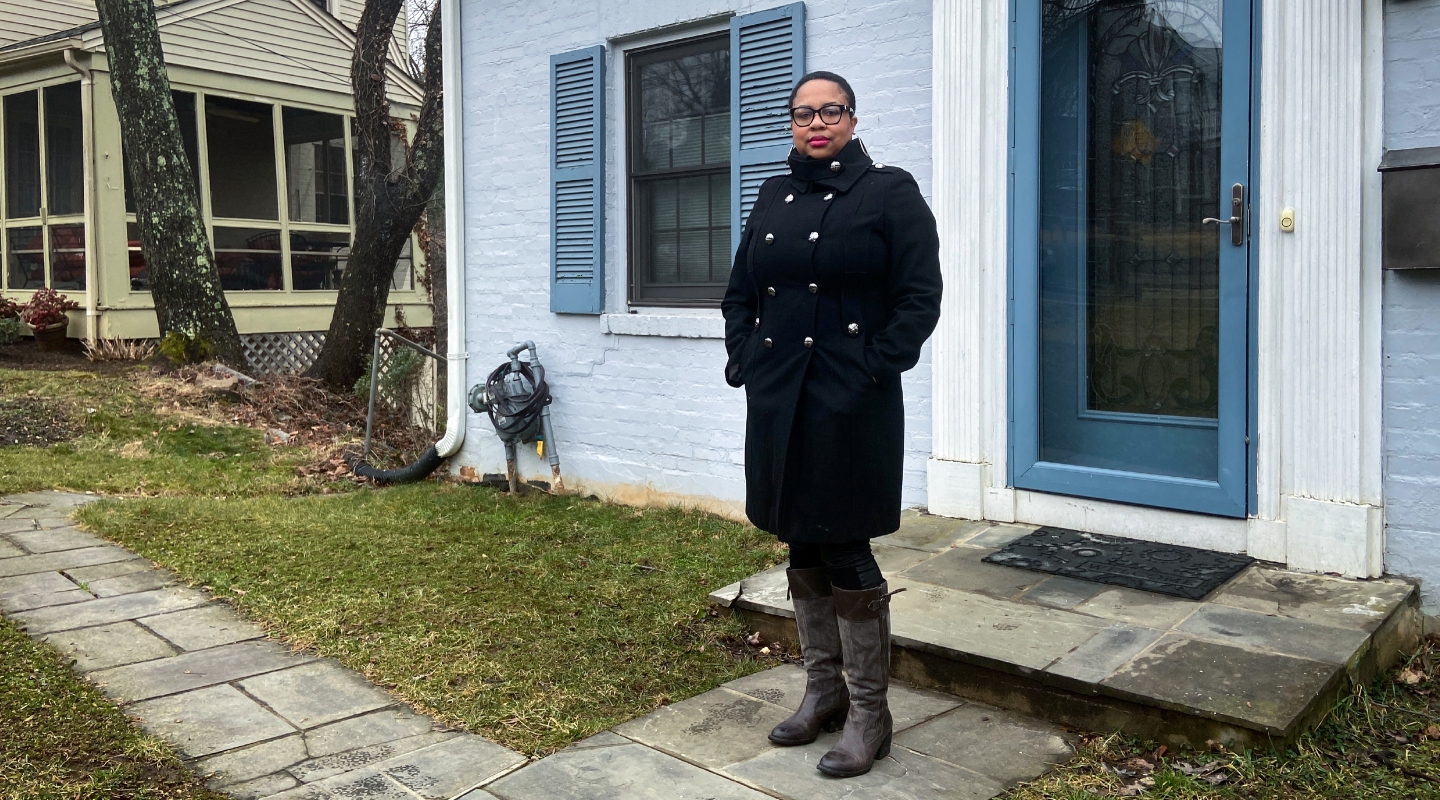 The Biology of Changemaking

With heart, energy, and a passion for research, Namandjé Bumpus ’03 becomes a role model for others as a trailblazing director at the Johns Hopkins University School of Medicine

Namandjé Bumpus ’03 was 7 years old when, in a pique of curiosity unsurprising to her parents, she scribbled a letter to the American Chemical Society. The always inquisitive youngster got straight to the point: What do chemists do?

“They sent me back brochures about all of the various career options,” she recalls. “I was so excited, and I knew then that I wanted to do something related to chemistry.”

More than three decades later, Bumpus remains true to her dreams. Last May, she was named director of the Department of Pharmacology and Molecular Sciences at the Johns Hopkins University School of Medicine. She is the first African American woman to lead a department at the medical school, and the only Black woman currently chairing a pharmacology department in the nation. (In 1988, Dolores Shockley of the Meharry School of Medicine in Nashville became the first Black woman to chair a pharmacology department at an accredited medical school in the United States. She died last October.)

Pharmacology—the biology and development of therapeutic drugs—made perfect sense to Bumpus, who was thrilled to receive the chemistry sets her parents gave her as a young girl: It’s the interface of chemistry, biology, and medicine. She has since used her talents to research how genetic differences affect the ways antiretroviral drugs are metabolized by HIV patients.

“I have a special interest in infectious disease because of the disproportionate impacts that often exist for Black people, and others from historically marginalized groups,” Bumpus says. “My goal is to be able to personalize the use of drugs for disease treatment and prevention.”

“She has a very high level of energy, a heart for students, a heart for diversity and equity and justice, and a heart for science,” Craig Hendrix, director of the Division of Clinical Pharmacology, said in a JHU news story announcing Bumpus' promotion. “It's a tremendous combination.”

The second of three children and the first in her family to graduate from college, Bumpus grew up in Philadelphia and Amherst, Mass. Her mother, Patricia Wilson, was a special education aide; her father was heavyweight boxer-turned trainer G. Djata Bumpus (who was once managed by heavyweight champion Joe Frazier). “My dad was into books and reading, and I grew up in a family of scholarship, and discussions about civil rights and community activism,” says Bumpus, who inherited from both her parents a never-surrender scrappiness. 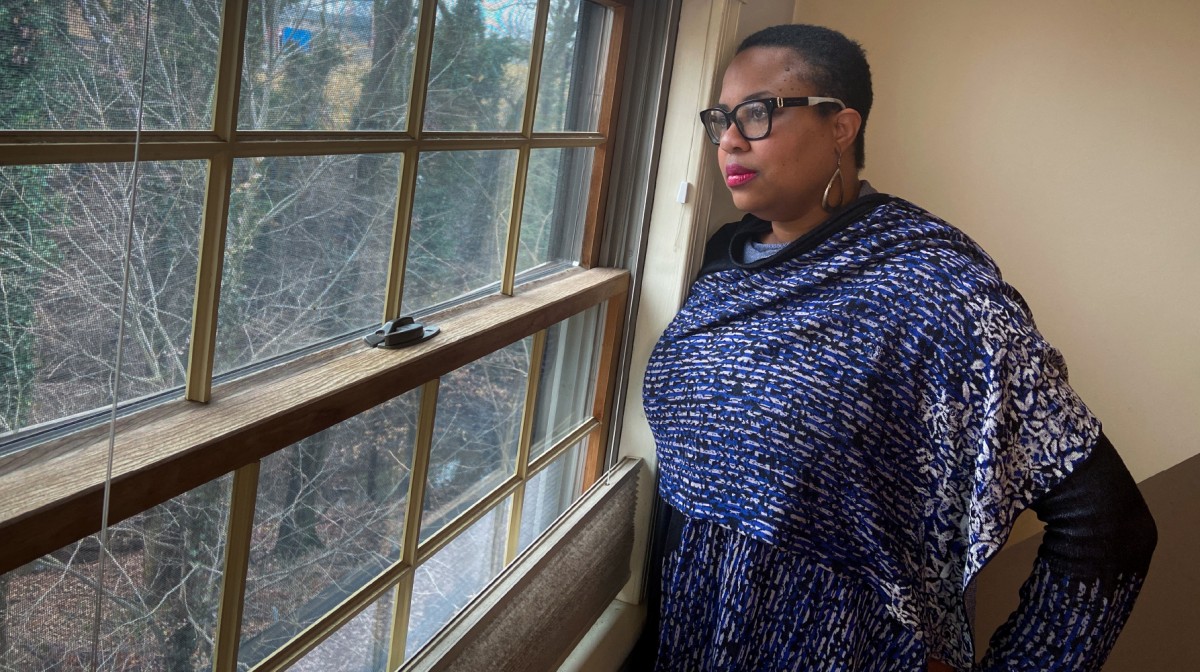 She had no science role models growing up, and a number of teachers discouraged Bumpus from becoming a scientist. “I had a math teacher tell me flat out, ‘Black girls don’t go to college,’” she recalls, but her family rallied around her. “I never doubted that I could do what I wanted because my family made it so automatic for me,” she adds. “I’d say, ‘I want to be a scientist,' and they’d say, “Of course, you’re going to be a scientist.’”

Bumpus—who applied to Oxy sight unseen—knew she wanted a small school “where I could really learn science.” But her reasons for enrolling at Oxy had more to do with meteorology than her biology major. “I grew up in cold places, and I never liked winter,” she says. “I always told my parents, ‘I’m going to California.’ I had an uncle who would always travel out there for work, and it sounded great. That’s where I wanted to be.”

She nurtured her curious streak at Occidental, studying galls—unusual tree growths caused by sawflies—alongside Biology Professor Elizabeth Braker. In an immunology class taught by Biology Professor Roberta Pollock, she spent up to 20 hours a week in the research lab—far more than the required five hours. “I was consistently amazed by Namandjé’s drive and dedication,” Pollock says. “It was clear that she loved research.”

“Too often, the response to anti-Blackness in academia is to instruct Black students, fellows, staff, and faculty members to simply ‘fix’ their feelings, rather than demand transformation of the institution.”

With the help of Gretchen North, the John W. McMenamin Endowed Chair in Biology, she secured a grant from the Monterey Pine Consortium to research the effect of forest burns on plant diversity. “I loved it,” says Bumpus, who in 2002 received a Howard Hughes Medical Institute fellowship that she used to do a research project with Pollock. “My early success with research certainly helped bolster my confidence in going to graduate school and becoming a faculty member myself.”

“Namandjé envisioned what she needed to do, and she saw the path,” North says. “She’s really good at quantitative reasoning. Namandjé could get the answer without going through all of the steps, it seems.”

Her preternatural science skills and unwavering focus notwithstanding, Bumpus showed a less serious side as well, North attests: “She has a laugh that I hope everybody gets to hear. It’s a terrific laugh.” 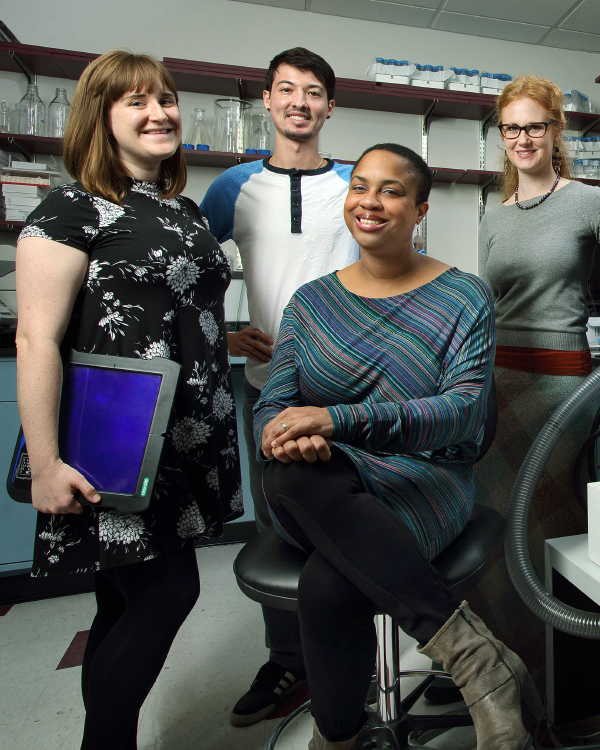 Bumpus joined Johns Hopkins in 2010 as an assistant professor in the division of clinical pharmacology. (For 2021, the Johns Hopkins medical school is ranked No. 2 in the country for research by U.S. News & World Report.) In 2015, she became an associate professor and the school’s first associate dean for institutional and student equity, working to diversify the student body.

After her most recent appointment prompted derogatory comments and backlash via Twitter and email, Bumpus addressed racism in academia in an opinion piece for Nature magazine. “Too often, the response to anti-Blackness in academia is to instruct Black students, fellows, staff, and faculty members to simply ‘fix’ their feelings, rather than demand transformation of the institution,” she wrote. “Every time I have received a scientific award or grant since my graduate studies, I have been told by members of faculty that my achievements are bestowed on me merely because I’m Black.”

The challenges facing minority scientists remain formidable. In 2017, almost 70 percent of scientists and engineers in the United States were white, according to the National Science Foundation. (“Only certain people are encouraged,” Bumpus laments. “We lose a lot by not being more inclusive.”)

Bumpus is a willing role model. She accepts invitations from high schools to speak to underrepresented students considering careers in the sciences. “I try to let students know that I know what they’re experiencing, from my own experiences in school,” she says. “Hopefully, I can make someone’s load a little lighter by having them see me and talk to me.”

Fostering diversity is critical: Failing to be all-inclusive risks ignoring racial genetic differences in the development of drug treatments. Inclusion is a “moral issue” that abjures “antique perspectives of things,” she says.

In celebration of Black History Month in February, Bumpus was included in a virtual museum of 30 “African American changemakers who are leading the world right now” as part of Microsoft’s Legacy Project.

The married mother of two, meantime, isn’t exulting in her trailblazing status at Johns Hopkins. “There’s a lot of solitude in being first, it’s not easy,” she says. “But I’m not going to be the only one for very long, I’m going to make sure of it.”

Faught wrote "Making It Work" in the Summer/Fall 2020 issue. Bumpus was photographed virtually by Marc Campos in February.