When Occidental trustees held a series of seven listening sessions with faculty, students, and staff in conjunction with the Board’s April meeting on campus, there was no shortage of subjects on the table. Campus activism typically reaches its annual peak during the spring term, and this year was no exception. Yet unlike recent years, there was conversation rather than confrontation. A series of earlier town halls and other meetings fostered an ongoing dialogue that, among other things, produced a joint statement from President Jonathan Veitch and ASOC President Jacques Lesure ’19—the first of its kind in recent memory.

Concern about the experience of students of color at Oxy not only today, but in decades past—an issue that was the centerpiece of the November 2015 occupation of the Arthur G. Coons Administrative Center—re-emerged this spring on a number of fronts. An opinion piece in the March 20 issue of The Occidental by Peter Dreier, the E.P. Clapp Distinguished Professor of Politics, called for the revocation of a 1929 honorary degree awarded to eugenicist Paul Popenoe of the Class of 1909—who advocated the sterilization of so-called “inferior” races and others deemed “unfit” to reproduce—as part of “a serious effort to explore [Oxy’s] history.”

Less than two weeks later, Courtney Baker, associate professor of American studies and Black Studies chair, announced her resignation after three years at Oxy in protest of what she felt was a lack of faculty and administrative support for the College’s Black Studies program, whose creation met one of the demands of the 2015 occupation.

A March 22 listening session organized by Lesure was attended by dozens of students and senior administrators, including Veitch and deans Wendy Sternberg and Rob Flot. The organization of an ASOC Direct Action Committee was announced shortly afterward; a list of nine demands focused on greater support for current Black students and Black Studies, as well as revocation of the Popenoe degree, was distributed to students at the annual Springfest event April 6.

Yet consultations with faculty and student leaders that had begun weeks earlier continued. On April 11, Veitch and Lesure issued a joint campus message to report on the results of a meeting the day before. “While we did not agree on every point, we discovered that we share many of the same ambitions for how we can better support our Black students, realizing that this has implications for other marginalized students as well,” they wrote.

The message went on to outline a joint recommendation to trustees to revoke the Popenoe degree, “enthusiastic support for a robust curriculum in Black Studies,” and a commitment to forming a new working group to follow up on a variety of other proposed initiatives to improve the experience of Black students and other marginalized groups.

The Board voted to revoke Popenoe’s degree at its April 26 meeting, even as it heard of student and faculty concerns about other issues. Among them:

Gentrification in the Eagle Rock and Highland Park neighborhoods surrounding the College. A “principles working group” representing Occidental Students United Against Gentrification has been working with Amos Himmelstein, Oxy’s chief operating officer, to persuade the Board to adopt a detailed set of principles to guide future off-campus real estate acquisitions. Trustees agreed to four basic principles proposed by the group but declined to endorse the entire document, which they characterized as unrealistically restrictive.

Divestment from targeted companies that are active in Israel. On April 22, the Occidental chapter of Students for Justice in Palestine, a national advocacy group, wrote to the Board demanding that the College divest its holdings in eight companies that operate in Israel as well as be more transparent about College investments in general. Shortly thereafter, a change.org petition was launched urging the Board to reject the divestment demand. No decision has been made, as trustees are reviewing the issue.

Unionization of adjunct faculty, commonly referred to non-tenure track (NTT) faculty. On April 1, a committee of longtime NTT faculty filed a petition with the National Labor Relations Board to hold an election and allow adjunct faculty to decide whether or not they want to be represented by the Service Employees International Union in pursuit of a variety of goals, including better benefits. “The choice is yours alone and we will honor whatever outcome you select,” Sternberg told adjunct faculty in an email prior to the election. The vote was 61 to 16 in favor of representation. 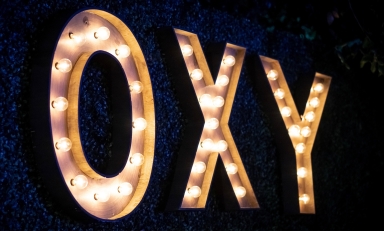