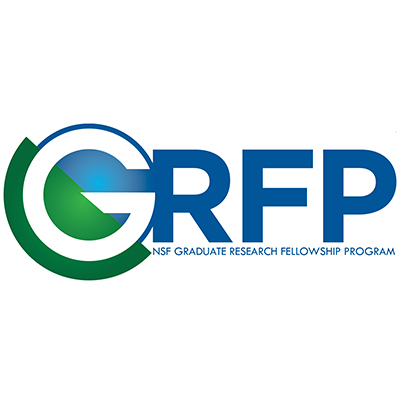 Three Occidental students and alumni have been awarded prestigious National Science Foundation Graduate Research fellowships, awarded annually to candidates in the sciences and social sciences who are pursuing a master’s degree or Ph.D.

Heidi Aronson ’16, a biology major from Los Altos who is currently pursuing a Ph.D. in geomicrobiology at USC; Robert Bogue ’17, a geology major from Los Angeles (and son of Oxy geology professors Scott Bogue and Margie Rusmore), currently working as a climate scientist for NASA; and Bryce Hickam ’18, a chemistry major from Woodland Park, Colo., will receive support for their graduate studies from the NSF. This is the second consecutive year that an Oxy undergraduate has been awarded a fellowship, which usually go to graduate students.

The fellowship provides three years of support for graduate study leading to research-based advanced degrees and is intended for students in the early stages of their graduate work. It provides a $34,000 living stipend and  $12,000 per year for tuition for three years within a five-year period. This year, the NSF offered 2,000 fellowships out of a field of more than 12,000 applications.

"The fellowship is essentially the most prestigious award for early-career graduate students," said Occidental assistant professor of chemistry Jeff Cannon. "It’s highly competitive, and receiving it is a vote of confidence from the NSF that they will have a successful graduate career. The application requires digging deep into a problem and finding an effective solution that holds muster to the career scientists that evaluate the proposals. It’s no mean feat by any respect."