China on His Mind | Occidental College

China on His Mind 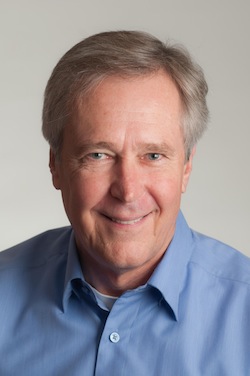 Journalist James Fallows inaugurated the Wellington K.K. Chan Distinguished Visitors in Residence Program in Chinese Studies at Occidental with a lecture on "Living in the World That China Makes" on April 2.

He discussed how China’s rapid development is affecting "the rest of us" on four levels—economically, environmentally, conceptually and personally.

Fallows insisted that China is not the economic threat to the United States that many make it out to be. For one thing, the country has its own economic growth problems, such as lack of a corporate structure (only 6% of Americans can came one Chinese brand name, he pointed out) and built-in economic inefficiencies (such as cheap construction). Plus, America’s economic problems are due to domestic issues that have to be dealt with "whether or not China is present at all," he insisted.

Pollution is China’s biggest problem, he said. "The pollution burden on Chinese society is becoming intolerable," he said. "It is the big story of China now." Related to the "dramatic and startling" pollution, which affects air and groundwater, is a birth defect crisis, cancer clusters and farm failures (crops won’t grow, livestock is dying), he said.

The pollution, plus the fact that the country has "no developed sense of conservation of natural resources" threatens to make China "a burden for the rest of the world."

As far as other conceptual and personal "threats" posed by China, Fallows insists that if Americans make China "a familiar part of the mental landscape," they will realize that the country is not as scary as we fear. "Learn the language, visit and spend time in China," he said. "China is making the world a more interesting place."

Fallows, author and Atlantic Monthly correspondent, and wife Deborah Fallows, a linguist and author, spent a week on campus, from March 25 to April 2, engaging in a series of classroom visits, open office hours and the April 2 public lecture. It was a weeklong opportunity for students and faculty to engage in discussions about Chinese politics, language, technology and global relations.

Fallows has reported from around the world for more than 30 years, including most recently three years in China. He has won a National Book Award and a National Magazine Award, plus an Emmy. He is a regular commentator on National Public Radio, has appeared frequently on TV, from the Charlie Rose Show to the Colbert Report, and was a visiting professor at the University of Sydney in Australia.

His new book, China Airborne, was released by Pantheon in May 2012. Other recent books include Postcards From Tomorrow Square: Reports From China; Breaking the News: How the Media Undermine American Democracy; and Blind Into Baghdad: America’s War in Iraq.

Deborah Fallows has written extensively on language, education, families and work, China and travel for publications including The Atlantic, Slate and National Geographic.  She has just completed an international tour for her latest book, Dreaming in Chinese: Mandarin Lessons in Life, Love, and Language, which is based on her three-year experience living and working in China.  She holds a Ph.D. in linguistics.

The Distinguished Visitors Residency was established to honor Professor of History Emeritus Wellington Chan, an internationally known scholar who taught at Occidental for almost 40 years. The program will bring distinguished scholars or public intellectuals with expertise in Chinese studies to campus to participate in a number of China-centered events and activities.

Occidental has a long tradition of teaching and study of Asian cultures that dates to 1916.