Confessions of a Climate Change Convert 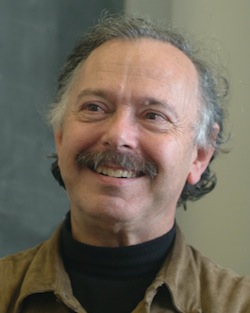 Richard A. Muller, a MacArthur "genius" grant-winning physics professor at UC Berkeley, will speak at Occidental on March 4 on "A Converted Skeptic: Climate Change, Its Human Origins, and What We Can Do."

Muller, an Earth sciences specialist who was originally a global warming skeptic, was given research funds by Charles Koch of the Koch Brothers, the billionaire businessman known for funding climate skeptic groups like the Heartland Institute, to study the issue. Rather than debunking the theory, Muller’s analysis convinced him that global warming is in fact a real phenomenon.

Muller’s talk, sponsored by the Antoinette and Vincent M. Dungan Lectureship in Energy and the Environment, will take place at 11:45 a.m. in Thorne Hall on the Occidental campus. It is free and open to the public.

In October 2011, Muller wrote in an op-ed in the Wall Street Journal: "When we began our study, we felt that skeptics had raised legitimate issues, and we didn't know what we'd find. Our results turned out to be close to those published by prior groups. We think that means that those groups had truly been very careful in their work, despite their inability to convince some skeptics of that."

"Global warming is real," he concluded. "Perhaps our results will help cool this portion of the climate debate."

Less than a year later, he went even further in an op-ed in the New York Times: "Last year, following an intensive research effort involving a dozen scientists, I concluded that global warming was real and that the prior estimates of the rate of warming were correct. I’m now going a step further: Humans are almost entirely the cause.

"My total turnaround, in such a short time, is the result of careful and objective analysis by the Berkeley Earth Surface Temperature project … Our results show that the average temperature of the Earth’s land has risen by two and a half degrees Fahrenheit over the past 250 years, including an increase of one and a half degrees over the most recent 50 years. Moreover, it appears likely that essentially all of this increase results from the human emission of greenhouse gases."

Muller’s BEST project intends to provide an independent analysis of Earth's surface temperature records. Muller’s research has also included attempting to understand the ice ages, dynamics at the core-mantle boundary, patterns of extinction and biodiversity through time, and the processes associated with impact cratering.

He is a faculty senior scientist at the Lawrence Berkeley National Laboratory, and was a member of the JASON Defense Advisory Group, which brings together prominent scientists as consultants for the U.S. Department of Defense.

He was named a MacArthur Foundation Fellow in 1982, and received the Alan T. Waterman Award in 1978 from the National Science Foundation "for highly original and innovative research which has led to important discoveries and inventions in diverse areas of physics." He is the author, most recently, of Energy for Future Presidents: The Science Behind the Headlines (2012).