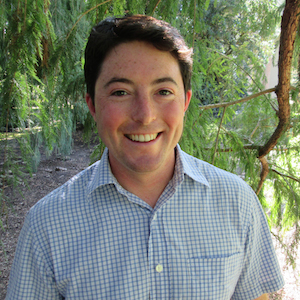 The six-year, $600,000 grant will allow the associate professor of psychology to look into how our intuitive ideas about natural phenomena are affected by actual scientific facts. For example, more people endorse supernatural (creationist) explanations of biological adaptation -- such as why giraffes have long necks -- than natural ones, Shtulman says. Of those who endorse natural explanations, more people endorse incorrect explanations than the correct ones.

Similar trends have been observed in the public’s preferred explanations for many other phenomena: the origins of the universe and of life, climate change, natural disasters, human consciousness, biological inheritance and the causes of illness and death, according to Shtulman. In general, "People eschew scientific explanations in favor of either supernatural explanations or natural, yet empirically incorrect, explanations."

"I'm thrilled to receive this grant because it will allow me to expand my lab in several ways," Shtulman says. "I will be able to support up to 25 Occidental students interested in pursuing grant-related research during the summer research program. I will have money to bring two postdoctoral fellows to campus to conduct research and to teach classes related to that research. And I will be able to host two interdisciplinary workshops focused on the main themes of the grant: the coexistence of scientific theories and intuitive theories and the role of cognitive reflection in conceptual development."

The McDonnell Foundation was established by James S. McDonnell in 1950 to support scientific, educational and charitable causes locally, nationally and internationally. The Foundation has a long-standing interest in understanding human cognition. The JSMF Scholar Awards support research studying how neural systems are linked to and support cognitive functions and how cognitive systems are related to an organism’s (preferably human) observable behavior.  Since its inception, the Foundation has awarded over $347 million in grants.