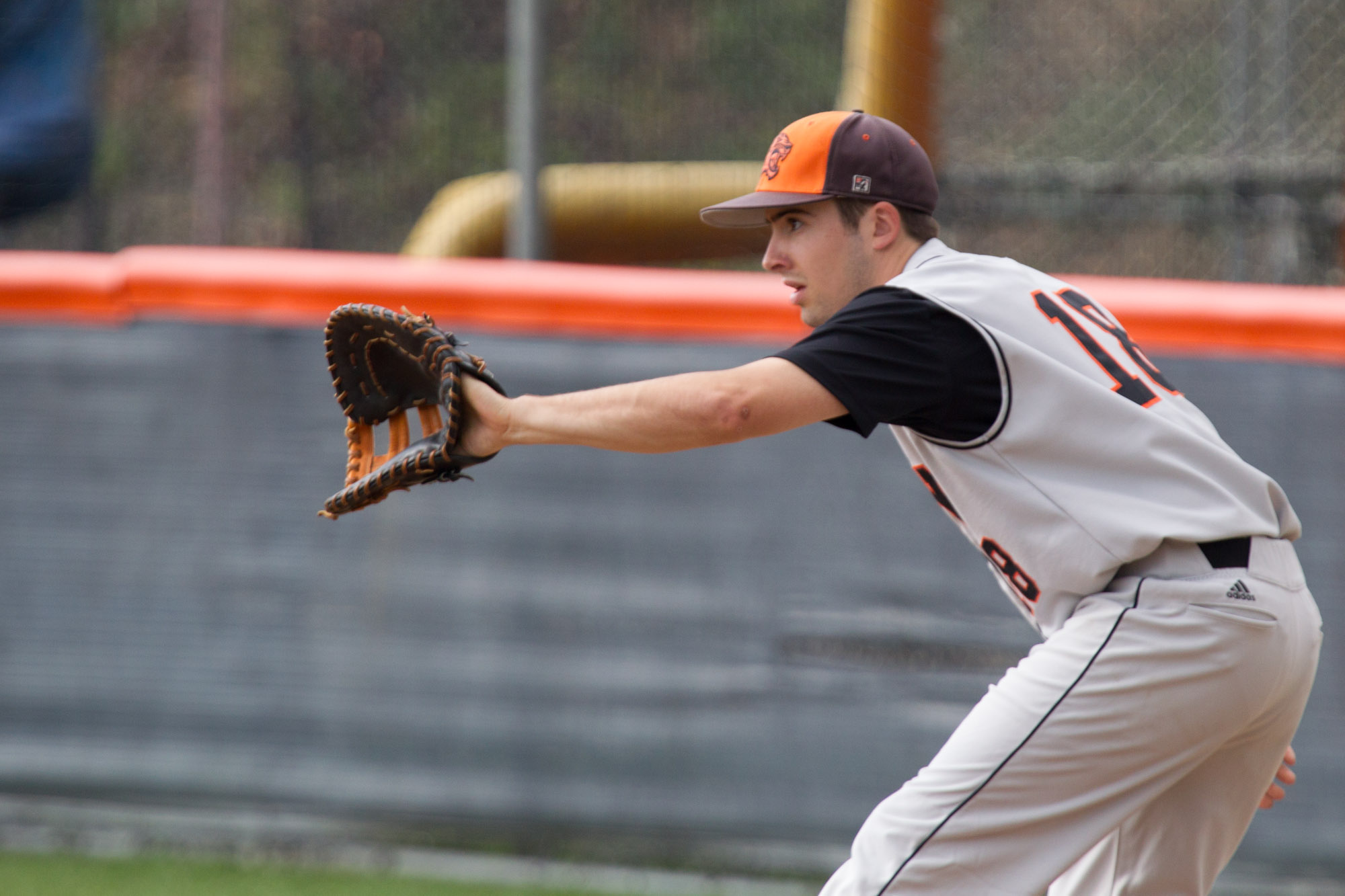 A love of the game inspires a kinesiology major to study the effect of bilateral bunt training on baseball bunting skills and bimanual motor coordination.

Historian and Moneyball author Bill James famously noted that the bunt is "the only play in baseball that both sides applaud."

Van Fudge ’14 has taken an interest in the offensive play that requires timing, dexterity, and knowledge of infield positions.

"Throughout my playing career, I have never seen or taken part in an effective method to practice bunting," he says. "There is no standard method for bunt practice in the baseball world, and oftentimes coaches do not devote time to practicing bunting because they believe, and oftentimes are correct, that the practice their team is doing is not effective."

The kinesiology major and Tigers baseball infielder is working with two local Little League teams to study the effect of bilateral bunt training on baseball bunting skills and bimanual motor coordination. Hopefully, when he finishes his work with the Summer Research Institute, he’ll receive some applause himself.

Occidental’s Summer Research Program provides students with a paid full-time, 10-week mentored research experience. Fudge worked with Lynn Mehl, professor of kinesiology, to refine his research goals and make it possible to complete them over the summer.

Fudge has one team’s players bunting with their dominant hands and the other team’s players bunting with both their dominant and non-dominant hands in order to evaluate which technique results in better performance and to evaluate the theory of bilateral transfer (the transfer of learning or performance from one side of the body after training the other).

Though individuals can clearly learn to dissociate their limbs for bimanual tasks (ones that involve asymmetrical movement), the control mechanism for this process remains unclear. Proprioceptive feedback (use of the sense-relative position of nearby parts of the body and strength of effort involved in movement) and visual feedback (use of external visual cues) are two potential mechanisms.

If the children practicing with their left and right hands become better bunters, this would support proprioceptive feedback as the mechanism for bimanual motor coordination.

In addition to helping determine this mechanism, Fudge’s research may also ultimately help in developing methods for bunting practice and provide further insight into how limbs are decoupled in bimanual motor tasks.

"My hope is that my research brings something of value to the academic community, even if it is only an idea or some small and specific part of my methodology," he says. "Here at Oxy there are many students conducting research who will uncover novel and exciting ideas, and it is cool to be part of that community."

Colleen Scribner in the Undergraduate Research Center contributed to this story.