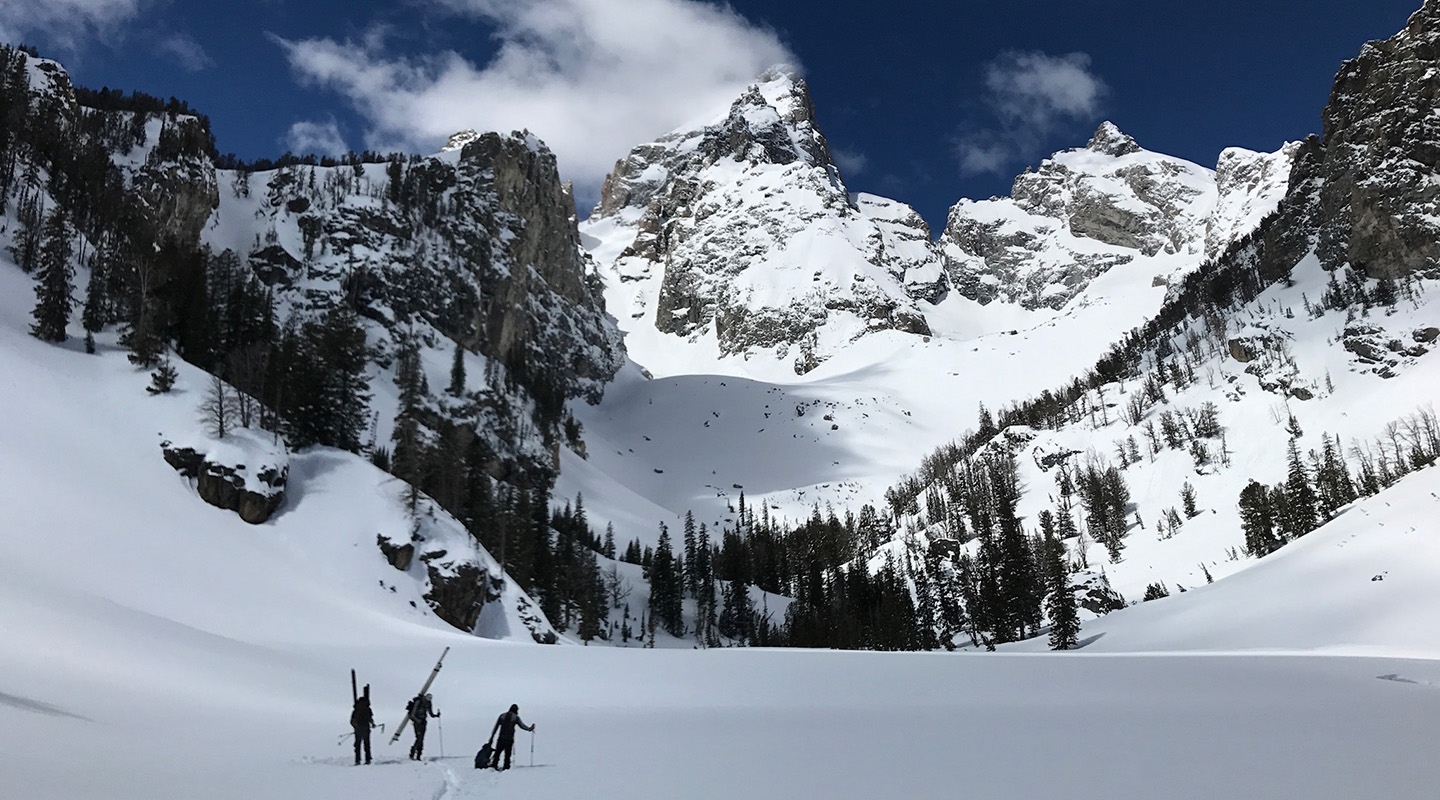 New research illuminates how glaciers have responded to past climate changes

Professor Darren Larsen and former student Aria Blumm ’19 analyzed sediment from a glacial lake to learn about glacier fluctuations and climate shifts over the last 10,000 years.

Assistant Professor of Geology Darren Larsen is the lead author on a new research paper in Science Advances along with co-authors Blumm and Sarah Crump of the Institute of Arctic and Alpine Research at the University of Colorado. The research, funded in part by the National Science Foundation, focuses on the history of the Teton Glacier—an iconic glacier in Wyoming’s Grand Teton National Park—over the past 10,000 years. Over multiple expeditions, a team of researchers collected sediment core samples extending nearly 40 feet below the bottom of Delta Lake.

The lake’s location just downstream of the glacier has allowed it to collect and preserve layers of sediment deposited by glacier erosion. Components within the sediment like organic material, rock, sand, silt and clay can be analyzed in the lab to reveal a record of past climate and weather patterns.

“One of the motivations for this work to reconstruct past glacier fluctuations is to really get at the underlying changes in climate that drove them,” Larsen says. “Having this continuous sedimentary archive associated with an individual glacier is unusual—this is one of the most well-resolved and most complete glacier records in the western United States.”

The research demonstrated that these alpine glacier systems have been on the landscape for much longer than previously thought, Larsen says. “[The glaciers] persisted in a mostly dormant state during earlier prolonged periods that were warmer and drier than the present, which can serve as an analogy for where we may be headed in the next few decades.”

The other main finding was that the glacier appears to be quite sensitive to changes in winter snowfall, meaning dwindling snowpacks in the future could pose a problem for glacier health. “We showed that there have been major changes in hydroclimate in this region, particularly winter precipitation, which had previously been unrecognized,” Larsen says. How these patterns played out in the past may shed light on how they evolve in the future in a warming world.

The field work for this research was very involved and physically demanding. Data collection was made easier by working while the lake’s surface was frozen solid. For two consecutive springs, researchers skied seven miles up to the field site at Delta Lake with all the coring equipment on their backs. Blumm, who majored in geology at Occidental, joined Larsen’s research lab in 2017 and participated in one of the field work expeditions.

“Doing research as an undergraduate was the most formative part of my Oxy experience,” Blumm says. “Not only was it incredibly hard, but it was memorable and rewarding.”

Currently a graduate student at the University of Arizona, Blumm says that the experience of undergraduate research made her much more prepared as she continued her education. “It showed me how much I loved research and really solidified my decision to pursue graduate school.”

For more about this study, read the press release from INSTAAR