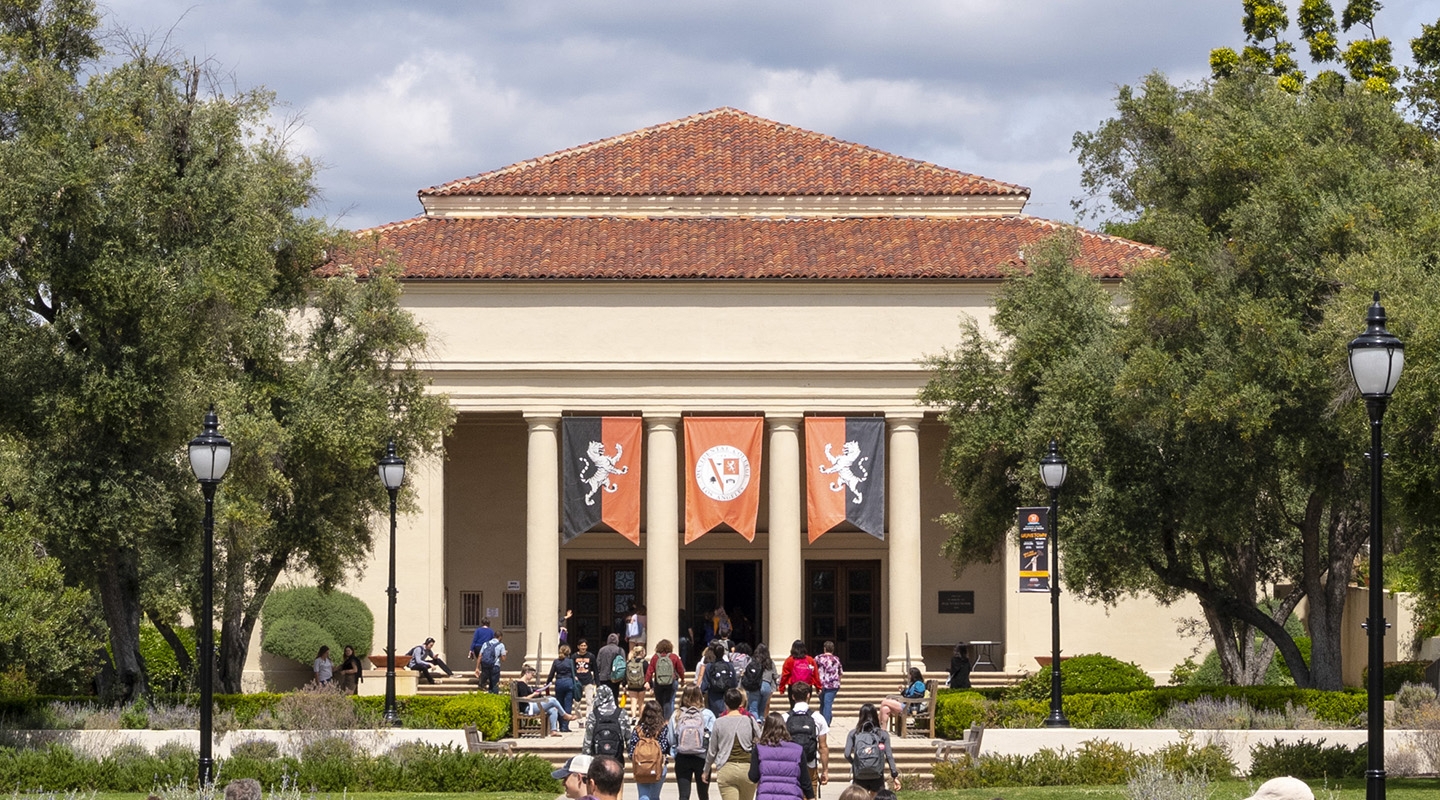 Occidental College launched the public phase of the Oxy Campaign For Good, a comprehensive effort to raise $225 million to strengthen its financial aid endowment and academic and co-curricular programs, at a May 18 Campaign Leadership Summit on the Occidental campus.

“I have always believed in the power of a liberal arts education to change lives, and that’s what Oxy does better than anyone. This ambitious campaign aims to bring our community together to invest in Oxy’s future and expand our ability to do what we do best—identifying and educating talent wherever we find it,” says President Jonathan Veitch.

“Occidental alumni consistently demonstrate that the best preparation for the complexities of today’s world is a liberal arts education,” Veitch says. “Occidental provides the foundation not just for their success, but fosters a desire to make the world a better place and equips them for their vital role as citizens of a democracy.”

Building on the momentum of a quiet phase that has already raised more than $118 million in gifts and pledges—already far in excess of any previous campaign—overall goals for the For Good campaign include $100 million for endowed student scholarships; $50 million for endowed professorships and student programs; $40 million for the modernization and beautification of Occidental’s historic campus; and $35 million in annual support to underwrite the experience of current students.

“All of us involved in the campaign have experienced the transformative power of an Oxy liberal arts education, whether as a student, parent, or both,” says financial adviser and trustee Anne Wilson Cannon ’74, who is co-chairing the campaign with real estate investor and adviser William M. Kahane ’70, and trustee Gil Kemp P’04, founder and former president of Home Decorators Collection.

“We’re dedicated to doing what we can to bring the Oxy community together in order to develop the resources the College needs to secure its future,” Cannon says. “We’re excited about the idea of giving back to the College that has done so much for us by growing the endowment and generating more resources for students and faculty.”

The campaign’s priorities were formulated after lengthy consultations with alumni, faculty, students, parents and staff, including the 21 alumni and parents who served on the College’s Student Access and Opportunity Task Force, co-chaired by trustees Rick Rugani ’75 and Eileen Brown ’73.

Financial aid made it possible for Rugani and his siblings—older brother Frank ’70 and younger sister Maria ’78—to get an Occidental education. “There’s no way our family would have been able to finance all the kids going to college,” he says. For Brown, a first-generation college student whose father died unexpectedly at the start of her sophomore year, financial aid made all the difference. “I still remember that tuition was $2,400 a year, because I had to pay for it,” she says.

“The task force gave me a better understanding of the challenges College managers face in providing needed scholarships to talented Oxy students,” says Rugani, a retired independent financial adviser. “It’s clear that building the endowment is going to be central to Oxy’s ability to continue to fulfill its mission.”

The For Good campaign’s four priorities are:

For Access Endowed financial aid is the campaign’s top priority. While endowed scholarships currently make up almost half of Oxy’s endowment, generating more than $9 million annually, that accounts for just 22 percent of the overall financial aid budget (which totaled $42 million in the 2017-18 fiscal year). The rest comes directly from the College’s operating budget.

Growing the endowment for financial aid will give Occidental the financial flexibility to continue to provide gifted and diverse students access to an Oxy liberal arts education regardless of their circumstances. Liberated from financial worries, they can dedicate themselves to their studies, pursue their passions and take full advantage of everything Oxy has to offer, including paid internships for low-and moderate-income students, summer research, the United Nations program and other high-impact experiences. One prime opportunity is the Barack Obama Scholars Program, Oxy’s premier scholarship aimed at outstanding students with a demonstrated commitment to the public good, with an emphasis on first-generation students, veterans and community college transfers.

For Distinction Ask any Oxy alum, and they will tell you that the powerful relationship between professor and student defined their Oxy experience, regardless of their major. “I had a close relationship with Chemistry Professor Frank De Haan over my entire four years,” says Mike Gibby ’68, who with wife Barbara J. Gibby ’68 recently funded the Gibby Endowed Professorship for Science. “He took me under his wing and I got dragged—quite willingly—into research. By the time I graduated I had two really good publications to my credit.”

New endowed professorships will make it possible for Occidental to attract top talent and underwrite compelling teaching and advising, one-on-one research partnerships, and lifelong relationships that shape careers. For example, endowing additional positions in economics—Oxy’s most popular major for two decades—will enable the College to recruit and retain the next wave of dynamic faculty and reaffirm the department’s outstanding reputation. Oxy also has ambitious plans to expand two of its fastest-growing majors, Media Arts & Culture and Music, both of which are building on Los Angeles’ role as the entertainment capital of the world.

For Campus The Beaux Arts charm of the Occidental campus reflects the vision of Myron Hunt, the Pasadena architect who created its original master plan and designed every building erected on campus for 30 years. Meeting current needs at Oxy has not meant demolition. Instead, historic buildings have been reimagined and repurposed to meet the demands of an evolving curriculum.

As the Oxy campus continues to thrive, new opportunities to reimagine cherished landmarks for the enjoyment of future generations present themselves. The Campaign will preserve Oxy’s rich architectural heritage, maintaining the Quad, courtyards and other welcoming spaces that have always played a central role in College life.

Today’s opportunities include the mid-century labs of the Norris Hall of Chemistry—built in 1960—that are prime candidates for renovation to meet the needs of an ambitious, hands-on teaching and research program. On the other end of the Academic Quad, innovations in music and digital media production require new space and new equipment for the College’s Media Arts & Culture and Music programs.

For Today Annual unrestricted support for Occidental, or gifts made to what is known as the Oxy Fund, provide critical support for the daily operation of the College. The Oxy Fund provides for scholarships, campus upkeep, growing technology needs, faculty, and academic programming. It allows faculty and students to innovate through curricular, research, and learning experiences. It also supports athletics, helping to maintain fields and facilities and purchase equipment.

Founded in 1887 as one of Los Angeles’ first institutions of higher learning, Occidental College is a nationally recognized, private college of the liberal arts, one of the few located in a major city. The distinctive interdisciplinary and multicultural focus of the College’s academic program seeks to foster both the fulfillment of individual goals and a deeply rooted commitment to the public good.

Some 2,036 students from 46 states and 58 countries can choose from 44 majors and minors and participate in one the country’s top undergraduate research programs. Course work is integrated with opportunities to study in more than 50 countries, internships and participation in Oxy’s distinctive United Nations and Campaign Semester programs.