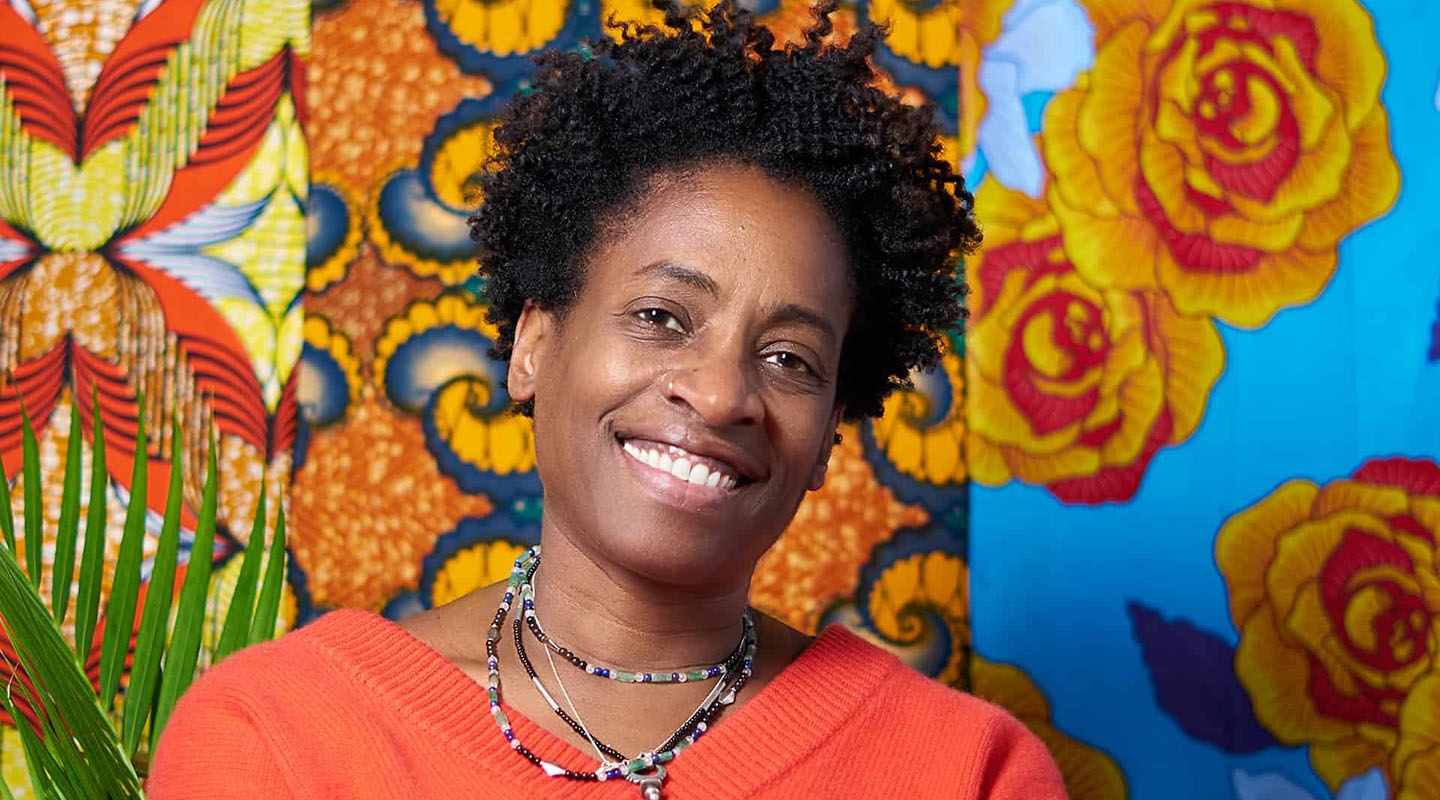 In a wide-ranging conversation about her newest novel, Red at the Bone, award-winning author Jacqueline Woodson and Occidental College President Harry J. Elam Jr. covered everything from literary technique to class and racism to kick off the College’s new Community Book Program on August 18.

A virtual audience of more than 500 students, faculty, staff members and alumni listened in during the 75-minute Zoom event and submitted questions moderated by James Ford, associate professor of English and Black Studies, and Kitty Lu ’21, president of the Associated Students of Occidental College.

Woodson’s exploration of her latest work inaugurated a new book series suggested by Elam in which the entire Occidental community will be invited to read the same book and come together to consider its themes and importance through shared programs. The series will continue this fall with other events focusing on Red at the Bone.

"The idea of connection and community is not tangential but central to an Oxy education. Building community, particularly in this time of social distancing, has never been more important," said Elam. "Celebrating and fostering that sense of community, both social and intellectual, is what the Book Program is all about."

Woodson’s novel, which follows two black families of different classes whose lives become intertwined when their only children conceive a child together in their teens, was Elam’s personal choice. His familiarity with the book and its author helped elicit revealing answers about both.

“One thing that was really interesting to me in writing the book was examining the class differences between Iris and Aubrey [the novel’s two main characters], middle class versus working poor, and what that means in how they even connect to each other,” said Woodson,  who over the past three decades has written more than two dozen-award winning books, including her bestselling 2014 memoir, Brown Girl Dreaming, recipient of the National Book Award. 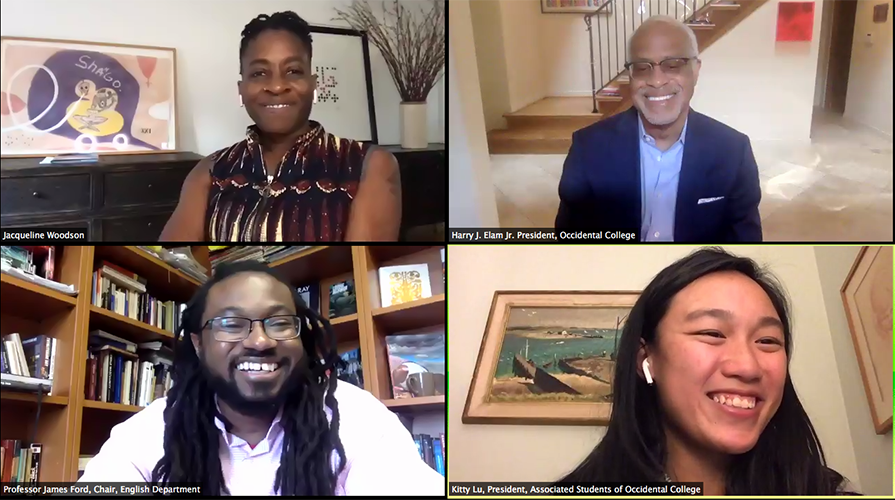 Woodson illustrates those differences with small, telling details, as when Aubrey offers Iris a slice of bread topped with margarine, and she asks him if he knows the difference between margarine and butter. “I wanted to play with that, with class within black communities, not from a place of derision, but to recognize that it exists” and how it can affect how we see the world, she said.

Red at the Bone is also an exploration of black wealth, “which again and again and again has been destroyed in this country,” Woodson said. “It kept getting bombed [as during the 1919 Tulsa massacre] or stolen, or destroyed—that was the voice of history” that she felt compelled to address. “How do I tell this story, convey the genetic memory, the trauma passed from generation to generation? Who are the people who are going to help me tell this story, and how do I get them to be fully human? It’s a complicated conversation I’m having with myself.”

To tell her story, Woodson relies on a fluid concept of time and memory that she told Elam comes from reading a lot of poetry. “When we think about it, life is not a forward-moving thing,” she said. “The lived experience is thinking back to being 15, thinking about tomorrow, remembering a relative who passed away two weeks ago, living through all these moments of time. … It wouldn’t be true to have a character living in this one moment.”

She takes the same flexible approach to the voice of her narrative, which is sometimes in the first person, sliding between characters, and sometimes in the third person. “I was trying to write a story about a legacy and history and a family,” she told Elam. “When writing about that it’s not a single story, a myriad of stories, it’s important to thread them all together so that every voice is heard.”

While there was never any doubt in her own mind about being a writer—a decision that she made when she was 7 years old—that she would first establish her reputation in the young adult genre was not a conscious choice.

“When I wrote Last Summer With Maizon, I was taking a writing class and I didn’t know then that was what I was writing. My protagonist was 10 years old, and I was told that’s what it was,” she recalled. “I loved going back into that world and creating it. I wanted to write about the neighborhood of my childhood because I hadn’t seen it in the literature I read growing up.”

Having won national recognition first as an author of young adult books, as a novelist and memoirist—she is a four-time Newbery Honor winner, a two-time NAACP Image Award winner, and a two-time Coretta Scott King Award winner—Woodson regards the biggest challenge she faces as a writer is children’s picture books.

“I believe they are the hardest to write,” she said. “You have 32 pages and you have to keep someone’s attention that whole time.”