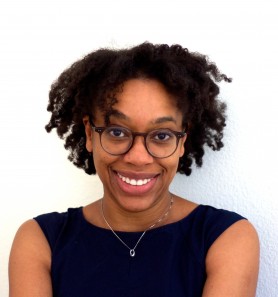 Erica Ball, professor of American studies at Occidental College, is co-editor (with Wellesley College’s Kellie Carter Jackson) of the new book Reconsidering Roots: Race, Politics and Memory (University of Georgia Press, $27.95)—a collection of 10 essays about the politics and scope of the Roots phenomenon of the 1970s.

Roots, which spent 22 weeks at the No. 1 spot on the New York Times’ bestseller list, and the subsequent miniseries, follow three generations of an African-American family in America, starting with kidnapped 18th-century Gambian Kunta Kinte, played by LeVar Burton.

The essays in Reconsidering Roots—from emerging and established scholars in history, sociology, film and media studies—assess the ways that the book and its dramatization recast representations of slavery, labor and the black family; reflected on the promise of freedom and civil rights; and engaged discourses of race, gender, violence and power in the United States and abroad.

Taken together, the essays ask readers to reconsider the limitations and possibilities of Haley’s work, which, although dogged by controversy, must be understood as one of the most extraordinary media events of the late 20th century, a cultural touchstone of enduring significance.

"For years it had been in the back of my head as a project that needed to be done, because before 2016, very little had been published on the subject of Roots," Ball said. "It was a turning point in television history and became a yardstick by which popular representations of slavery became measured, so I thought someone needed to do this."

"There had been a long history of representing slavery in pop culture in the United States, but these representations had not necessarily been in the service of civil rights, and those representations continued to dominate the American psyche," Ball explained. "When Americans generally thought about what slavery was like, they often thought Gone With the Wind, which has aired on TV the year before Roots and broke all viewership numbers."

"Then Roots came and broke that record. It’s a watershed moment in the way slavery is represented in American culture. Seeing this had a major impact. The response that it generated was pretty extraordinary. It helped people understand slavery and the civil rights movement."

"Popular representations of slavery can tell us a great deal about the political context in which they were created and offer an interpretive framework for making sense of the ways that the national consensus on the ‘proper’ place of black Americans has changed over time," she added.

Once she started thinking about approaching Roots in a scholarly way, Ball said, she realized it was something that needed to be assessed from multiple perspectives. "There are questions of its reception at the time, media analysis, connecting it to television history, the impact of Roots abroad … so we thought a collection might be the best way to follow these threads in a lot of different directions. Because this was such a profound cultural phenomenon, it really was worthy of study in a number of ways."

"Roots premiered right after the bicentennial celebrations and right at a moment when the national consensus on the meaning of American identity was shifting," she said. "In the 1970s, Americans were moving away from the longstanding belief that American identity was best represented by descendants of the Mayflower and toward a notion of ‘cultural pluralism,’ or the idea that the United States is composed of many people from many lands. It was actually Roots that incorporated black Americans into this new ideological framework."

"By depicting the institution of slavery as unjust and violent (rather than romantic and benign) and making the black characters parents, children, friends and members of a resilient community (rather than happy servants) who never gave up on the quest for freedom, Roots challenged middle America to confront history and to reconsider some of their assumptions about the peculiar institution."

Ball, who has taught Roots in her Race and Popular Culture CSP seminar for first-year students, says Roots had an impact on her personally, although she was just a child when she saw the miniseries and its sequel, Roots: The Next Generations. "You might say that it shaped my desire to do that kind of intellectual work, to understand the past and search for answers."