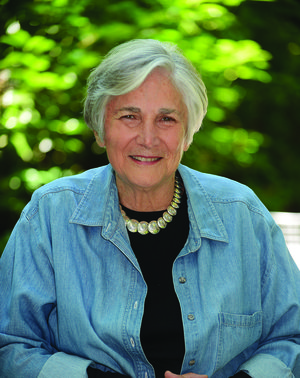 Leading education reform critic Diane Ravitch will speak about her new book, Reign of Error: The Hoax of the Privatization Movement and the Danger to America's Public Schools, at Occidental College on Tuesday, October 1.

Her talk based on her new work -- which the New York Times Book Review calls "a fearless book, a manifesto and a call to battle" -- will take place in Occidental’s Thorne Hall at 7 p.m.  A book signing in the lobby will follow.

Once a firm advocate of standardized testing in public schools, after a lifetime of studying education protocols, Ravitch now just as staunchly opposes the practice. In her 2010 bestseller, The Death and Life of the Great American School System, she disavowed her previous support of testing, charter schools and vouchers.

"Over time, I became disillusioned with the strategies that once seemed so promising," she wrote in the Wall Street Journal at the time. "I no longer believe that [charter schools and accountability] will produce the quantum improvement in American education that we all hope for."

Currently a research professor of education at New York University, Ravitch served as an assistant secretary of Education and counselor to Secretary of Education Lamar Alexander in the administration of President George H.W. Bush. She led the federal effort to promote the creation of voluntary state and national academic standards.

She is the author of 11 books about education, including The Language Police: How Pressure Groups Restrict What Students Learn (2003), Left Back: A Century of Battles Over School Reform (2000), and National Standards in American Education: A Citizen’s Guide (1995). In addition, she has edited 14 books and written more than 500 articles and reviews for scholarly and popular publications.

Ravitch has lectured on democracy and civic education throughout the United States and internationally. She is an honorary life trustee of the New York Public Library and a former Guggenheim Fellow. Ravitch has received numerous awards, including the National Education Assn. Friend of Education Award (2010), the New England Assn. of Schools and Colleges Charles W. Eliot Award (2010), the Distinguished Alumni Award from Teachers College at Columbia University, and the Daniel Patrick Moynihan Prize of the American Academy of Political and Social Science.

A native of Houston, where she attended public schools, she received a B.A. from Wellesley College in 1960 and a Ph.D. in history from Columbia University in 1975.