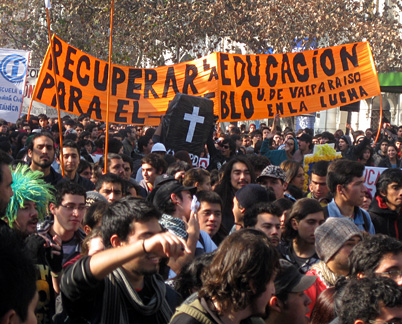 Leading international scholars will gather at Occidental College Feb. 28 to offer a critical examination of the quality of democratic institutions, citizenship, and government in Latin America at a daylong workshop held in the Dumke Commons of Occidental's Swan Hall.

USC’s Abraham Lowenthal, an internationally renowned authority on Latin America and inter-American affairs, will offer a keynote luncheon talk on "Transitions Toward Democracy: Learning from Political Leaders," drawing on face-to-face interviews he and Sergio Bitar of Chile conducted with former presidents and prime ministers from around the world who played leading roles in such transitions.

"The widely divergent outcomes of Latin America’s transition from authoritarian rule has spurred numerous debates over issues such as liberal versus direct democracy and how to reduce poverty and inequality," said Dolores Trevizo, professor of sociology at Occidental and workshop organizer. "The experts we are bringing together share a concern for the overall quality of institutions and a desire to better understand the way in which citizenship is experienced in Latin America today. "

Among the day’s wide-ranging topics will be the war on drugs, civil-military relations, indigenous and women’s rights movements, constitutional accountability, and popular representation. While much of the discussion will treat the region as a whole, some participants will focus on case studies from Mexico and Venezuela.

The workshop is made possible through the support of the Marie S. Young Endowment and is sponsored by the Latino/a and Latin American Studies program at Occidental. For more information, contact Dolores Trevizo at dtrevizo@oxy.edu.