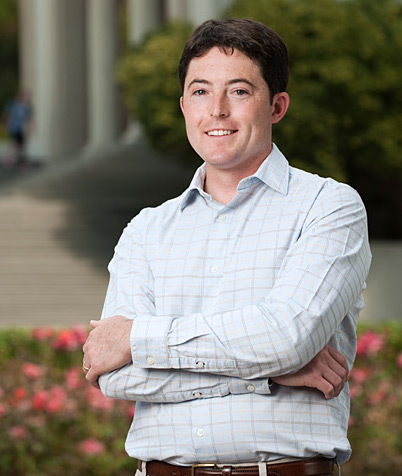 Which of these statements is true? Humans are descended from chimpanzees. The sun revolves around the Earth. The fraction 1/30 is greater than 1/13.

If you picked none of them, you are correct. But a new paper by an Occidental College researcher shows that you likely took more time to figure out fact from fiction despite having taken many years of science classes. The acquisition of science knowledge does not overwrite our intuitive and often erroneous pre-instructional beliefs about the sun and the stars, evolution, and other scientific concepts, according to Assistant Psychology Professor Andrew Shtulman.

"There are lots of concepts you have entering the classroom that don’t line up with science," he said. "For kids, the stars and the sun are completely different things, as are an object in motion and an object at rest. But, from a scientific point of view, they’re not different at all."

"Scientific knowledge serves to mask, rather than replace, one’s initial intuitions," Shtulman goes on to say in his paper, "Scientific knowledge suppresses but does not supplant earlier intuitions," which has just been published in Cognition, an international journal on the study of the mind. The study was co-authored by one of his former students, Joshua Valcarel '11, and is part of a five-year, $500,000 National Science Foundation Faculty Early Career Development (CAREER) grant Shtulman was awarded in 2010.

Shtulman and Valcarel found that across all 10 scientific areas, the students were slower and less accurate in answering statements whose "truth value" changed as a result of science education than those whose truth value remained the same. This was true whether the students learned the correct scientific concepts in early childhood or in late adolescence.

In addition, students with more expertise in a specific scientific area exhibited more cognitive conflict and consequently took longer to answer inconsistent statements than students with less expertise in that area. The study participants’ overall accuracy on the test varied from 59% to 89%.

Shtulman emphasized, however, that his research doesn’t mean that we are hardwired to reject science. More study is needed to find out where our intuitions come from and whether successful teaching ever truly eliminates incorrect scientific notions. More research is also needed on why early intuitions differ from scientific knowledge to different degrees based on the scientific area.

"Our findings suggest that naïve theories are suppressed by scientific theories but not supplanted by them," he concluded. "How long the two coexist, and in what form they coexist, are questions still in need of answers."