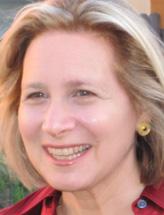 Occidental College History Professor Marla Stone has been awarded a 2017 Fernand Braudel Senior Fellowship at the European University Institute (EUI) in Florence, where she plans to complete her new book on Italian anti-communism.

Named after the famed French historian and author, Braudel Fellowships make it possible for scholars of international reputation to pursue their research at the EUI while participating in a variety of seminars, workshops, and colloquia.

"I am honored by this opportunity that will allow me to finish my book in a stimulating atmosphere of intellectual exchange steeped in big questions about the European past, present, and future," says Stone, a member of the Occidental faculty since 1993.

Stone’s book, The Enemy: The Politics and Propaganda of Italian Anti-communism, builds on three decades of interdisciplinary scholarship in the field of European politics and culture. It focuses on Italy’s chief internal and external enemy of the 20th century – communism -- and the character and function of the movement against it.

"Italian anti-communism presents a compelling and explosive example of the ramifications of the politics of enemies, as many of the instabilities and corruptions of Italian democracy can be attributed to the politics produced in reaction to communism," she explains.

"How does a dependence upon the existence of enemies shape politics? What are the consequences for domestic and international politics of crusades against internal and external enemies? These are among the questions I will be addressing," she says.

Stone helped explore the same themes in "Naming the Enemy," the 2012 international conference she hosted at Occidental – one of the first conferences to compare and contrast anti-communism across time and place. She is co-editor of a forthcoming Journal of Contemporary History special issue that will include eight articles on anti-communism exploring the connections among anti-communist political cultures, groups, and governments on four continents.