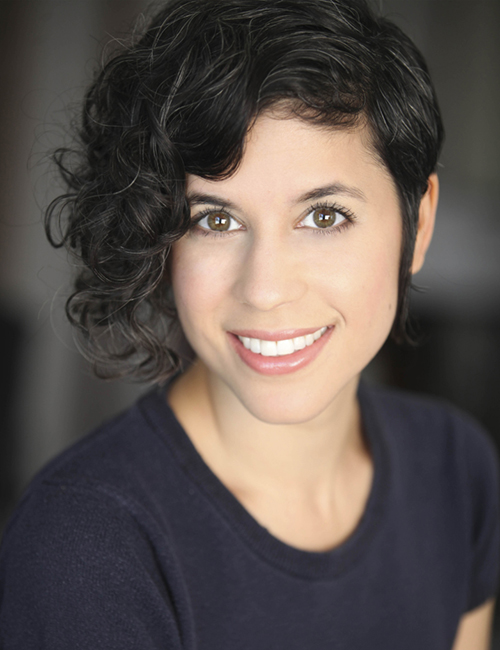 When video game voice actor Ashly Burch steps into a sound booth, there’s no set, no costumes, no fellow actors to interact with. With only the director, writer, and sound engineer to keep her company—and sometimes only the sketchiest of details about the game’s storyline—Burch is entirely responsible for conjuring the vivid world of the video game and her character’s role in it.

“You have to learn to set up a scene and imagine other folks’ performances entirely in your own mind,” says Burch, who also does voice work for a number of Cartoon Network series, including “Steven Universe” and “OK K.O.! Let’s Be Heroes.” “It’s a lot of invention that you’re doing on your own.”

Having worked on some of the most popular video games of recent years, Burch speaks, whispers, and screams, imbuing her characters with emotion and personality. Her recent work includes Aloy, the robot dinosaur-fighting lead in Horizon Zero Dawn, an action role-playing game for PlayStation 4 released in February 2017 that was widely hailed as one of the year’s best games. Before that, she voiced Chloe, a beloved character and one that earned her a BAFTA nomination, in Life Is Strange, and Tiny Tina, a teen with a penchant for detonation, in Borderlands 2. Her characters, Burch says, are typically “cool, sarcastic, secretly insecure teens.”

Yes, the screeches, groans, and shouts of pain or jubilance emitted by the animated characters on screen are voiced by actual ­humans, a realization Burch came to when she was about 11. Playing video games with her older brother, Anthony, an unfamiliar name popped up alongside one of the characters in the game Metal Gear Solid. A quick Google search revealed that was the character’s voice actor. It was someone’s job to speak for the characters she controlled from a handset in her living room, and to her, that sounded like a pretty appealing vocation.

Though she still aspired to become a voice actor throughout high school, she never had any specific training. When she and Anthony launched a YouTube series devoted to the gaming world in 2008, she didn’t realize that would be a major step toward launching her career. “Hey Ash, Whatcha Playin’?” draws on the duo’s sibling rivalry in examining video game culture in short comic sketches. A decade later, the series has nearly 300,000 subscribers and more than 54 million total views on YouTube. 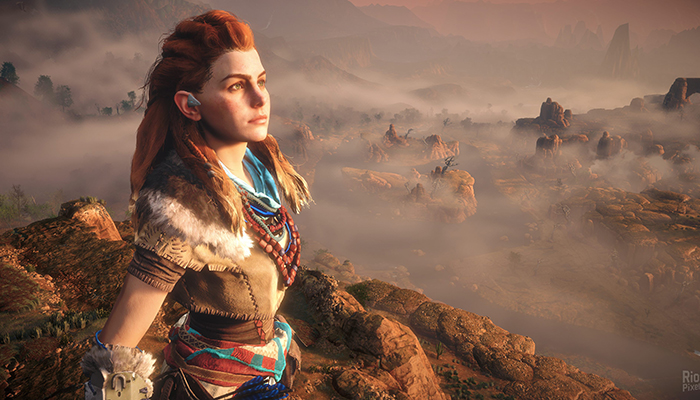 “All roads kind of led from that web series,” says Burch, who landed the role of Tiny Tina in Borderlands 2 before graduating in 2012 as a media arts and culture major. Not only did “HAWP” make Ashly and Anthony known among the gaming community, but it also became an acting reel for her. Becoming a successful voice actor is first and foremost about one’s acting abilities, her agent Dean Panaro says, rather than having a particularly pleasing voice.

“She’s got incredible comedic timing, which is not easy at all,” says Panaro, who has worked with Burch since 2013. “She knows how to hit a joke.” Because “HAWP” is a comedy, many of her initial roles were in a similar vein, though she’s taken on more and more dramatic roles. In her experience, voice acting can be more difficult than acting in a live-action movie or TV show. Recording sessions typically run four hours at a time for video games. And even though only their voice comes through in the final product, voice actors always end up physically acting out the parts as they’re recording, Burch says. Plus, video games can last for 50 to 60 hours of play, which entails a lot of dialogue, callouts, and expressions.

Still, Burch’s career thus far has exceeded what her 11-year-old self imagined. “I think I’ve been surprised by what I’ve been able to do, what I’ve got the opportunity to do in voiceover,” Burch says. “I definitely didn’t expect that I would ever play Aloy or Chloe in Life Is Strange. I didn’t even know that those were roles that would be available to me when I was a kid because back then, there were no characters like that, like either of them.”