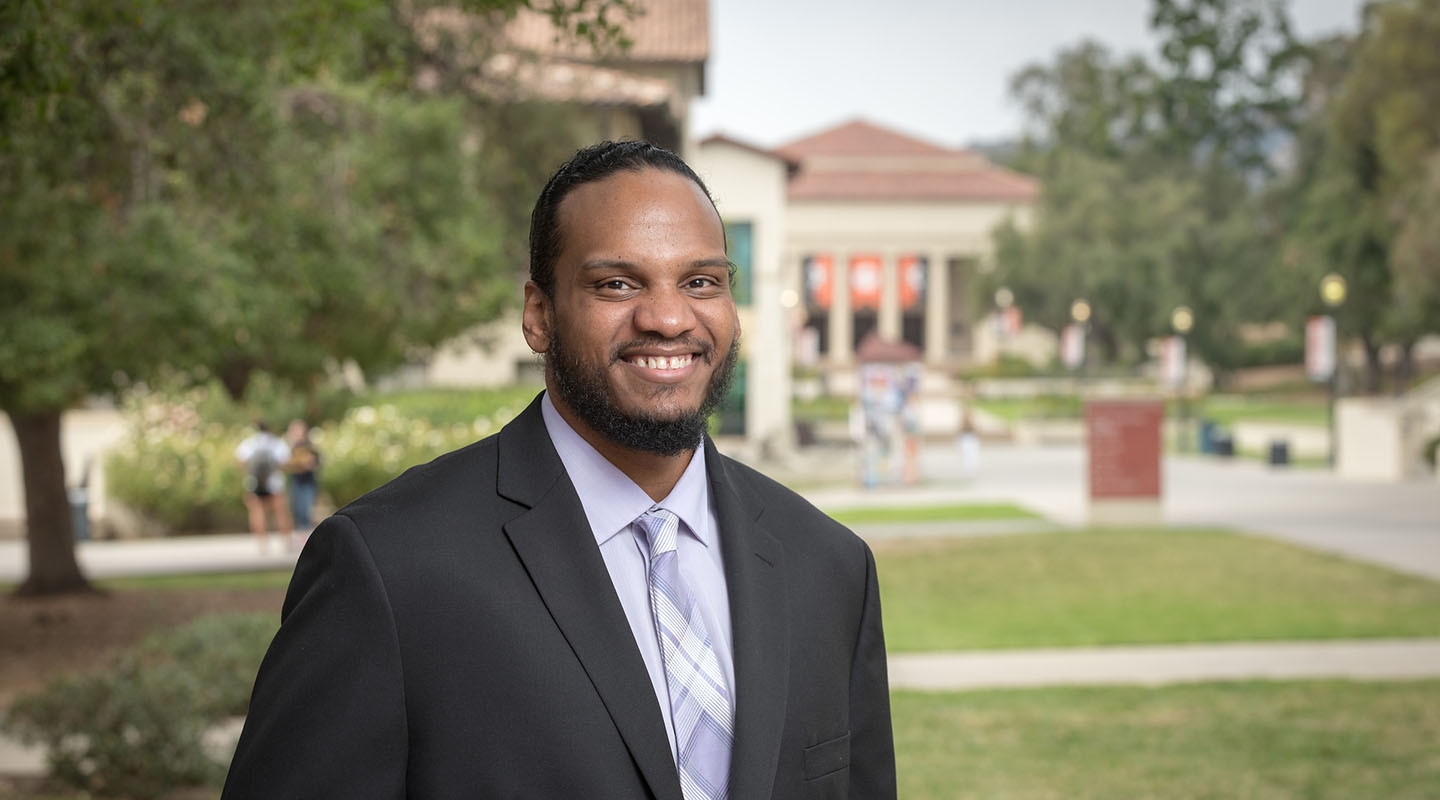 Cameron grew up in a military family, and he continued the tradition by joining the U.S. Army in 2003. After basic training, Cameron was deployed to Afghanistan and served for 13 months.

Upon returning home, Cameron was assigned to Ft. McPherson in Atlanta to work in military intelligence. In 2013, he decided it was time to leave the military and go to college, as he believed the best way to serve his country was with an education. After attending Pasadena City College, Cameron transferred to Oxy.

Cameron chose urban & environmental policy as his major to accommodate his desire to be out in the community, be more hands on and, in his words, “create real change.” Outside of the classroom, he has been fully engaged with the local community, notably interning for Service Employees International Union, which represents public service workers in Southern California. He plans to continue this type of work after graduation from Oxy — with an aspiration to help veterans, particularly minority veterans, in the future.

Cameron was chosen as the inaugural fellow of the Barack Obama Scholars Program at Occidental College. As a veteran and community college transfer with a clearly demonstrated commitment to the public good, he embodies the goals of the program. Cameron finds inspiration in President Obama’s example.

“He showed a path to African American males that they normally do not, or cannot, take,” he says. “I’d love to meet him someday.”