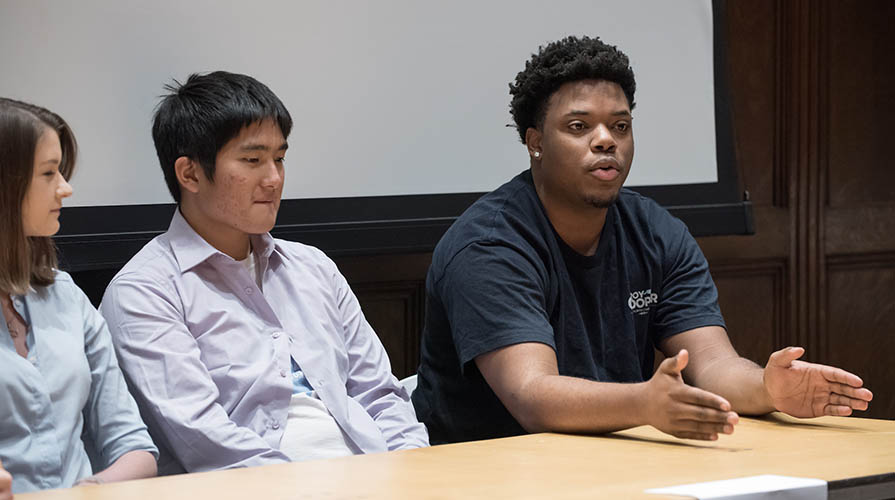 A passionate politics major, Carson Malbrough fuses personal ethics, his Oxy education and experience with political organizing in his role as a political leadership fellow with DigiDems.

What inspired you to pursue a job in your current industry?
I work in politics because as I’ve come to learn more about problems caused by inequity in this country, I’ve developed a strong drive to find solutions to those problems. Having done work on electoral campaigns in different states, state-level legislative organizing in my home state and community organizing internships, I’ve learned a lot about how politics works. Politics provides a voice for folks who otherwise don’t have one and is an opportunity for communities that are burdened with structural problems to start fixing them.

What led you to choose your major?
I was interested in the intersections between people-powered social movements, public policy and how government ultimately responds to the people. Moreover, my personal lived experiences and those of my immediate family members have also been driving forces in my education and professional path. I have a breadth of political organizing experience so far, and Oxy's Campaign Semester gave me the opportunity to work on a political campaign in 2016.

What were the most important skills that you learned during your time at Oxy?
The two main things that Oxy taught me were respect for all people and critical thinking. Oxy is a school that prides itself on diversity, particularly diversity of ethnicities, religions, genders and countries of origin. Oxy provides a space for folks to expand on their identities in ways that can alter your entire worldview. There were definitely ups and downs, arguments and confrontations, but that's the beautiful part of a space like Oxy. I learned to not only accept my fellow students and community members but do what I could to learn more about their plight and how intersectionality and privilege impact different people in different ways. Critical thinking is another big take-away from Oxy because, both academically and in social settings, you learn to synthesize information and look at things beyond face value. I learned how to listen better, analyze something from multiple angles and be mindful of the pros and cons of an issue.

I am passionate about social, economic and environmental justice, so I plan to attend law school next. I have a lot of experience in political organizing and campaigns and I think getting a legal education will enable me to further my advocacy in so many ways.

Talk about landing your first job out of college.
The Hameetman Career Center always had different groups coming to speak and do presentations which was really insightful. I also met with career advisors to talk about fellowships. My first job out of college was recommended through a mentor of mine who contacted me about an opportunity to work on a Senate campaign in Texas. I applied, was lucky enough to be selected for an interview, and next thing you know I'm packing my bags and heading out to Houston to work on the Beto O'Rourke Senate campaign. 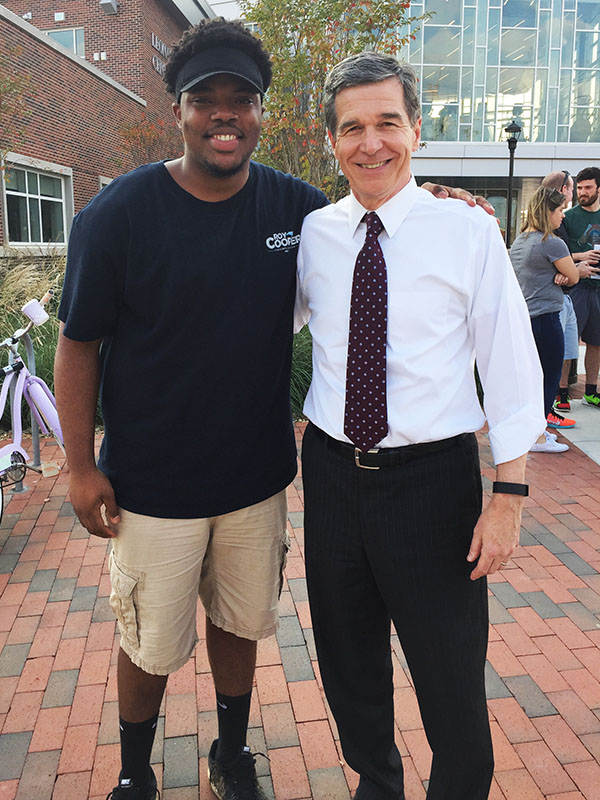 Looking back, what do you wish you knew about the career-planning process as an incoming first-year?
I'd definitely tell myself to be open-minded and don't pigeonhole yourself too much. I came into Oxy thinking I would major in physics and I ended up changing my mind in my first semester. In terms of career opportunities, again, don't limit yourself. I remember I did an interview for a job that I thought I was qualified for during my senior year and never heard back. I was stressing about my future while seeing my friends getting job offers. I ended up getting the Senate campaign offer two weeks after graduation, and I took a leap of faith when I accepted it. I ended up working on an extremely historic campaign where we were able to fundamentally change the political landscape of Texas, we broke the record for fundraising in a U.S. Senate race and, despite not winning, the work we did elevated O'Rourke so much that he is now a contender for the U.S. president. I grew so much during that campaign, and had I limited myself to only staying in L.A. or if I didn't apply because I didn't believe in my chances, I wouldn't have been part of any of that.

Where do you see yourself in the future, career-wise?
Currently I work for an organization called DigiDems through a paid fellowship, the Blue Leadership Collaborative Fellowship, which helps put women and people of color in leadership roles on campaigns. I am getting professional development, mentorship, and training and then at the end of the three-month program, fellows get job placements as campaign managers on congressional or local campaigns. I'm really excited because I could potentially be running a really competitive campaign in the 2020 election. I am passionate about social, economic and environmental justice, so I plan to attend law school next. I have a lot of experience in political organizing and campaigns and I think getting a legal education will enable me to further my advocacy in so many ways.