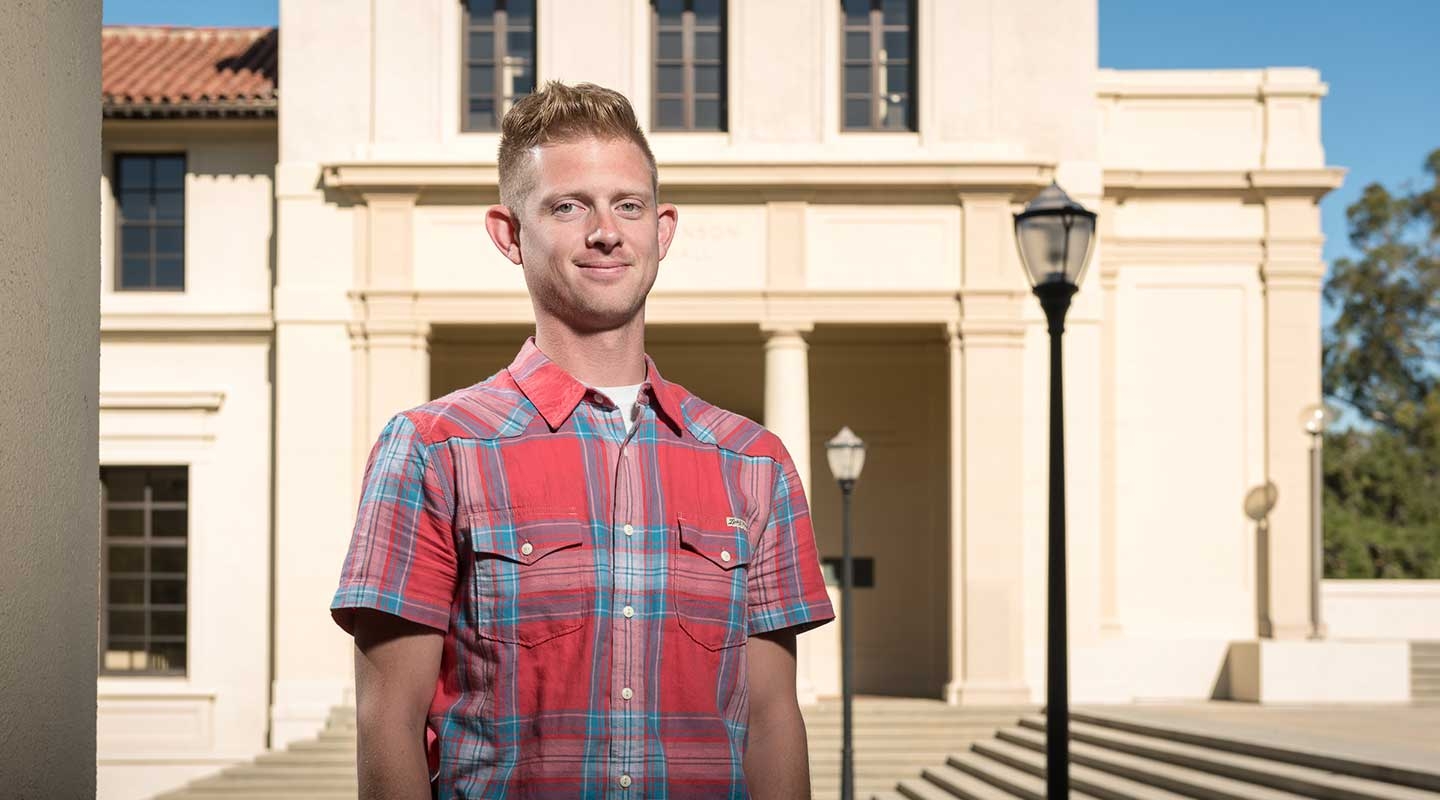 Every year on his birthday, Daryl Barker would receive one of his great-grand-uncle’s military medals, earned flying planes in North Africa during World War II. Barker’s grandfather served in the Army, and his father in the Air Force. You could say the military had always been in Barker's orbit.

After high school, the Santa Monica native joined the U.S. Navy, where he served on a ballistic missile submarine as part of a strategic nuclear deterrence force. This experience gave him an unusually nuanced perspective when he eventually enrolled in a U.S. foreign relations class at Oxy and began discussing related subjects in an academic capacity.

“Hearing the way people theorize about [foreign relations] is a very interesting juxtaposition for me,” he said. “I was able to, I feel, add a certain level of reality to that conversation.”

Coming to Oxy at age 25, Barker’s life experiences around the world enhanced many discussions in the classroom and on campus. Eager to explore subjects in their real-world context, the politics major got involved in Oxy’s Campaign Semester program in 2016, working for the Patrick Murphy campaign in a Florida Senate race. He loved the ground-level view of the political process and making daily phone calls to voters in Florida. He called the experience transformational.

Barker has been a voice for change at Oxy, serving as an outspoken advocate for military veterans. He has volunteered for three years with LGBTQ youth at the Colors Youth Counseling Center. He interned and ultimately got a job with the Geena Davis Institute on Gender in Media, studying such topics as media portrayal of women in STEM. He also worked with Public Counsel, a nonprofit legal defense organization, where he researched education rights.

Somewhat to his own surprise, along with a politics major, Barker also declared an art history minor. It’s less surprising if you consider his knack for photography, which he pursued as a hobby in the Navy. Once he got to Oxy, he parlayed his skills into photography work for the Occidental Weekly and later a photojournalism internship with KPCC.

Barker is interested in eventually pursuing a master’s degree in public policy, potentially in the area of education policy. He’s happy with his choice to attend college after completing his military service rather than move directly into a new career.

“Looking back, what stands out to me is the range of experiences that I was able to have while being at Oxy,” he said. “From working at Public Council to doing Campaign Semester to doing internships at other organizations like the Geena Davis Institute and KPCC—if I had gone straight into a career or job after the Navy, I wouldn’t have had the ability to get that exposure.”

Daryl Barker received a Dean's Award for Equity at the 2018 Student Leadership Awards ceremony. Each year, the Dean of Students recognizes seniors who embody Oxy's four pillars of Equity, Excellence, Service and Community.