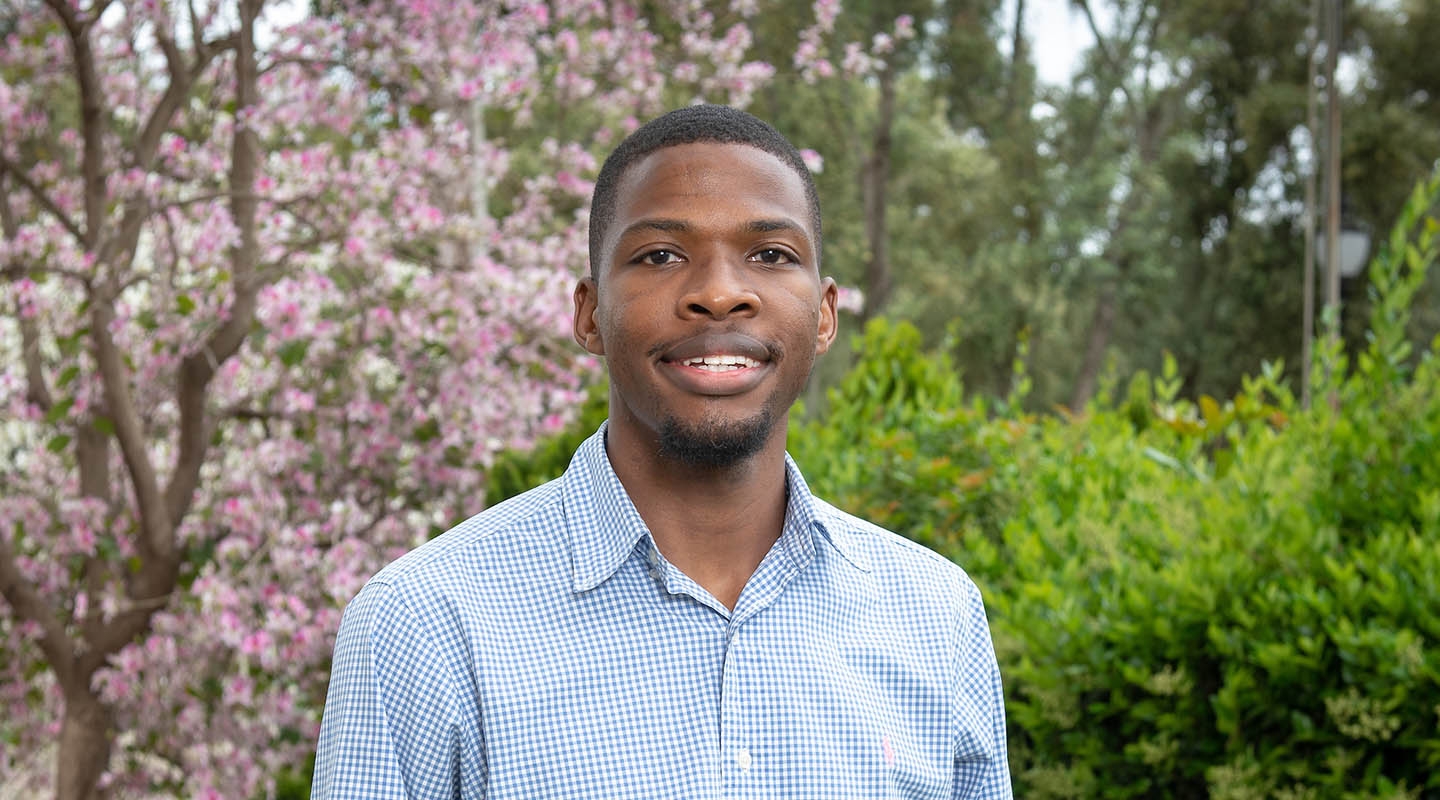 Jacques was only a first-year at Oxy when he presented at the College’s TEDx series, giving a talk drawn from his personal experiences called Apathy Factories: Lack As Violence.

With impressive poise and eloquence, he described how failing schools serve as a catalyst for apathy, and how the lack of access and opportunity in schools can be conceptualized as a form of violence. He wanted to raise awareness, he said, and get others motivated around addressing inequities in our nation’s education system.

Despite a lack of college access resources at his high school in the metro Atlanta area, Jacques found his way to California with the help of a mentor who encouraged him to research schools broadly. Attending the Multicultural Visit Program convinced him that Oxy was the perfect fit.

While working for the Intercultural Community Center in 2017, Jacques developed the Bridging Access and Capital program, designed to connect students, particularly underrepresented ones, with relevant campus resources.

“I knew there were a lot of opportunities at the College, like fellowships and grants, leadership opportunities and research opportunities, but how you get to them is not always clear. I wanted to address that.”

Positive response to his efforts in this area inspired him to write a book the summer after his sophomore year called A How-To Guide To Maximizing Your College's Resources.

“I had an internship doing labor organizing, and when I got home afterward I would work on writing my book. That was my summer,” he says, smiling.

Serving as ASOC student government president during his senior year, Jacques addressed controversial issues on campus related to social justice, access and opportunity, and elevating the student voice. He was invited by President Jonathan Veitch to serve on a working group to engage in conversations with faculty and administrators on the topic of shared governance.

Jacques designed his own interdisciplinary major, Resistive Education in Theory, Research and Policy, to explore innovative ways of promoting education as a liberating practice for underrepresented and marginalized groups. He spent a semester abroad in Cape Town, South Africa, where he looked at possibilities for reconciliation in post-apartheid education systems. He returned to the country for a month this year through a Young Initiative research grant.

Jacques says he’s grown a lot during college thanks to exposure to different ideas, cultural perspectives and engaged conversations.

“I have been able to develop more informed critical perspectives, even about some of the things I’d already experienced and had feelings about. I was able to really open up my world view.”

Jacques will be pursuing a fully-funded Ph.D. in Educational Policy Studies at the University of Wisconsin-­Madison this fall. He remains committed to activism and social justice, inspired by the legacies of the people that have come before him.

“John Lewis said, ‘If not us, then who? If not now, then when?’ I’m blessed with things like health, skills and personality that allow me to contribute, so why not?”