Jillian has spent her career advocating for better care for underserved populations—and a $5 million gift will boost those efforts. 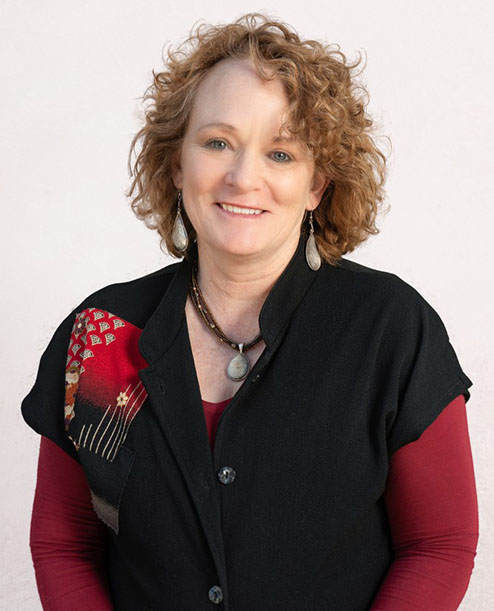 As a teenager in Berkeley, Jillian Hopewell ’89 was not keen on uprooting her life to move to Peru. “My parents took me kicking and screaming,” she recalls. "But I ended up loved everything about it. Nobody knew me, so I could be totally different. I decided I would present myself as a confident person.”

Jillian’s family moved to South America during her first year of high school. Her father, a UC San Francisco physician and tuberculosis specialist, helped rural villages create protocols for diagnosing and managing the respiratory disease. The awkward teen, meantime, shucked her angst, got comfortable in her skin, and discovered a world in need.

“Peru provided me an opportunity to reinvent myself against the backdrop of a shifting kaleidoscope of new people, cultures, food, and experiences,” says Hope­well, who oversees the West Coast office of the nonprofit Migrant Clinicians Network (MCN), the oldest and largest clinical network dedicated to improving health care for underserved migrants.

Living abroad in other third world countries—including Indonesia, Ecuador, Paraguay, and the Dominican Republic, where she spent a summer during her college years running a public health and development program—was a clarion call to service.

Peru provided me an opportunity to reinvent myself against the backdrop of a shifting kaleidoscope of new people, cultures, food and experiences.

As director of education and communication at MCN, Hopewell works closely with clinicians and advocates at community health centers, health departments, community-based organizations, and others to provide education, training, and technical assistance around the health needs of migrants, immigrants, and asylum seekers. This includes workers in the agricultural and meatpacking industries, who have significant health disparities and encounter numerous barriers to basic care. She also directs MCN’s extensive communication efforts, which advocate for the health needs of these often-overlooked populations.

Following the emergence of COVID in 2020, MCN worked with American farmers to take basic measures to protect their employees, like allowing workers who tested positive to self-quarantine. “Growers were suddenly more interested in collaborating with the health-care system, because they understood that in order to have a functional workforce, they needed to have a healthy workforce,” Hopewell says.

One of the biggest challenges is getting migrant workers to get health care in the first place. In March, MCN received a $5 million gift—the largest in the organization’s history—from author and philanthropist MacKenzie Scott, which MCN will use to continue “urgently and effectively filling the gaps” in care for vulnerable populations.

The organization also pushes for legislation around the country to protect migrant and immigrant workers who are frequently left out of basic worker protections like on issues of overtime pay, equitable access to vaccines, and heat stress—the latter a growing concern as the climate crisis progresses. More recently, the organization has begun virtual care coordination for asylum seekers who arrive at the U.S.-Mexico border.

I think there’s been a renewed understanding of what the role of public health is. I’m hopeful that if things can simmer down, people can really look for solutions together.

Hopewell’s sensibilities are strongly influenced by her Oxy experience. She chose Occidental after she and a classmate at Lima’s American School, Astrid Raczynski ’89, took a West Coast road trip to visit eight college campuses.

Hopewell had always planned on going to medical school, but she changed her mind after not feeling any zeal toward chemistry courses. She became a public policy major after enrolling in what was then a new interdisciplinary program in public policy created by Derek Shearer, the Stuart Chevalier Professor in Diplomacy and World Affairs.

After graduation, Hopewell studied indigenous political movements in Ecuador on a one-year Thomas J. Watson Fellowship. She worked near the Amazon River, where residents battled oil companies over what they alleged were illegal land grabs.

“The fellowship got funded with a little asterisk, saying, ‘We’re not sure if this is safe, but we’re funding you anyway,’” Hopewell says. She ended up observing a village ceramics collective, where she researched how artists can maintain their culture while selling their creations to foreigners.

Hopewell went on to earn a pair of master’s degrees from the University of Texas at Austin (her thesis addressed tuberculosis control on the U.S.-Mexican border). That’s when she interviewed with MCN, which offered her a job. Today, the married mother of three reckons with health disparities magnified by a pandemic and social upheaval.

While solidarity has been tough to find during the pandemic, and while COVID has exposed systemic racism in how health care is provided to marginalized groups, Hope­well remains optimistic. “I think there’s been a renewed understanding of what the role of public health is,” she says. “I’m hopeful that if things can simmer down, people can really look for solutions together.”