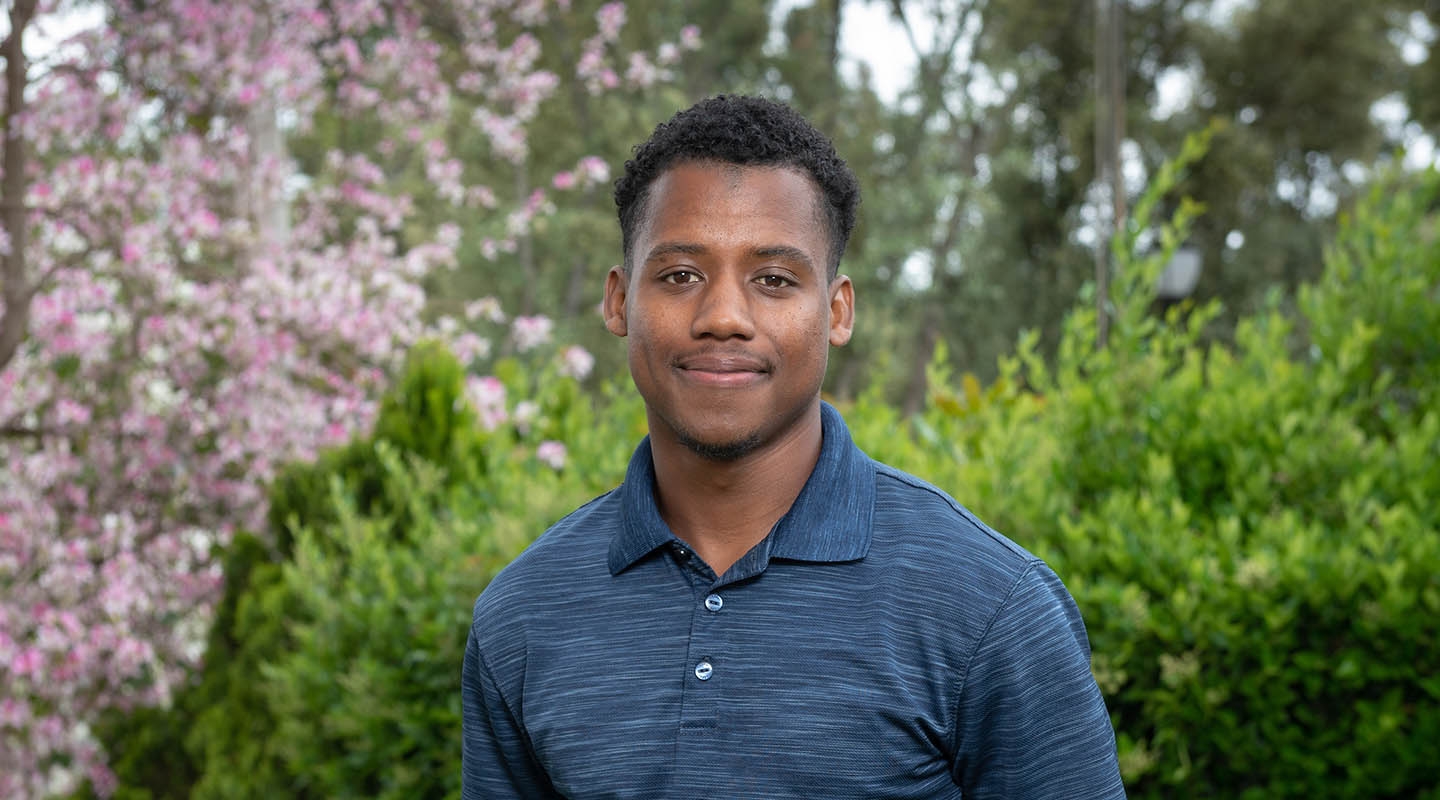 Rahsaan Middleton has worked to build community on campus through his involvement with the Muslim Student Association.

Coming into college, Rahsaan says, he was open to different perspectives on life. Growing up in a religiously diverse household, his parents always encouraged him to question and reflect on the world and himself.

After being on his own for the first time and navigating the changes and challenges of college life, Rahsaan began to study Islam and really connected to it.

“My sophomore year I fell in love with Islam, and couldn’t go a day without reading more or talking to others about it,” he says. “As a biology major, the scientific emphasis and validity in the Quran really inspired me to research the religious text more deeply.”

As a junior, Rahsaan attended his first Muslim Student Association meeting, together with two other students. The group’s student leaders had all graduated the previous spring, and the future of MSA was unclear.

“When I came to my first meeting, it was the best,” Rahsaan says. “My heart was just smiling the whole time. I could finally talk about Islam and connect with other Muslims on campus. It was like a breath of fresh air.”

He began recruiting other students to attend meetings and soon took on a leadership role as president of the group. He was integral in planning events and helped to establish a space on campus for Muslim students to pray throughout the day.

This year, Rahsaan has continued to help the group flourish as a connected community—and the most diverse group on campus. For Black History Month, MSA programmed an event called “Beyond Bilal” that explored blackness in Islam and the history of Islam in Africa and beyond.

“We had two speakers fly in from Egypt, Mustafa Briggs and Youssef Kromah, and there was a huge turnout of more than 100 students and faculty,” he says. “It was the highlight of my MSA experience.”

The oldest of five children, Rahsaan is a natural mentor. At Oxy, he has been deeply involved with Upward Bound, a program designed to increase college access for low-income and first generation students. Seeking a job that would allow him to grow and develop while also impacting others, tutoring and mentoring local high school students has been a perfect fit.

“Being able to sit down with my students, track their progress and see them develop academically and socially over time is awesome,” he says.

Rahsaan often attended extracurricular events with his mentees and led workshops and seminars on the college admission and financial aid process. According to his Upward Bound supervisor, Rahsaan’s students love working with him because he is so passionate about their success and really takes the time to get to know each one.

At Oxy, Rahsaan says, he was able to find himself, his friends and his routine. He also developed a stronger sense of confidence.

“Coming into college I was just searching in every aspect of life, and I feel I’ve found everything I was searching for,” he says. “I know what I need to do now and I know how to move forward.”

Drawing on his love of biology, Rahsaan is already working at a biotech startup called Filtrous as a sales associate. He is also focused on the impact he’d like to make more generally.

“I want to continue studying Islam, and contribute to the world by being the best Muslim I can be: to spread love and improve my character, and through that everything else will follow.”