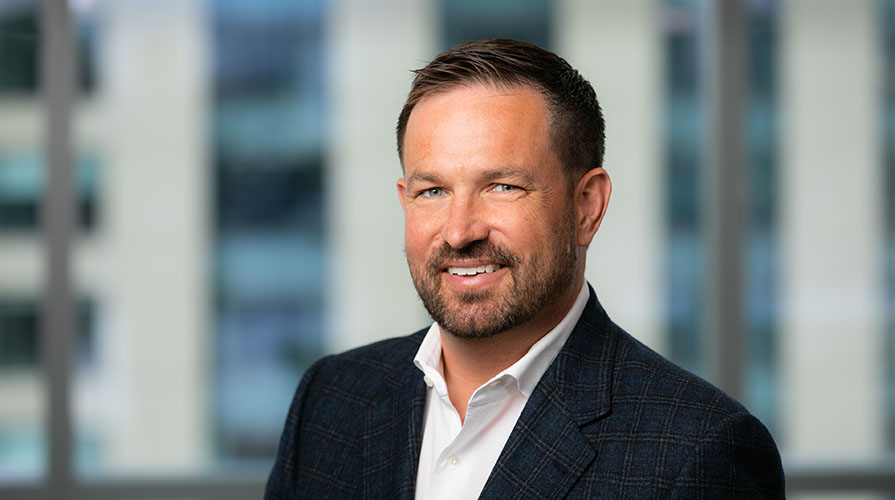 Sam Sharp was drawn to Occidental for its diversity and the political energy he experienced on campus. It was the origin of a passion for equity and justice work that continues today.

When Sharp came to Oxy in the early 1990s, it was not long after the beating of Rodney King by Los Angeles police and the subsequent 1992 L.A. riots, which he remembers watching on television from his living room in his predominantly white community in suburban Denver. He says the events related directly to the political consciousness he encountered at Oxy.

“Everything people were talking about and the signs that were up around the Quad—all of it seemed like it had meaning,” he says. “Everybody was doing something with a degree of intention and it felt important. More than half the student body were students of color and the whole campus was active around issues of equity and justice.”

Sharp emphasizes how much then-President Slaughter's vision of multiculturalism permeated the College.

“There was no way to be on campus or go through freshman orientation or thrive throughout those four years without being inside that vision. It was ubiquitous on campus in a way that we're trying to replicate now with President Elam’s vision.”

Sharp has been working with Oxy’s senior administration on the Equity & Justice subcommittee in addition to serving on the search committee that recently hired David Carreon Bradley as vice president for equity & justice and chief diversity officer. Rather than trying to bring back the multiculturalism of the 90s, a concept that doesn’t necessarily keep up with current thinking on issues of equity and justice, the current work is being guided by President Elam’s Equity and Justice Agenda.

Sharp describes the importance of learning how to frame equity issues so everyone can participate in the conversation—everyone isn’t meant to agree with everything, naturally, but there should be a common framework to work from.

In the classroom at Oxy, it was longtime politics professor Roger Boesche who stood out to Sharp the most, and his inspiration for adding a politics major on top of his biology major.

“I was in seminar courses with Boesche where eight or 10 people were in dialogue about government, politics and civilization, learning about how humans treat each other and organize themselves. Those lessons are with me now—they’ve become part of how I view the world and my place in it.”

Today Sharp leads the special district group at Piper Sandler, a leading investment bank, with a focus on infrastructure projects in Colorado. He says he has a framework for analytical thought and an ethical belief system that were solidified during his time at Oxy. He continues to devote time outside of his professional career working on issues of equity and justice on campus and elsewhere.

“That’s definitely a passion that came straight out of Oxy.”