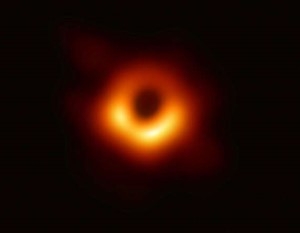 This talk, sponsored by the Computer Science department, will present the methods and procedures used to produce the first image of a black hole from the Event Horizon Telescope.

It has been theorized for decades that a black hole will leave a “shadow” on a background of hot gas. Taking a picture of this black-hole shadow could help to address a number of important scientific questions, both on the nature of black holes and the validity of general relativity. Unfortunately, due to its small size, traditional imaging approaches require an Earth-sized radio telescope.

In this talk, Dr. Bouman will discuss techniques she helped to develop to photograph a black hole using the Event Horizon Telescope, a network of telescopes scattered across the globe. Imaging a black hole’s structure with this computational telescope requires her and her team to reconstruct images from sparse measurements, heavily corrupted by atmospheric error. The resulting image is the distilled product of an observation campaign that collected approximately five petabytes of data over four evenings in 2017. She will summarize how the data from the 2017 observations were calibrated and imaged; explain some of the challenges that arise with a heterogeneous telescope array like the EHT; and discuss future directions and approaches for event horizon scale imaging. 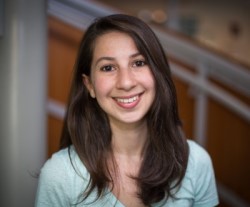 Katie Bouman is an assistant professor in the Computing and Mathematical Sciences Department at the California Institute of Technology. The focus of her research is on using emerging computational methods to push the boundaries of interdisciplinary imaging.

Before joining Caltech, she was a postdoctoral fellow in the Harvard-Smithsonian Center for Astrophysics. She received her Ph.D. in the Computer Science and Artificial Intelligence Laboratory (CSAIL) at MIT in EECS. Before coming to MIT, she received her bachelor’s degree in Electrical Engineering from the University of Michigan.