Film Screening of "All the President's Men" 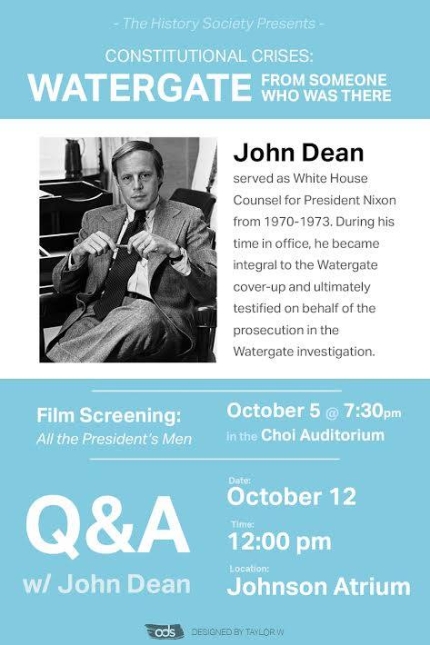 Film Screening: "All the President's Men" October 5th @ 7:30 PM in the Choi AuditoriumWith a follow-up Q&A with John Dean on October 12th @ 12:00 in Johnson Atrium

CONTSITUTIONAL CRISES: WATERGATE FROM SOMEONE WHO WAS THERE
With a follow-up Q&A with John Dean on October 12th @ 12:00 in Johnson Atrium

John Dean served as White House Counsel for President Nixon from 1970-1973. During his time in office, he became integral to the Watergate cover-up and ultmately testified on behalf of the prosecution in the Watergate investgation.