We want to hear from our Spanish Studies alumni!

If you’d like to add or update your info, please send an email to OxyLang@oxy.edu. 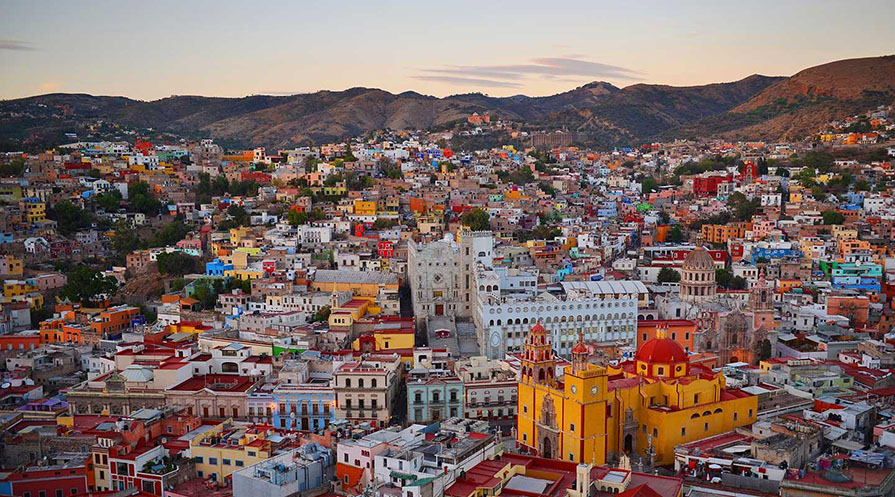 In Summer 2021, I completed an internship for the Argentina Program at the Woodrow Wilson International Center for Scholars. My knowledge and training in Spanish enabled me to carry out detail-intensive research, understand original government publications and policies, and investigate country-specific media production. I am currently in Spain and am participating in the North American Language and Cultural Assistant Program (NALCAP). It's been an enriching experience and I've been able to practice lesson planning, teaching methodology, and — of course— speaking Spanish. In Fall 2022, I will be attending a graduate program for Latin American literatures and cultures. I would like to thank my many mentors from the Spanish department for all their help throughout my years at Oxy (as well as post Oxy)!

I've been using my free time since graduating to develop my studio practice.

In Fall 2021, I started my MS in General Linguistics at Georgetown University and hope to continue studying linguistics at the PhD level in the future. I have been keeping up my Spanish and hope to incorporate it into my future research.

After graduating, I moved to Lugo, Galicia (Spain) as a Fulbright English Teaching Assistant for 2019-2020; in Lugo, I taught vocational English to aeromechanics students and learned Galician. When COVID ended my grant early in March 2020, I moved back home to Southern California and completed an online Post-Baccalaureate Certificate Program in Classics at UCLA where I took graduate seminars in Spanish and Greek and improved my Arabic and Latin. I'm currently in my first year of a Comparative Literature Ph.D. at Princeton where my areas of interest include lyric and epic poetry, medieval Spain, and Colonial Spanish American Literature. Un abrazo enorme to the Spanish Department at Oxy—I would not be where I am today, studying these texts that I love, if not for the wonderful people on the fourth floor of Johnson.

From 2017-2020 I completed an Articulated Master's Degree program at UCLA with a Master's of Public Health in Community Health Sciences and a Master's of Arts in Latin American Studies. Upon graduation I was hired part-time as a facilitator for the new contact tracing and case investigation training lead in partnership by UCLA, UCSF and the California Department of Public Health (CDPH). There I was a training facilitator in both Spanish and English. A few months later I was hired onto the UCLA team full-time where I supported the efforts of the Virtual Training Academy as we supported workforce development and training efforts related to the COVID-19 response. Most recently (since March 2021) I have been the Program Manager for a new joint-initiative between UCLA, UCSF and CDPH training and providing a workforce pathway for early-career public health professionals called the California Public Health Corps Training and Pathways Program (Pathways for short). The Pathways program hired its inaugural cohort of 45 Trainees who are currently completing their two-year contract with the program at local health jurisdiction host sites throughout the state of California.

After graduating from Oxy, I did an AmeriCorps year of service in Boston, MA. I worked at an inner city middle school teaching literacy and coaching tennis. I fell in love with teaching that year, pursued my master's degree at Boston University, and have been teaching ever since! I am currently in my 6th year of teaching and live in Amsterdam, Netherlands. It has been such an amazing journey and I am thankful for my Oxy experience every day!

Since graduating, I've roamed the western hemisphere, living in Argentina, working for a reproductive health non-profit in North Carolina, going to nursing school in Connecticut, before finally settling down in Humboldt County, CA. I work here at a tiny, three labor bed hospital and community health clinic providing prenatal, birth, and gynecologic care as a midwife. When I am not on call catching babies or in the clinic performing pap smears, I'm usually found at one of Humboldt's beautiful beaches or hiking in our old growth Redwood forests!

After graduating from Oxy in 2014, I moved to New York City and spent 5 years working in talent acquisition and operations. Currently, I am a doctoral candidate in Clinical Psychology at the New School for Social Research, where I earned my Master's Degree in Psychology with a Concentration in Mental Health and Substance Abuse Counseling in 2022. My current research aims to expand on literature around the psychopathological nature of boredom. In my free time, I volunteer as an emergency room advocate for survivors of human trafficking, sexual and domestic violence and enjoy escaping the city with my dog.

After studying abroad in Buenos Aires, Argentina in 2005-6, I moved back to BA after I graduated in 2007 and lived there for almost 6 years until July 2012. In BA, I started a company called YoQueVos (which means “if I were you” in argentinean slang), an email newsletter with local tips for local Argentine women about what was hot and happening in BA (juice bars, artists, secret restaurants etc) in 2008 before email newsletters were a thing. We eventually expanded to Santiago, Chile and São Paulo, Brazil and were accepted into the first class of Techstars. In 2012 I moved back to the US and eventually found my way to the Bay Area. I’ve worked in tech sales since then and in 2020, I launched Spanish Book Box (www.spanishbookbox.com) which is a monthly subscription box of one authentic beautiful Spanish children’s book imported directly from Latin America and Spain and sent directly to your door, with other special extras to make you connect more with the Spanish language and the country of origin.

I have been working in employee benefits, compensation, and HR in DC at a company called OneDigital since 2013. I started working in account management and transitioned to business development in 2017. In 2015, I obtained my Certified Employee Benefits Specialist (CEBS) certification. I am on the Board for DC SHRM and HR Virginia, two industry-leading HR associations. And, in 2021, I received my MBA from McDonough at Georgetown. I'm married to a Brazilian (I mix up my Spanish and Portuguese ALL the time) and we have two corgis.

I'm a fundraising consultant based in Portland, OR, and I work with organizations all over the country and globally that are driving social change and promoting equity and justice. My Spanish skills have served me well in work and life! For my entire career since graduating from Oxy, I have worked in bilingual English/Spanish settings. Most recently, as a consultant I've worked with clients based in Puerto Rico and Mexico. I've also had amazing opportunities to travel extensively around Latin America, including to Argentina, Bolivia, Chile, Cuba, El Salvador, Guatemala, Honduras, Mexico, Peru, and Bolivia. I am now studying Japanese and hope to travel to Japan someday.

Although a Spanish major, I took a unique opportunity to live and work abroad in France after graduating. I combined my love of travel, languages, and dance to join the team at Disneyland Paris and work in their Character & Parade Department where I was friends with many of the Disney characters you know and love! I learned French on the job and was able to put my Spanish degree to use in my daily interactions with guests from around the world. After two years at Disneyland Paris, I returned to the SF Bay Area to start a new career at a FinTech company. Outside of work, I am busy learning my fourth language – German (and passed my A1 certification) – , still plan to sit for the DELE exam, and have ambitions to relocate to Europe in the next few years.

After graduating from Oxy, I went on to earn my Master's Degree in Linguistics with an emphasis in TESOL from California State University, Long Beach. I then earned my J.D. from Trinity Law School, and I am a practicing employment attorney. I find the cross-section between my language learning and linguistics dovetails beautifully with the law.

Following graduation I started a 17 year career at consulting firm Willis Towers Watson working in their benefits outsourcing service center. My last role there was as the operations director, responsible for quality, training, recruiting, knowledge enablement, and workforce management. In 2021 I left WTW to join Included Health, a tech-enabled healthcare company, as a Director of Member Care.

I lead global monetization strategy for LinkedIn’s hiring, learning and engage businesses. While I don’t use language skills in my role understanding different cultures and perspectives is important to building a member and customer first approach to our strategy.

After Oxy I moved to the DMV area (DC/MD/VA). I received an MFA in Creative Writing from the University of Maryland. For 15 years I worked in the non-profit sector in educational organizations related to children’s literacy, ESOL adult education and more specifically family literacy (currently serve on the board of one of these organizations). For 6+ years I’ve worked in local government in children’s behavioral health. I’ve also continued writing.

Since graduating from Oxy, I made the decision to return to my community and become a bilingual elementary school teacher. My career has taken many twists and turns, but always firmly grounded in education. After spending many years working for the Los Angeles Unified School District, I eventually left to pursue a Ph.D. in education. I earned my Ph.D. from the University of California, Los Angeles. I also hold an M.A. in Education with an emphasis in Reading, K-12, from California State University, Los Angeles. Currently, I am an assistant professor in the department of Educational Leadership at CSU Fullerton.

After graduating from Occidental College, I went on to medical school at UCI and completed residency at Pomona Valley Medical Center in Family Medicine. I’m currently in private practice and live in Paso Robles, California. I am a native Spanish speaker but majoring is Spanish really helped me refine my mastery of the language. I use it on a daily basis with patients. With the onset of the pandemic, I began to volunteer in my community and now speak to local Spanish speaking educators and leaders about COVID 19. I have benefitted greatly from the skills I acquired as a Spanish Major at Occidental College!

After receiving a Masters in Hispanic Studies at the University of Pennsylvania, I taught high school Spanish and coached for several years. During this time I found a passion for promoting social and economic justice and fighting for the rights of immigrants and refugees. This led to a new career in social work. The focus of my work post PhD in social work, has been anti-discrimination in the Latino community. I have worked at every level of practice and am now teaching at the Master's level in Social Work at Madonna University, near Detroit, Michigan.

Since graduating from Oxy, I have earned an M.S. in Statistics and Measurement from the University of Pennsylvania and a Global Executive MBA from INSEAD in Fontainebleau, France. After spending 20 years working at The Princeton Review, McGraw-Hill, and the NYC Department of Education, I founded a small consulting and software company called Tembo. I sold the company, my home, my car, and most of my possessions in late 2019 and my wife and I are currently traveling around the world. I'm finally using my Spanish on a regular basis and also learning French.

After Oxy, I got my MS and PhD in Hispanic Linguistics from Georgetown University, and have been a professor at the University of South Carolina since 1998. My teaching and research interests are in the development of Latin to Spanish, Portuguese and other Iberian varieties, Spanish phonetics and pronunciation, and in historical linguistics, dialect variation and linguistic theory more generally. I've also had great experiences leading study abroad summer programs to various cities in Spain, Costa Rica and Ecuador.

I’m a global supply chain director; I worked in Mexico for 10 years; I dream about going back to Spain — forever — every day.