Check out current and past events in the Spanish & French Studies department! 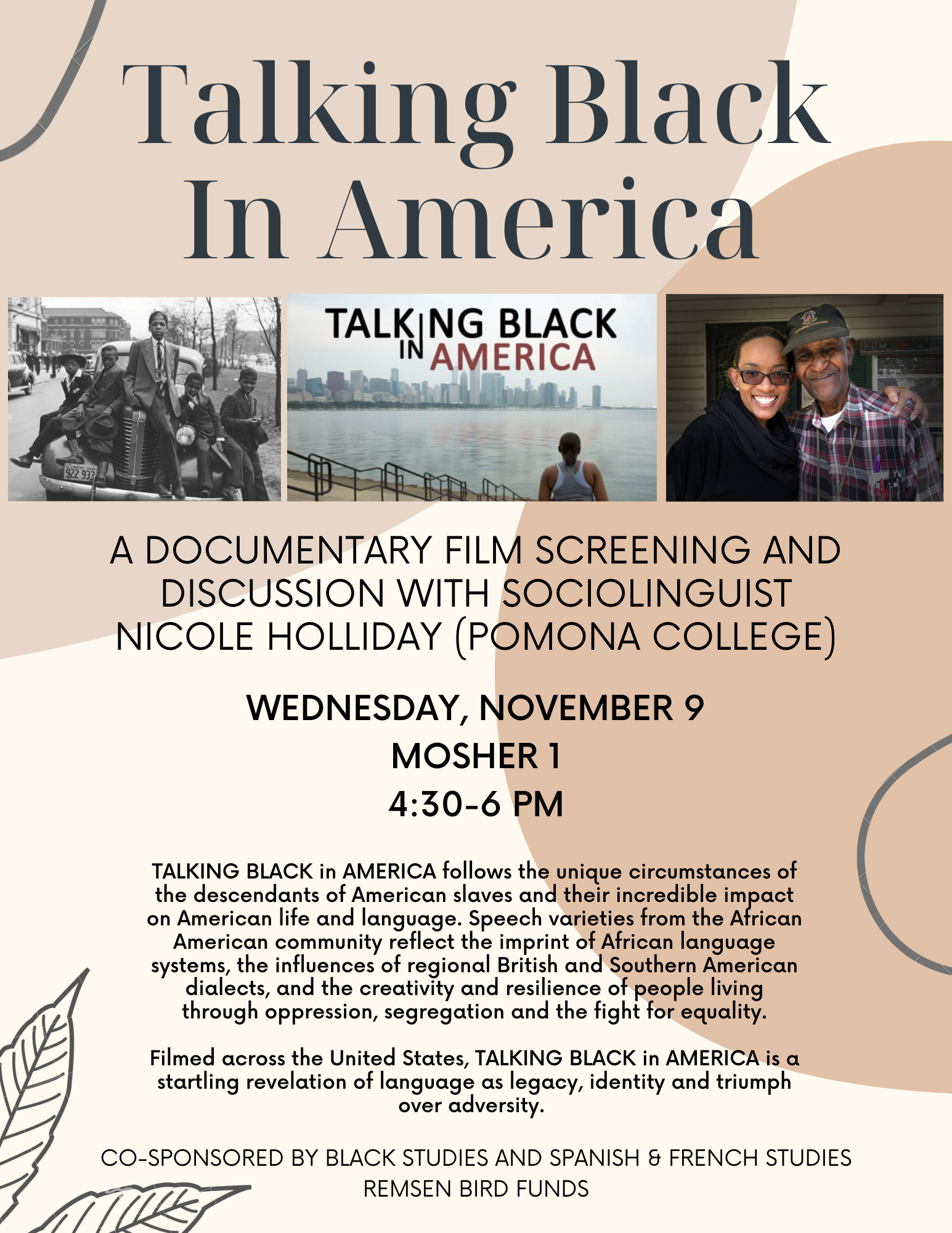 An in-person documentary screening and Q & A with Dr. Nicole Holliday, award-winning sociolinguist from Pomona College and contributor to Talking Black in America. Presented by Black Studies and Spanish & French Studies with the generous support of the Remsen Bird Fund.

TALKING BLACK in AMERICA follows the unique circumstances of the descendants of American slaves and their incredible impact on American life and language. Speech varieties from the African American community reflect the imprint of African language systems, the influences of regional British and Southern American dialects, and the creativity and resilience of people living through oppression, segregation and the fight for equality.

Filmed across the United States, TALKING BLACK in AMERICA is a startling revelation of language as legacy, identity and triumph over adversity. With Reverend Jeremiah Wright, DJ Nabs, Professor Griff, Quest M.C.O.D.Y., Dahlia the Poet, Nicky Sunshine and many others.

For more info, check out the many resources available from the Language and Life Project, producers of Talking Black in America, and check out a trailer here. Email Prof Bolyanatz with any questions. Hope to see you there!

Careers in Language and Linguistics

In 2021, Profs. Bolyanatz and Shelton created the "Careers in Language and Linguistics" speaker series, and we've been fortunate to have several alums and other folks join us to talk about how they incorporate language/linguistics into their chosen careers. Please reach out if you'd like to be a featured speaker!

We're excited to be presenting our second annual speaker series, and are looking forward to this semester's line up! Please email oxylang@oxy.edu for Zoom/joining info where applicable. 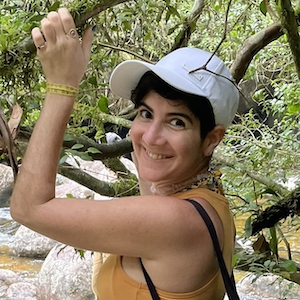 Isadora Zanon ('13): It’s About the Journey: How Learning Languages Can Lead You to Unexpected Fields

Isadora Zanon graduated from Oxy in 2013 with a B.A. in Group Languages (Spanish and Linguistics). After graduating, she lived in Europe for eight years teaching English in Spain, France, Germany, and Italy. She also earned a M.A. in National and Transnational Studies during her time in Germany, where she wrote a thesis on community theatre work with refugees. Now back in her hometown of New York City, Isadora is working as a producer on the TV show, “Afro-Latino Travels with Kim Haas”. Her talk will focus on how a passion for languages has led to a life of adventure, even when she wasn’t always certain what her next steps would be. 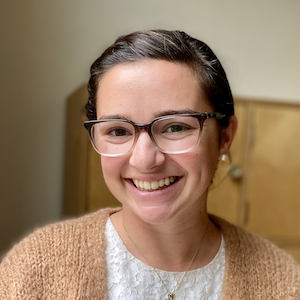 After graduating in 2016, Lucy did an Americorps year of service in an inner-city Boston middle school. She later pursued an M.Ed. in Curriculum in Teaching at Boston University while teaching Spanish at a Boston high school, and is now teaching English at a primary school in Amsterdam, Netherlands. In this talk, Lucy will discuss the opportunities she took to advance her career (even if they were risks!) and how teaching language was the underlying force through it all. 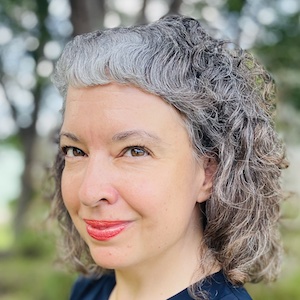 Sarah focuses on improving support to people impacted by conflict and disaster. From delivering relief assistance in the Democratic Republic of Congo to presenting on social protection frameworks in Madagascar, French has played an important role in her career in the humanitarian sector. In this talk, Sarah will explore how language is a door opener and critical skill for working in international development and similar fields. 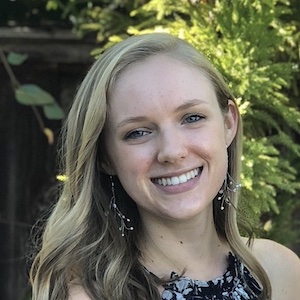 Hannah Grant, M.A., CCC-SLP ('15): Speech-Language Pathology: Getting into the field from Oxy, and working in the public schools

Hannah graduated from Oxy in 2015 with a BA in Group Language (Spanish & Linguistics). The following year, she completed a post-baccalaureate program in Communication Sciences & Disorders at Chapman University. She worked as a speech-language pathology assistant (SLPA) during the 2016-2017 school year, and then attended San Diego State University for her MA in Speech, Language, & Hearing Sciences, graduating in 2019. This is her second year working as a speech-language pathologist in San Diego Unified School District. Her current caseload ranges from preschool to 6th grade, and the majority of her students are bilingual in both Spanish and English. 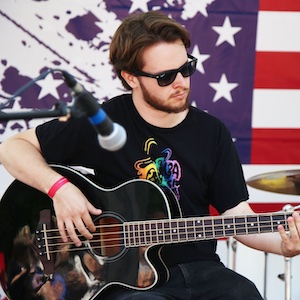 Dexter Blackwell graduated with a BA in Group Language from Occidental College in 2017, focusing on linguistics and Russian language. After receiving Ukrainian language training at Indiana University's Summer Language Workshop, he spent a year as a Fulbright English Teaching Assistant in the Donbas region of Ukraine. As a Master's student at Indiana University's Russian and East European Institute, Dexter is currently writing his MA essay on the fight against Russian disinformation in Ukraine. In the talk he shared with us in April 2021, Dexter shared his experience studying language and linguistics, and highlighted the academic and professional opportunities that are possible with a degree in Group Language. Dexter also shared how he is applying his skills learned at Oxy in his Master's studies and how he plans to use them in his future career. 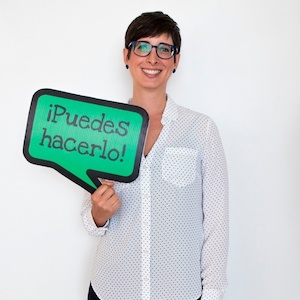 Cindy Blanco, Ph.D., Duolinguo: Language experts in industry: Where you fit in

Dr. Cindy Blanco is a senior learning scientist at Duolingo, where she works to develop better ways to teach languages with technology. She earned her MA in Spanish linguistics at Penn State and her PhD in linguistics from UT Austin, and she worked as a postdoctoral researcher in cognitive psychology at Northwestern University. Her research used experimental methods to investigate language learning, accents, and bilingualism in infants, children, and adults. Dr. Blanco studied Spanish, Russian, and French as an undergrad, and she has also learned Catalan, Italian, American Sign Language, and Portuguese to varying degrees and through a range of methods. She now gets to share her enthusiasm for languages and language learning with over 500 million learners worldwide! In this talk (Feb 2021), Cindy taught students/alums how identify the marketable skills they have developed as language experts and how they can communicate their experiences to future employers. She used different jobs at Duolingo as examples of the kinds of work that language experts do, including curriculum design, localization, language assessment, and communication. Some helpful tips Cindy gave were about the qualifications and preparation needed for each role, how to build up your resume, and how to network to find opportunities related to your interests.