Slavery and Antislavery at the Nation's Founding | Occidental College

Slavery and Antislavery at the Nation's Founding 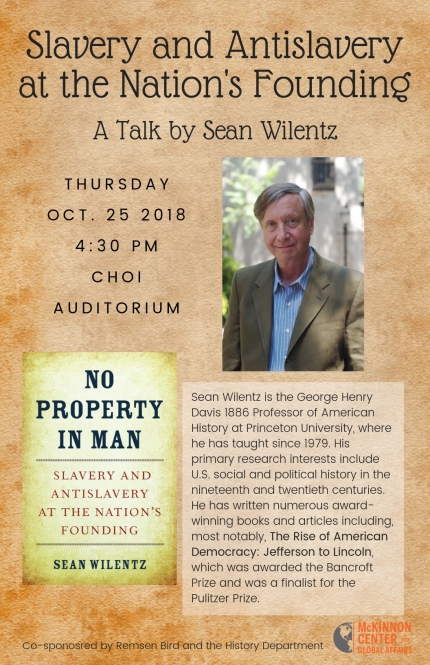 Sean Wilentz is the George Henry Davis 1886 Professor of American History at Princeton University, where he has taught since 1979. His primary research interests include U.S. social and political history in the nineteenth and twentieth centuries. He has written numerous award-winning books and articles including, most notably, The Rise of American Democracy: Jefferson to Lincoln, which was awarded the Bancroft Prize and was a finalist for the Pulitzer Prize.