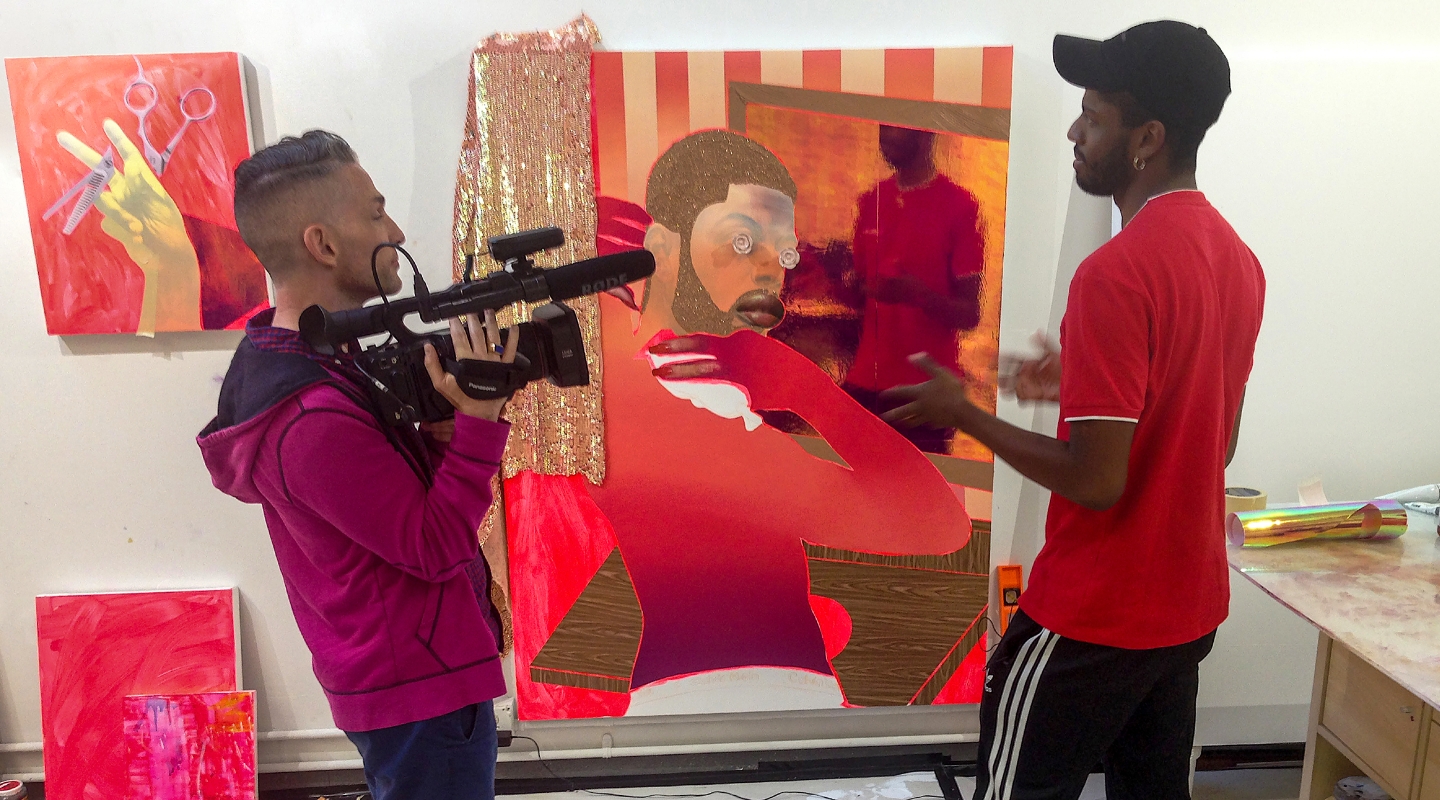 Professor and filmmaker Broderick Fox explores the relationship between barbershops and masculinity in his new documentary, Manscaping

Media Arts and Culture Professor Broderick Fox did a workshop last year where he showed his students how to pack all the production equipment they needed into two bags. “I basically packed like I was going on a shoot using the equipment that they check out,” says Fox, who has made three feature-length documentaries of his own during his 18 years at Oxy. “The way that I’m producing my work in some ways is very similar to the parameters that our students are placed under. I’m literally using the same camera and editing system that they are. And the size of my crew is often smaller than the ones they’re assigned,” he adds with a laugh. 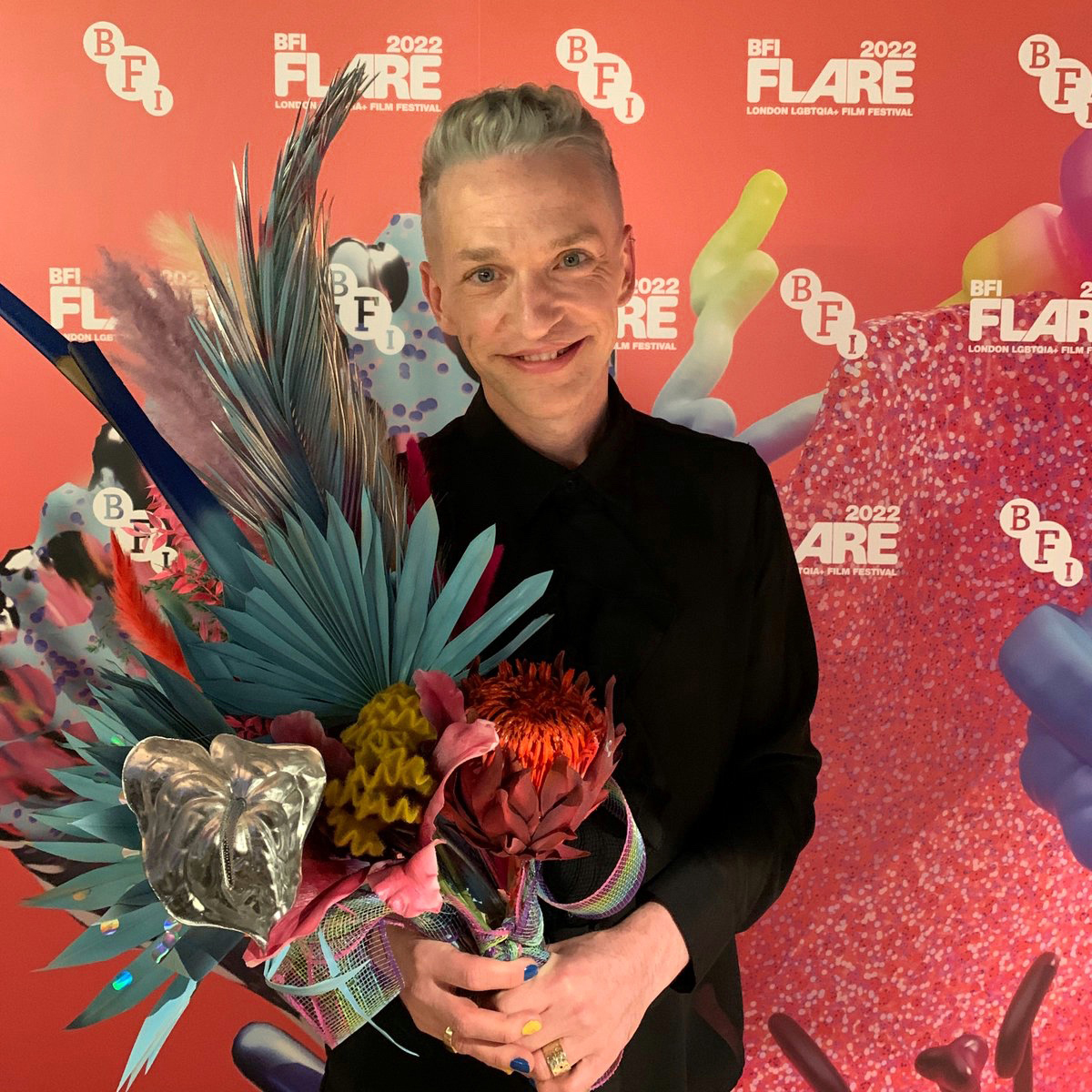 Fox’s latest documentary, Manscaping (whose tagline is “queering the barbershop”), may be his most accessible work to date. Since its world premiere at the Santa Fe (N.M.) Film Festival in February, the film has played at 21 festivals, including the British Film Institute’s BFI Flare festival in March and the Outfest L.A. Film Festival in July—with more to come. “Outfest was really special for bringing together current and former students,” Fox says, “even my grad school mentors and other members of the Oxy community.”

Fox graduated from Harvard in 1996 with a degree in biology and documentary film. “I went in thinking that I wanted to be a marine biologist,” he says. “Unconsciously, I was putting together this liberal arts core experience.”

Intent on pursuing a career as a filmmaker, he went to graduate school at USC to study media production, where he was chosen to make a thesis film, which is a competitive process. Then, he says, “Much to the horror of several of my mentors”—though many of them were quite supportive—he chose to pursue a Ph.D. in critical studies.

“Integrating history, theory, and practice has always been innate to me,” he says. “How can you think through the ethical responsibilities or greater possibilities of creating work if you don’t look at how things have been made in the past? These are the questions that we are able to explore every day at Oxy.”

In the current digital moment, he adds, “Our students are getting more experience on so many levels. The idea of going to grad school in order to be able to be a filmmaker has changed profoundly since that time. And I think we equip our students pretty well.” 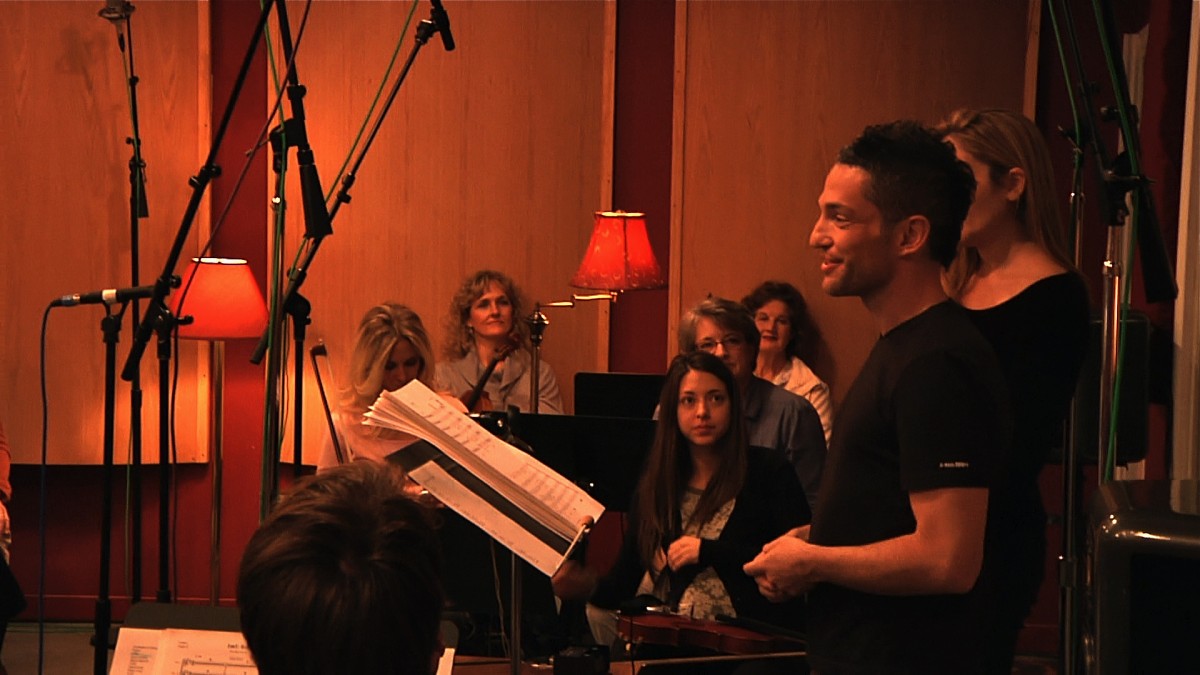 When Fox set out to make his first documentary feature, The Skin I’m In, he found himself at a crossroads: While he was still new in his role at Oxy as an adjunct professor of film and media studies, he had hit rock bottom personally—brought to his knees by an alcohol-induced episode that nearly cost Fox his life. “Intellectually and emotionally, I eschewed organized religion at an early age because of its fraught and exclusionary practices in relationship to queerness,” he recalls. “I had not yet cultivated a sense of spirit outside of myself—what we now think of more around mindfulness and things like that. But that was a really hard moment.”

Perhaps subconsciously, Fox turned to filmmaking to find meaning out of a moment of trauma—exploring how alcoholism is one reaction to a sense of being unsettled in relationship to American culture. “I was exerting a lot of self-destructive behavior onto myself, specifically onto my body,” he says. “As I was entering into my 30s, I was trying to chart a more sustainable and meaningful balance between mind, body, and spirit.

“The idea of getting a tattoo,” he explains, “was a way for me to think about how to take a body that I had done so many bleeding and damaging things to and doing something more meaningful, enduring, and beautiful. 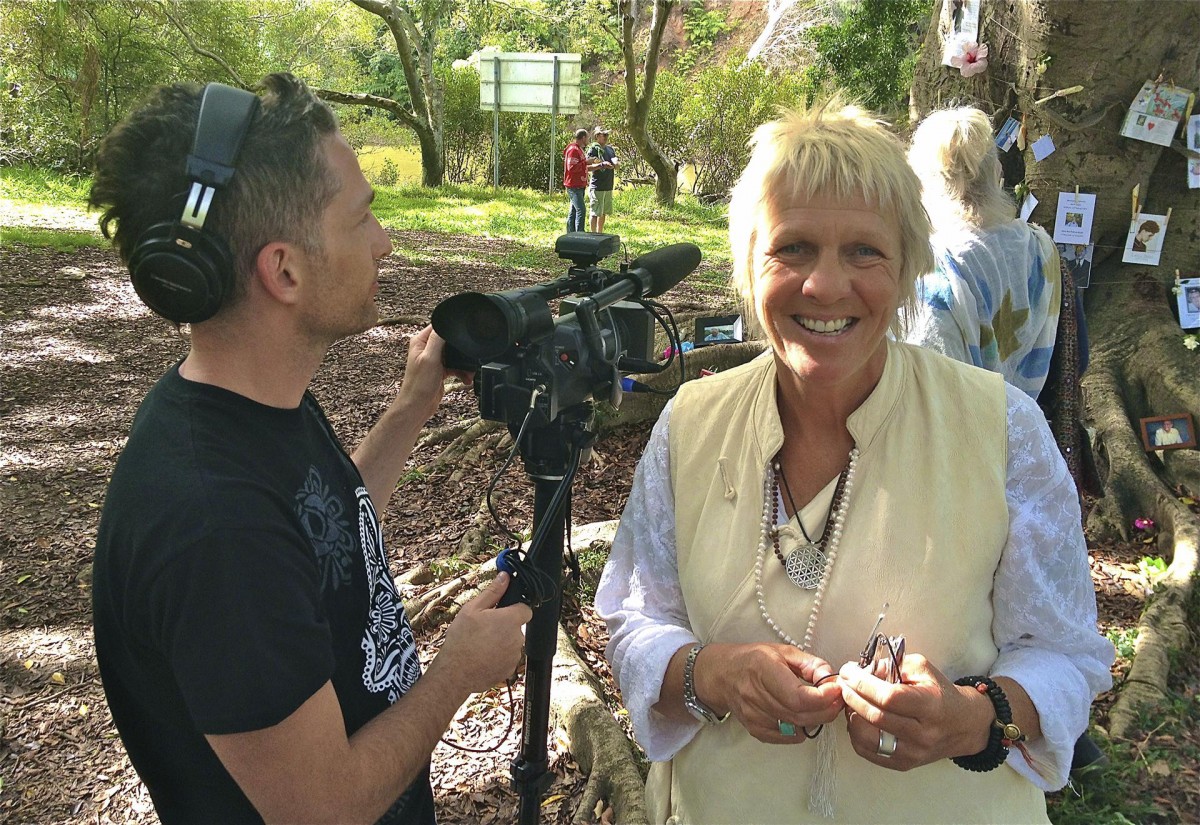 “The nice thing about digital technology is that I could do this work without a crew,” Fox adds. “I could do it at my own pace, and I gave myself the reassurance that I never had to show any of it to anyone.” After a six-year journey, The Skin I’m In had its premiere screening on the Oxy campus in February 2012. Over the next 18 months, it enjoyed a festival run spanning 17 cities in 11 countries.

As a filmmaker, Fox has progressed from creating an autobiographical work to turning the lens outward to tell the story of a single individual who’s addressing death and dying with a community in a more informed and grounded way (Zen and the Art of Dying, 2015) to a multi-person narrative that places three unrelated lives into conversation (Manscaping).

“I think of documentary’s potential as being inherently queer: using intersectional and interdisciplinary frameworks to unpack perceived norms,” Fox writes in his director’s statement about the film. Manscaping “uses barbering and body hair as a means of questioning historical and cultural ideas about masculinity and manhood in the West.” 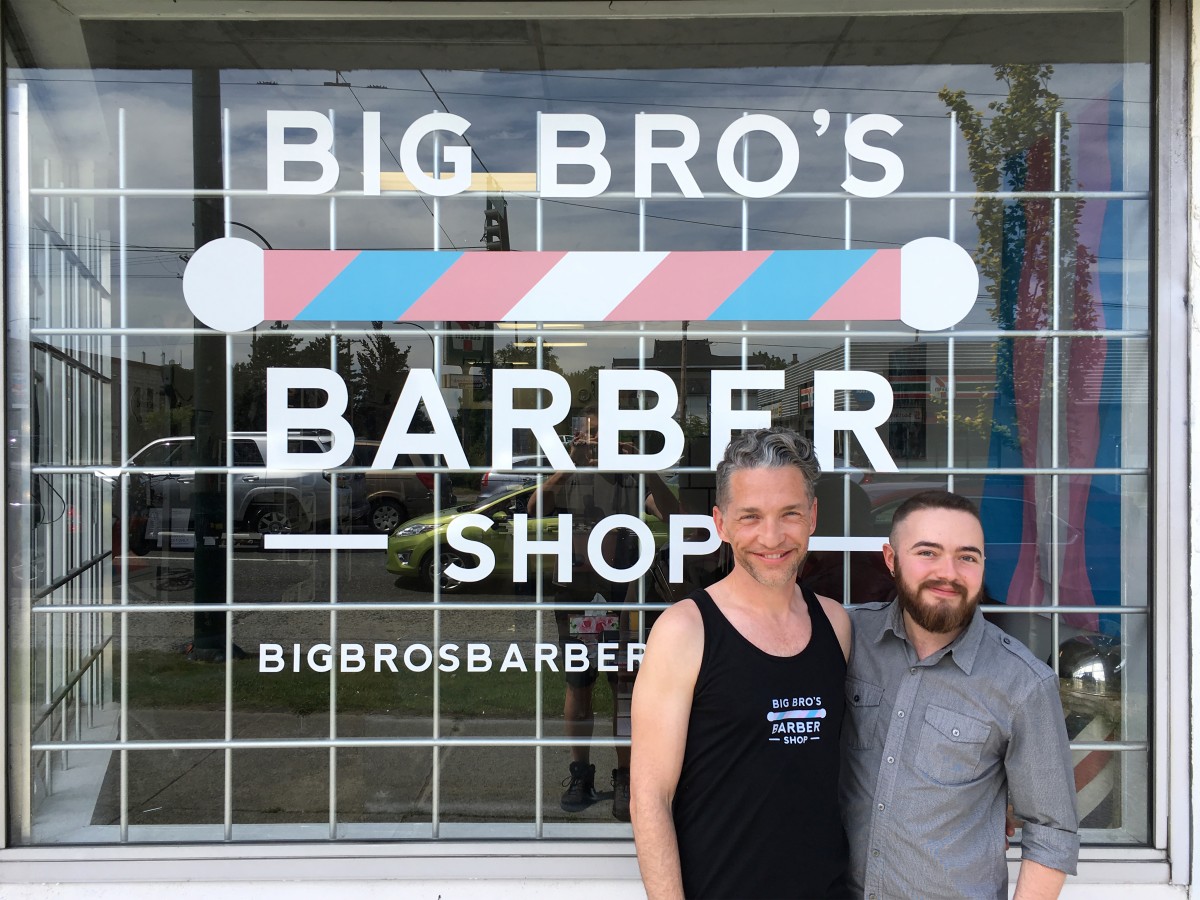 In researching the subject, Fox contacted seven individuals—two barbers, two visual artists, two performing artists, and a historian—filming six of them prior to the pandemic. Once he sat down in the editing room, the material that most resonated with him was the three participants who grounded themselves within the physical space of the barbershop: Richard Savvy, a fetish barber and queer activist in Sydney, Australia; transgender activist Jessie Anderson, who owns a trans-friendly barbershop in Vancouver, British Columbia; and Devan Shimoyama, an assistant professor at Carnegie Mellon University in Pittsburgh, whose paintings examine his relationship with Black barbershops.

With Manscaping, Fox says, “It’s the first time that I’ve really explored what it means to interweave multiple individuals’ experiences. I started this film in a way similar to what I challenge my students to do—to think through what the driving questions are that are gonna serve as the grounding for the project, and not to have all the answers by any stretch of the imagination.”

When Fox gets to the editing stage, Lee Biolos—his partner, producer, and sound recordist—is his first set of eyes and ears on his projects. “Lee also is an extraordinary dramaturg, having worked with playwrights and storytelling in the theater for decades,” Fox says, “and we are not precious with each other around content. I also think I’ve gotten more and more adept at being honest with myself about what I have. One of the blessings of editing my own work is that by the time I say a film is done, there is no stone left unturned in the material.” 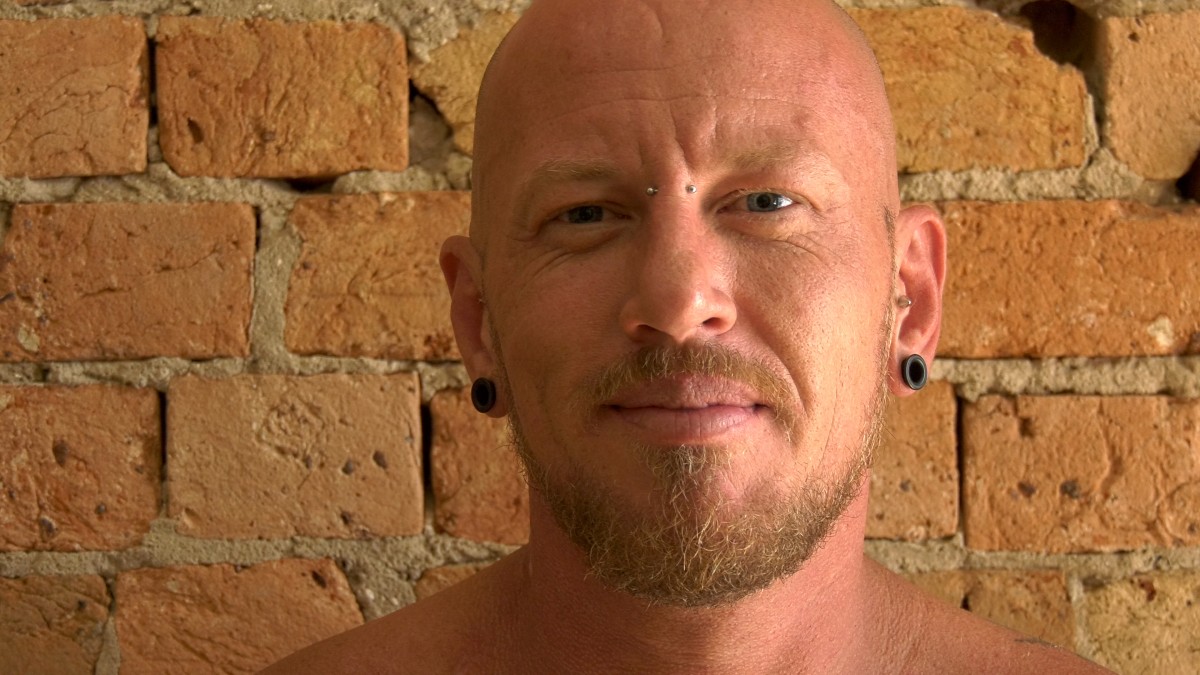 On the last day of filming with Savvy in Australia, Fox realized that something was missing. “We had gotten some amazing material of Richard doing body grooming, but I realized that I hadn’t filmed him giving a haircut,” Fox says. (Curiously enough, Fox has cut his own hair for the last two decades.)

“And so I told my partner, ‘You are getting a haircut,’” he continues. Like any good producer would, Biolos stepped into the barber’s chair for the camera. “Lee gets a straight razor shave in the film and has this very unexpected response where he was brought to tears through that experience.”

In completing Manscaping, Fox expanded his production team to include composer Ronit Kirchman, sound designer Scott Johnson, and Oxy’s director of digital media, Diana Keeler ’09, who did color grading and motion graphics for the film. He plans to do a screening at Oxy in the spring, around which time the film will be distributed digitally as well. 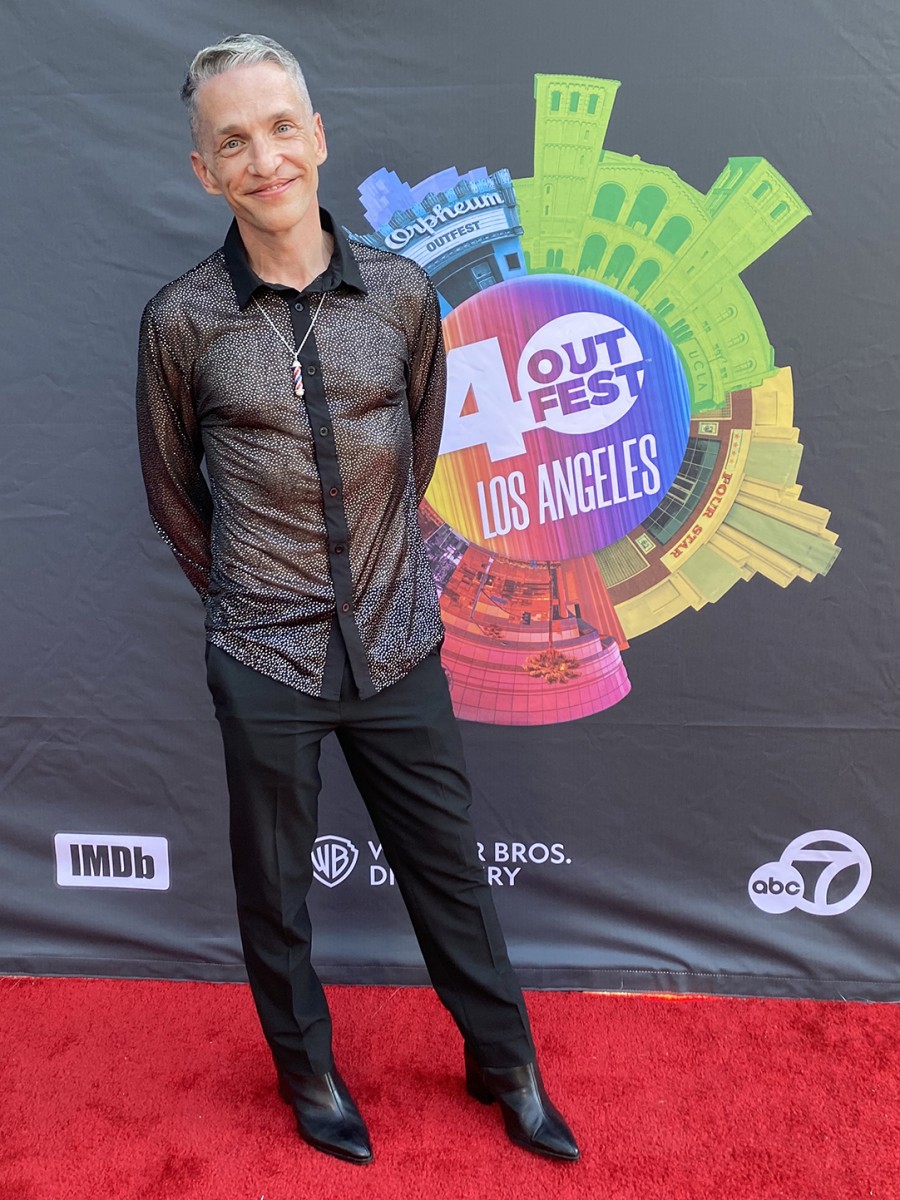 Has Fox thought about his next subject? “Every project that comes out—whether it be addiction and body issues or death and dying or questions around identity and masculinity—they’re all the queer lens that refracts all those questions for me,” he says. “But they’re all places of both interest and vulnerability, both fascination and fear, for me. And given the way in which I make documentaries, and the time I’m going to spend with this project or issue, is it something that is going to sustain me in terms of my own personal interest and investments?

“I think the next project that’s starting to shape up in some way is gonna be around elderhood and aging in the queer community,” Fox continues. “American culture more broadly has a fixation with youth and beauty, but there are some interesting and complex ways in queer communities in which there’s been a disconnect between generational knowledge. And I’m curious to explore what that is and possibly try to reimagine ways for that intergenerational connection to occur.

“Maybe I did the films out of order,” he notes with a smile. “I should have done the aging one before I did the death one.”

Top photo: Artist Devan Shimoyama gives himself a haircut in his Pittsburgh home.