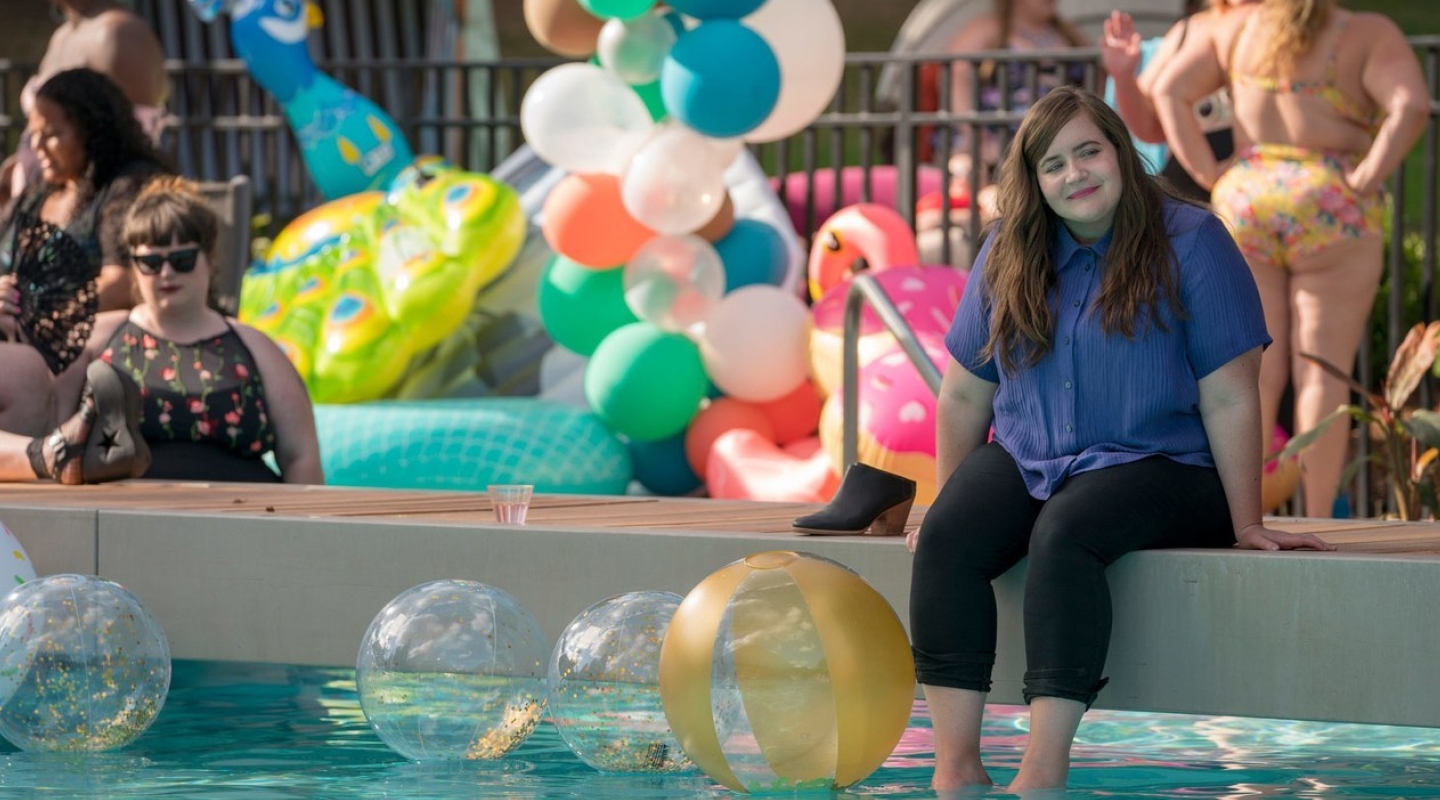 New books, articles, and TV series with an Oxy connection

Shrill, Lindy West ’04’s 2016 memoir about finding her voice as a budding Millennial writer—feminist and body positive—is the basis of a six-episode series for Hulu. The show, which was renewed for a second season, focuses on Annie Easton (Aidy Bryant, above), who is dealing with an unreliable boyfriend, ailing parents, and a tyrannical editor. West told NPR’s Ari Shapiro that she enjoyed making a fictionalized version of her life: “You can work out all your grudges and your resentments against everyone you’ve ever met, except with this plausible deniability because it’s fictional.”

Sola: One Woman’s Journey Alone Across South America, by Amy Field ’96 (WanderWomyn Publishing). A coming-of-age memoir about the 2½ years Field spent traveling alone in her mid-20s, Sola chronicles a young woman’s plunge from her pleasant narrow life into a rich foreign continent brimming with Panpipe-playing Zen masters, nighttime motorboat rides through the jungle, hikes to Inca ruins and Patagonian glaciers, witches, mummies, goddesses, Brazilian bikinis, and an accidental climb up a snow-covered volcano. At the center of it all is a slightly unstable surf guru who bends her mind with tidbits of wisdom and prompts the question: Can you ever go home again? Field weaves tales of the quirky, the insane, and the absurd during her journey through South America—the foundation for which began with the Richter Fellowship which she was awarded as a junior at Oxy. She lives on the central coast of California, where she funds her continuing travels by working as a nuclear mechanic, teaching scuba diving, and farming organic produce on her ranch.

Fiddled Out of Reason: Addison and the Rise of Hymnic Verse 1687-1712, by John William Knapp ’96 (Lehigh UP/Rowman & Littlefield). Examining a range of poems spanning the career of Joseph Addison, who is most well known as the co-creator of the early periodical, The Spectator, Knapp positions Addison as a key player in early 18th-century literary (rather than liturgical) hym­nography, a kind of writing that only continued to blossom throughout the next century. Knapp was an English and comparative literary studies major and acknowledges his indebtedness to teachers and friends at Oxy, including English Professor Dan Fineman and “our inimitable former Special Collections librarian, Mike Sutherland.” Knapp is visiting scholar in English at the University of New Mexico and instructor of English and humanities at Albuquerque Academy.

Unknowing Fanaticism: Reformation Literatures of Self-Annihilation, by Ross Lerner (Fordham University Press). From the European Reformation to today, the term fanatic has never been a stable one. Then and now it has been reductively defined to justify state violence and to delegitimize alternative sources of authority. Unknowing Fanaticism rejects the simplified binary of fanatical religion and rational politics, turning to Renaissance literature to demonstrate that fanaticism was integral to how both modern politics and poetics developed, from the German Peasants’ Revolt to the English Civil War. Lerner’s book traces two entangled approaches to fanaticism in this long Reformation moment: the targeting of it as an extreme political threat and the engagement with it as a deep epistemological and poetic problem. Lerner is assistant professor of English at Oxy.

Reading Genesis & Modern Science: A Study Guide, by Franklin P. De Haan and David O. De Haan (Credo House Publishers). What evidence do scientists have that the Earth is 4.5 billion years old, and that the Universe is 14 billion years old? Does the Bible really suggest that everything began only 6,000 years ago? How does one take both scientific evidence and the Bible seriously? Frank De Haan, a physical chemist, and son David, an environmental chemist, walk readers through geologic, chemical, and astronomical evidence of the Earth’s ancient past and its projected future, and how these topics intersect with Christian beliefs. Frank De Haan is Carl F. Braun Professor of Chemistry Emeritus at Occidental. David De Haan is professor of chemistry and biochemistry at the University of San Diego.

Briefly noted: Jacob Mackey, assistant professor of comparative studies in literature and culture, has published “Developmental Psychologies in the Roman World: Change and Continuity,” in History of Psychology, the journal of the American Psychological Association. Using findings from modern developmental psychology to revisit the ancient texts, Mackey argues that the Romans were keenly perceptive of children’s psychological abilities and cognitive maturation.

Erica Preston-Roedder, Mellon postdoctoral fellow in philosophy, has co-authored “Understanding the Baby-Friendly Hospital Initiative: A Multi-Disciplinary Analysis” in the International Journal of Feminist Approaches to Bioethics. The article traces how medical practices of “quality improvement,” which appear to have little to do with breastfeeding, may have shaped the Baby-Friendly Hospital Initiative.