The Excitement Is Back | Occidental College 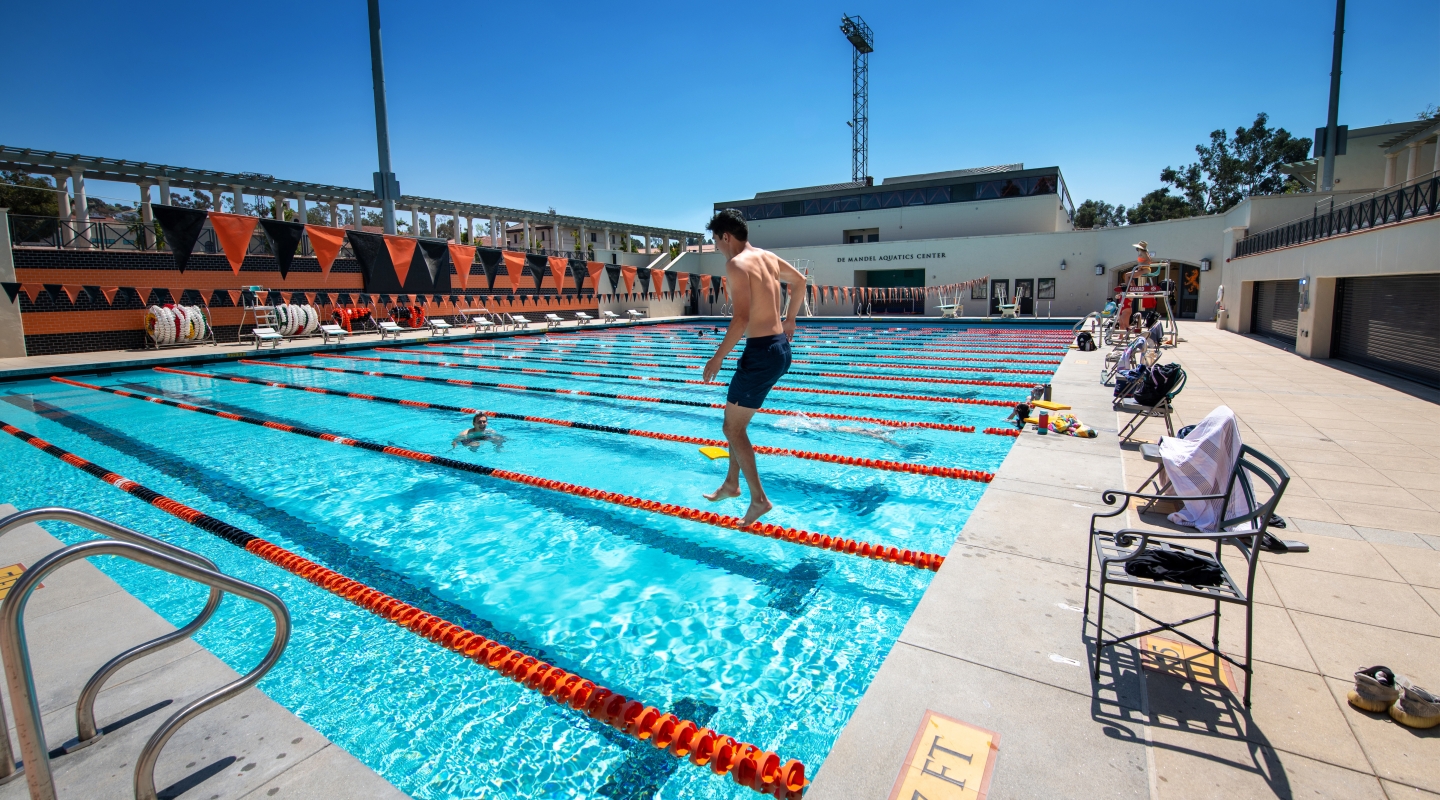 The Excitement Is Back

Oxy’s facilities reopen for practice, sparking hope and connection among the student-athlete community

On March 12, 2020, in conjunction with the move to remote learning for the rest of the semester, Occidental suspended the remainder of the spring sports season. For graduating seniors, it meant their last time in an Oxy uniform. As the suspension continued into the fall, then winter, and again into spring, student-athletes have struggled not only being without the competition of their sports, but also the connections of their teammates and coaches.

After a year without sports—the College’s longest interruption of play since World War II—Oxy began to reopen its athletic facilities for practice in March. As the L.A. County Department of Public Health began to relax its restrictions due to lower COVID-19 case numbers, Oxy’s student-athletes began to step back onto the field, court, course, or track—and in the case of the new De Mandel Aquatics Center, into the pool for the first time. (All have been wearing masks and/or practicing social distancing in doing so.)

For Karis Palomino ’24 of Torrance, who intended to try out for Oxy’s women’s soccer team last fall and compete for Oxy’s women’s track team this spring, the reopening of Jack Kemp Stadium in March meant that she was able to practice with her soccer teammates for the first time. Having started her college experience virtually last semester, “Most of the people in my classes, I’ve only seen their pixels, or heard their voice.” she says. Seeing her teammates in person was “refreshing, because I could see that they are real people.”

Matthew Teplitz ’21, a diplomacy and world affairs major from Chevy Chase, Md., would have played his fourth and final season on Oxy’s men’s soccer team last fall had the season not been canceled. Devastated by the news, Teplitz ultimately decided to extend his studies by a semester so that he could finish his career on the field this fall. “I love the guys and the coaches and Oxy is amazing,” he says. “I am really excited to get to compete and do what I love to do.” 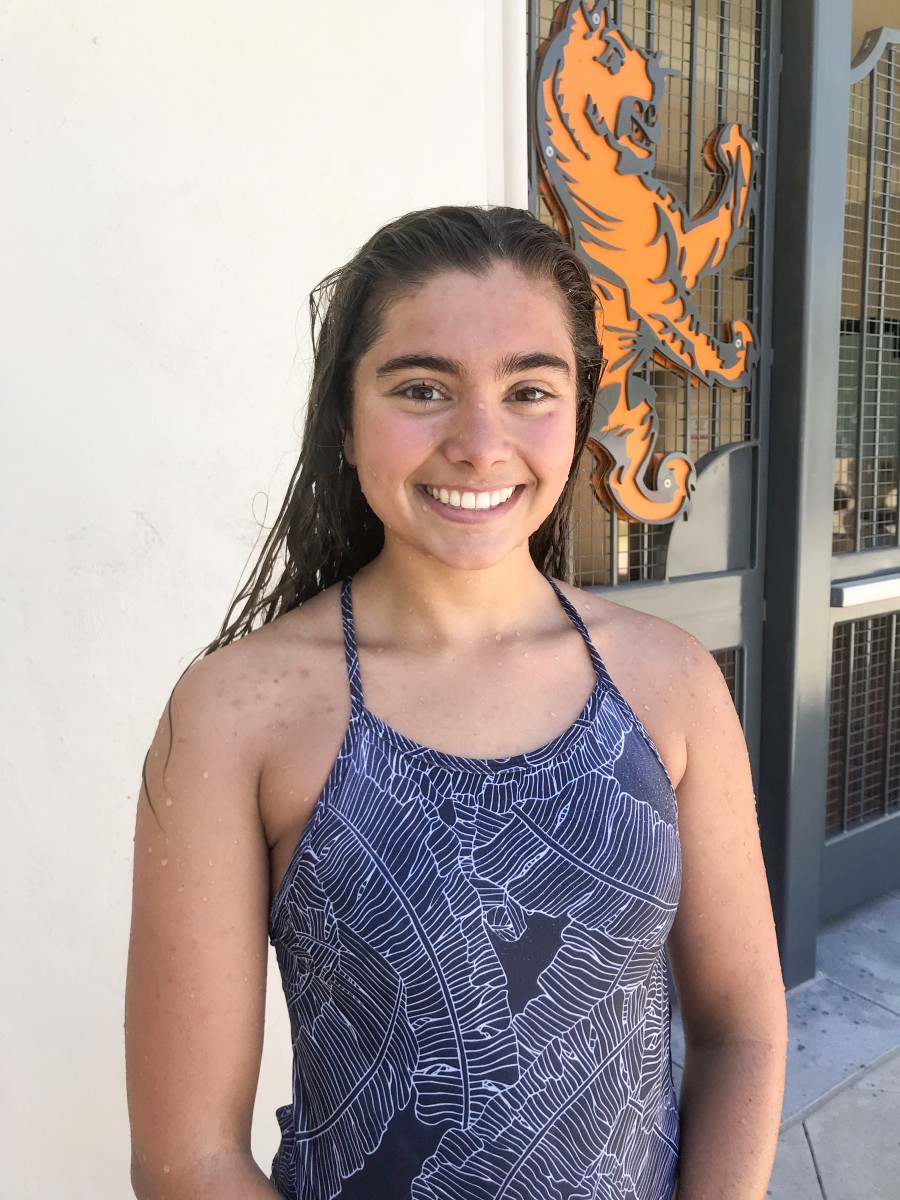 Getting back into Oxy’s facilities gave women’s water polo player Olivia Montgomery ’23, a psychology major from Eugene, Ore., a first taste of what her new competition home. Montgomery’s first season of intercollegiate competition was cut short last spring right before her and her teammates were scheduled to have their first home game in the long-anticipated De Mandel Aquatics Center.

When the College finally unlocked the gates to the new pool in mid-March, opening day was reserved for Oxy’s aquatics student-athletes and coaches to enjoy and celebrate the new facility. Montgomery is also a lifeguard at the pool this semester and has noticed that the pool “brings everyone together,” as she has seen other students as well enjoying the facility.

Men’s and women’s water polo head coach Jack Stabenfeldt ’14 shares Montgomery’s excitement around the introduction of the new aquatics center to his student-athletes and the community in general. The reopening of the College’s athletic facilities has sparked “hope for everyone in the Oxy community,” he says.

For her part, Palomino is optimistic about starting her college soccer career in the fall. Before practicing with her new teammates this spring, “Aside from my dad, I haven’t passed the ball with anybody in over a year,” she says. “I love my dad, but he’s not a soccer player.” 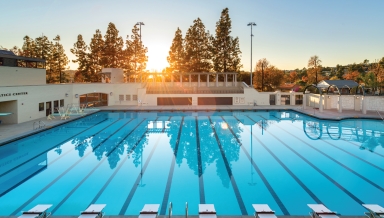 Athletics
The Shape of Water