Words to the Wise: Irene Girton 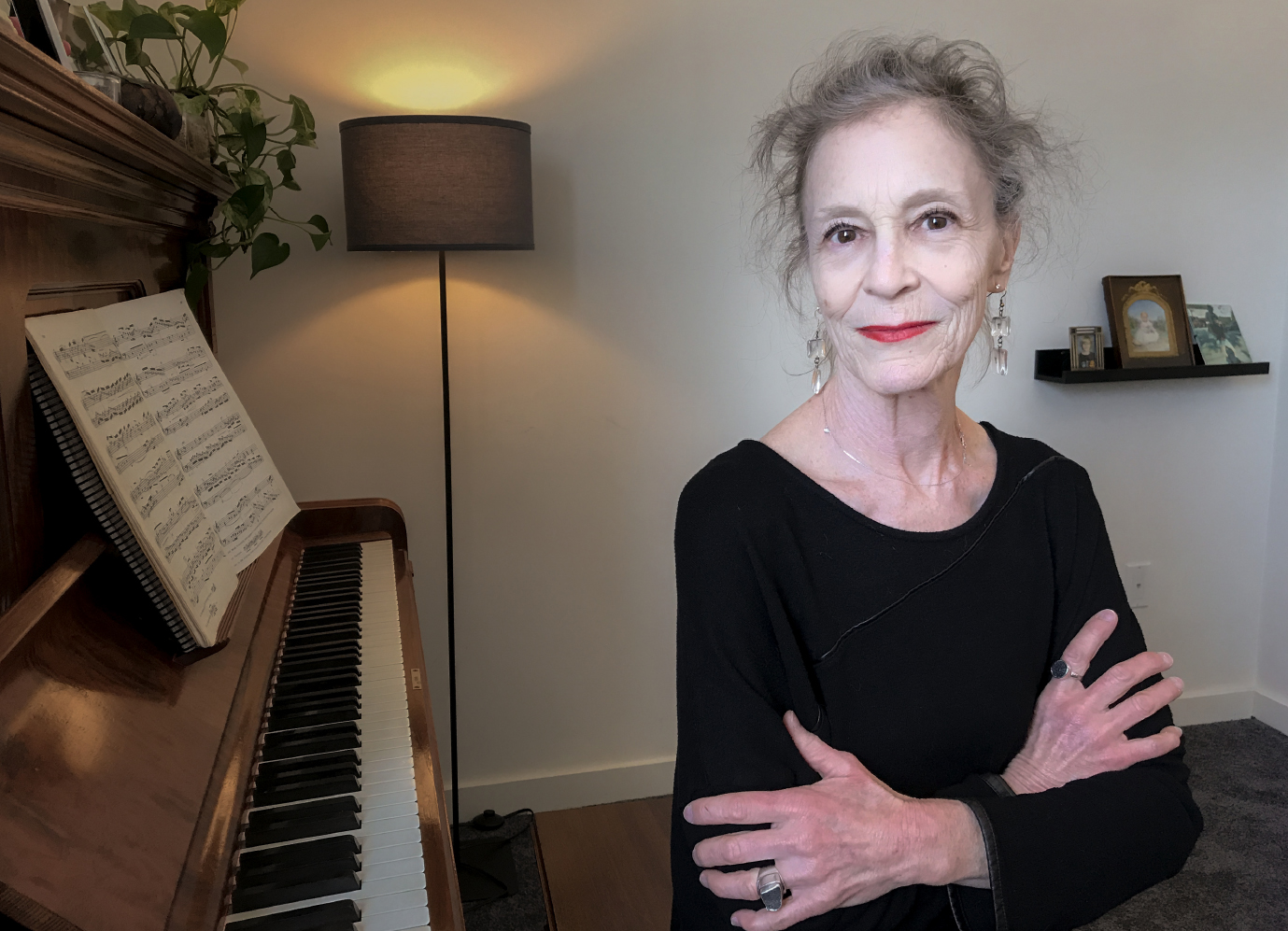 Professor of Music Irene Girton is retiring after 21 years at Oxy. This tribute to her career is part of the Spring 2021 magazine.

Favorite course: “Bach’s Cycles: Bach, Musical Systems, and the Enlightenment. Bach’s music has always driven me to go deep: to explore the scientific, intellectual, and artistic revolutions roiling through Europe in the 17th and 18th centuries, and to connect social and cultural events to the art they generate. Together with my students, we experience both the genius and the joy of Bach’s endlessly intricate contrapuntal thinking, and we learn to hear his music as communication, as clear as any other written or spoken language.”

Plans after Oxy: "My plans include a mixture of travel to both new and familiar places—one of the first trips will be to Tippet Rise in Montana (new), and then on to some far northern spots (the Shetland Islands, Iceland, maybe the Faroes … who knows?), and Berlin—and also some freelance editing, a little expert witnessing (musical copyright infringement cases—fascinating), lots of walks, and plenty of downtime. I'm open to suggestions.”

On retiring during a pandemic: "Ridiculous. A little sad. I wanted my last semester of teaching to be my best; I'd even planned a huge party for every Oxy music theory student I could find. Instead, as we all know, halfway through that last semester we all had to learn how to teach remotely with two weeks' notice, and it was scary as hell. I'd have to admit that those last six weeks of teaching weren't my best, but they were the best I could do under the circumstances, and the students were absolutely fantastic. I'm endlessly grateful to them for their generosity of spirit and their patience. I will miss them, and my wonderful colleagues, a great deal.”

Carrie Wade ’10: I only took one class with Irene Girton during my time at Oxy: an upper-level music theory course I was not especially looking forward to. Theory had never been my strong suit (still isn’t!) and the sequence of required courses for the major felt like more of a stress test than a learning opportunity. I arrived in Dr. Girton’s classroom prepared to grin and bear it (she was my academic adviser, so I had to at least pretend) while having a terrible time.

Instead, I learned from a brilliant woman just how clever music theory could be, and how thinking critically would set me up for success long into the future. Dr. Girton’s high standards for me—and all of her students—ensured that I didn’t just come away from that class with better musicianship, but also gained the confidence to pursue an unconventional path within and beyond Oxy.

In fact, what stands out to me now about Dr. Girton goes far beyond her abilities in the classroom (though I’ll never forget the day she stood in front of us and correctly called out the chord progressions, in real time, of every piece we threw at her through the loudspeakers). It’s her mentorship—and specifically, how she taught me to never settle. When I moved back to L.A. after leaving an unfulfilling job on the East Coast, Dr. Girton was one of the first people I wanted to see, precisely because I knew she would understand and applaud my decision to bet on myself. Through her example, I learned to expect more—and to pursue it with conviction. Her candor, intelligence, and wit make her incredibly fun to spend time with; she’s who I want to sit next to at any dinner party. And while I’ll always be grateful to her as an educator, I treasure her as a friend even more. I count myself lucky to know and learn from her always.

Wade is a member of the Inclusion Strategy team at Netflix.

Reba Buhr ’10:  During my time at Oxy, Dr. Girton was teaching classes, was the head of the music department, and was an associate dean of the College. To me, she seemed like Superwoman; a fierce example of strong, independent womanhood.

As a vocal musician, I must admit I wasn’t looking forward to music theory class. I wanted to sing. I did not want to study chord inversions and dissect sonata form. Despite my reticence, I responded so well to Dr. Girton’s clear, no-nonsense approach to teaching and her disarming sense of humor. Because she expected her students to not only manage the concepts she was teaching but master them, we rose to the occasion. Even though she has an intuitive relationship with music that I will never be able to claim, she’s also a genuinely talented teacher, and I felt successful in her class.

After that first course, I asked Dr. Girton to be my academic adviser. Great decision! During our adviser meetings, she assisted me in preparing for my junior and senior recitals, but I was even more appreciative of our conversations about life and growing up. I felt I could talk to her about anything because she treated me like the adult I was becoming rather than the teenager I had been … and over the years we developed a real friendship.

I still call Irene my dear friend to this day (thanks in part to the fact that we lived just a few blocks from each other my first 10 years after school)! I’m wishing her a rich retirement full of travel, fabulous cocktail parties, and unlimited sass. Let the fun begin!

Buhr began her career in musical theater before moving to voiceover work in film and TV.

Sherwin Zhang ’21: I had no music theory background when I entered Oxy. I was an experienced clarinetist but a musical late bloomer. When I started the music theory track from the beginning course, then named Materials of Music, Professor Girton’s rigorous expectations yet understandable nature were exactly what I needed to catch up to my self-image of my own musical ability. What struck me was that even though she had been teaching for almost an eternity, she was still learning to adapt to new technology and changing her lesson plans to be in sync with modern culture. As students, it is clear to us that she values our learning of musical concepts over just academic ability. Sometimes as part of our assignments, she asked us to find video links of a helpful explanation or visualization of musical concepts and explain how they helped you understand it. I also recall how she shared a relevant musical meme on our class page before each lecture. She clearly has the soul of a young person, just like us. She was strict and honest with her expectations of us, but she clearly remembers what it was like to be a college student.

When I was going through emotional turmoil and heartbreak as a sophomore, I was tempted to shut down academically. During that time, I found it extremely difficult to go to classes and perform normal daily functions. But when I summoned the courage to be real with her about my struggles, I will never forget how she connected my naive struggles to music, especially of my favorite composer, Johannes Brahms. I had spent a semester researching his clarinet revival toward the end of his life with her in independent study, so she gave me Brahms: His Life and Work, a biography from her personal library, which I read. Her faith in me as a student greatly accelerated my recovery both academically and emotionally, and set me back onto a path I was happy with. She helped me see this as an opportunity for growth instead of failure.

Zhang is a senior music and computer science double major from Cupertino.