Words to the Wise: Jaclyn Rodríguez ’77 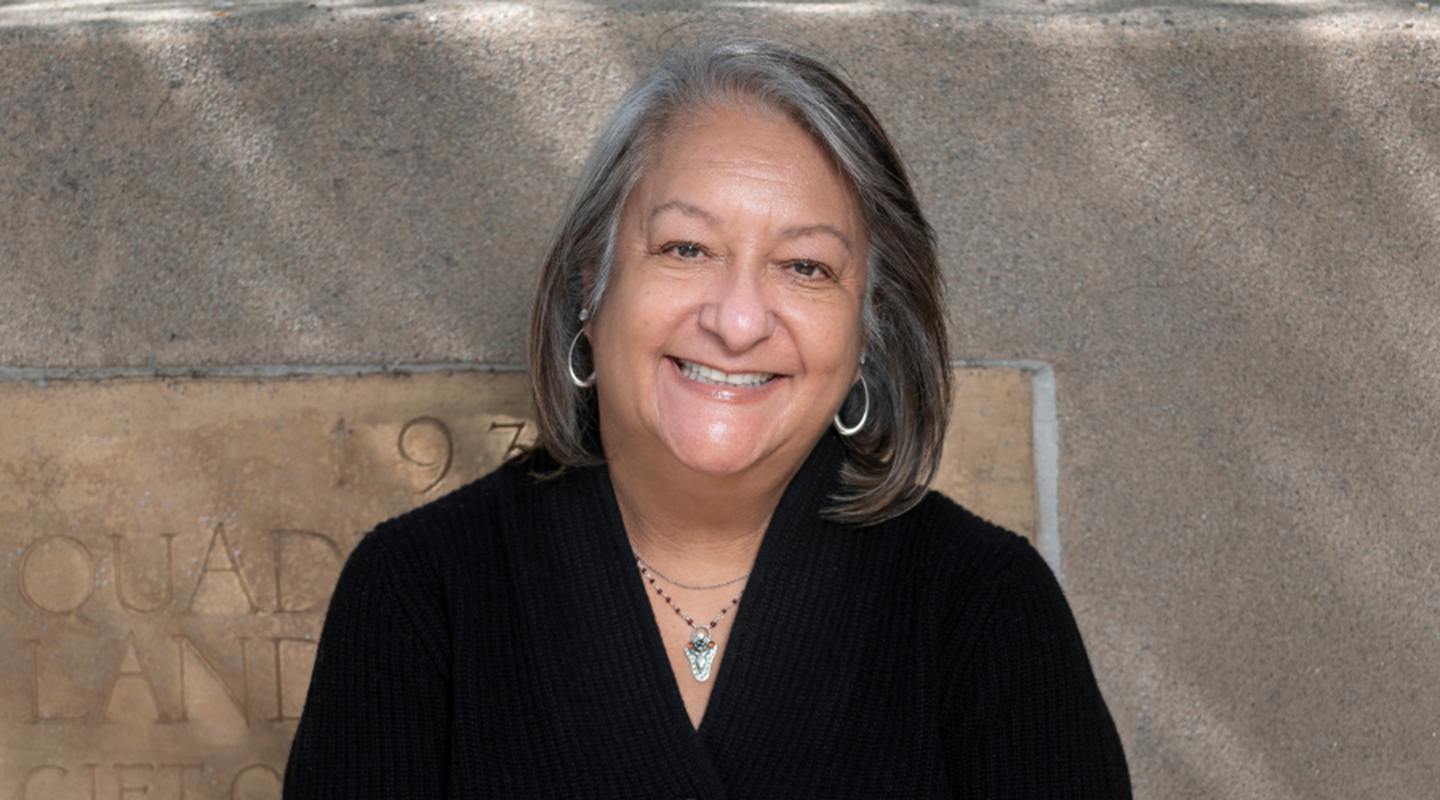 Professor of Psychology and Latino/a Studies Jaclyn Rodríguez ’77 is retiring after 37 years at Oxy. This tribute to her career is part of the Spring 2021 magazine.

Her Oxy journey: “I am, I believe, the second alumna hired to teach at Oxy—Rae McCormick ’62 [professor emerita of education] paved the way, so I'm enormously grateful to her. While the College had a record of hiring male alums, they didn't hire women in the same way before my and Rae’s time. Since I typically run over my allotted class time, students find it difficult to believe that I hardly spoke as an undergrad. But it is difficult to speak when you feel that you don't really belong. And while I had some wonderful mentors and friends, Oxy wasn't “home” to me. I wanted to change that for students that passed through my courses.

“My goals in returning to teach at Oxy were multi-layered: to help Latinx and other first-year students develop a sense of intellectual self-efficacy and voice, to carry on a bit of David Cole M’48’s tremendous educational legacy of exercising knowledge, and to make my parents, Angel and Amparo Rodríguez, proud. Both have now passed but both were able to see me earn tenure, something they knew had meaning. Oxy prepared me for one of the most important decisions of my life—to pursue a doctoral degree at the University of Michigan and be mentored by Dr. Patricia Gurin. Pat was the expert witness in defense of the University of Michigan’s affirmative action case and continues to be a member of my family of choice. And of course, Oxy introduced me to [husband] Eric Newhall [’67, professor of English and American studies, who retired in 2019], who helped me become a better person, educator, and parent. No one makes me laugh (or understands me) like Eric!“

Interactive psychology: “As a first-generation college student from a Latinx family, groupness and multi-generational family matter. Lessons I learned from home about 'being in' and 'moving through' the world sometimes conflicted with those I learned in the academy. I believe I became both a better educator and truer to my educational goals when I became a more interactive instructor. Introducing the Intergroup Dialogue Program and developing the Chicanx Identities & Social Institutions/Latinx Dialogue course really decentered my role as an instructor and helped students embrace diversity, work across differences, and engage conflict in more informed and nuanced ways—in ways that really helped prepare them to name their truth, take democratic risks, and recognize cultural humility. Even Social Psychology became more interactive, reflective, and group-focused. This mode of teaching gave more meaning to education at a residential college—students were actually listening to one another, working together to problem-solve, sharing how their own narratives aligned with or challenged what they were reading.”

On retiring during the pandemic: “Odd. Alienating. My courses and ways of being are rooted in face-to-face communication and connection. I have a few friends on the faculty and I miss seeing them. I’ve missed the students.“

Plans for retirement: “Work with Difficult Dialogues National Resource Center (DDNRC); visiting a daughter across the country, playing with grandchildren; maybe even travel with Eric—the greatest, most valuable gift Oxy has provided me.”

A collective vision: With Rodríguez’s input, we arranged three Zoom calls with 15 former students from her Dialogue, Latinx, and Psychology classes. (Their recollections are edited for space.) “I’m forever grateful to my Oxy students,” she says.

Terence Kitada ’08: When I was applying to colleges, one of the things that drew me to Oxy was that almost half of the students at that time were students of color. And that was something that appealed to me, but I also wondered what kind of safety I would have as a student of color at a university. Professor Rodríguez was literally the first professor I met on campus and so welcoming, and I remember feeling, “This is a place where I can be OK.” Professor Rodríguez provided that feeling for many students of color. She was an advocate for us. 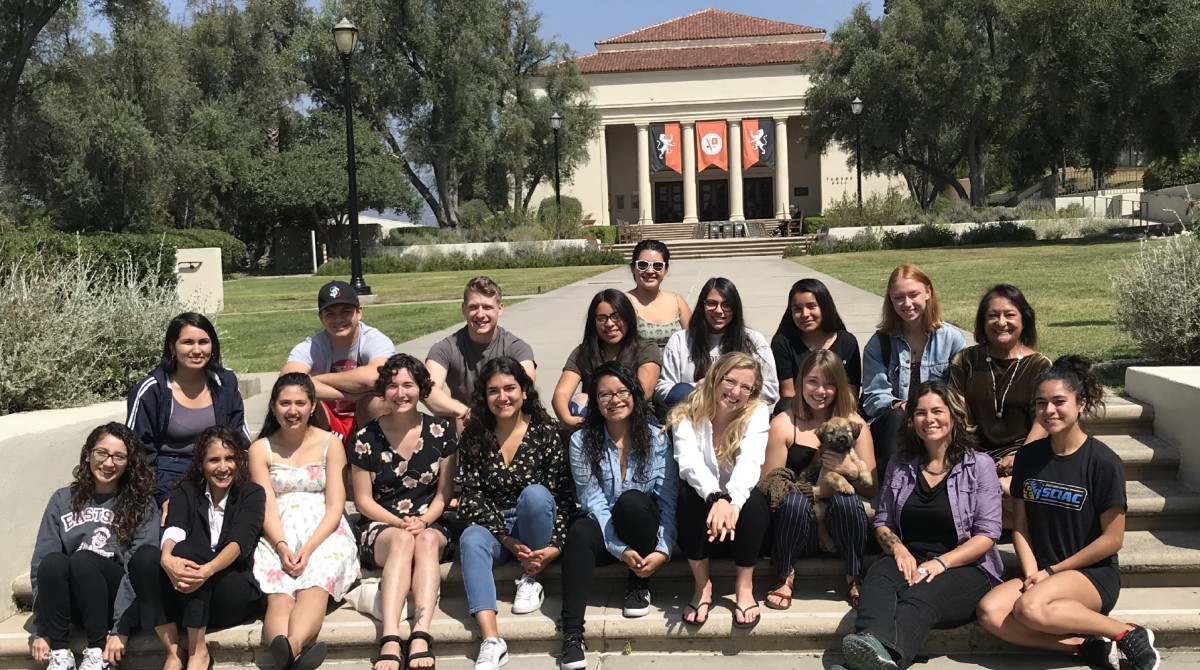 Lilia Jiménez ’18: I met Professor Rod­riguez in MSI [Multicultural Summer Institute]. So, before even starting at Oxy, she became a mentor to me, and I remember being really taken aback by her way of being. I feel like she’s such a powerful presence in any room. But she also is so incredibly kind and compassionate, and she has a way of speaking with people where she’s really welcoming and warm. Never having had a teacher or mentor who was a woman of color, but specifically never having had one who was of my same background, was just mind-blowing to me. It was just amazing for me to witness all of her power and just her presence.

Gladdys Uribe ’02: Professor Rodri­guez was always either the formal or informal adviser to MeCHA/ALAS. When I first saw her, she was like a vision, and I remember seeing her and thinking that she was someone that I could aspire to being. Here was this glamorous Chicana who walked around wearing black clothes and cool jewelry—very confident. And it was incredibly empowering because I had never had a Brown teacher, I had never had a Latina professor. We all fought to get in her class.

Javier Silva ’17: I majored in Spanish studies with a minor in cognitive science. I met Professor Rodríguez my very last semester of Oxy. It was a Latinx Dialogue course. To my understanding, it’s the only time she ever taught that specific course where it was, like, 18 Latinos who were all in there and being brutally honest about whatever issue we were talking about. Each week there was a different topic. One would be gender, one would be skin color, one would be immigration status. And everybody gave it their all in that course, because she provided us an atmosphere to give her all. On the first day of class, three people cried. [Laughs.]

Teresa Mojarro ’15: Going to her classes, it felt like a safe space to talk—to be vulnerable—like there was no such thing as a stupid question. Everything that was brought up in class was validated and contextualized. At a time when I was struggling a lot for the first time in my life, it was a place where I could just be me and that was enough. I didn’t need to say anything impressive.

Liliana Vasquez ’20: There was a time during my junior year where I was struggling. We were working on a research project together, and she made me feel like I was competent that entire semester—even though she didn’t know what was going on. But when I stepped into her office, I felt like I could let my guard down. She helped get me through that tough time and realize that my academic self was enough, that I personally was enough.

Megan (Mewhinney) Smale ’00: She was always ready to frame a discussion or a lesson by exposing parts of her own personal life and history, which was very effective in terms of teaching but also in terms of being attracted to her as a teacher and professor. I found Jacki to be a fascinating lecturer. I was hanging on to every word that she said.

Andrea Cova ’08: My first job on campus was working in the Psychology Department. I was the student assistant at the front desk and most professors would just walk by me or assign me simple tasks, but I will never forget that Professor Rodríguez was always the one who asked me how my day was, who asked me about my background and what brought me to Oxy, and genuinely wanted to know how I was doing as a first-year student. Before Occidental, I never had a meaningful dialogue about culture and race or how my identity aligned with social psychology, until I stepped into her class. Jacki helped bring out the Latino voice on campus, and she was a link for all of us to feel strong with conviction in owning that voice.

Marina Rosenthal ’12: When I took Jacki’s Social Psychology class, we had a reading by a woman of color that the majority of the class clearly hadn’t done. And Jacki told us, “You’ve disrespected me. You’ve disrespected the author. I’m not teaching you.” And she ended class five minutes after it started. It’s so out of the typical professor’s repertoire but it was really impactful. That speaks to her teaching style in that she was striving to make her class really immersive and not just an intellectual exercise.

Qiu Fogarty ’14: More than other professors, she expected more from us. She held us to high standards. I remember coming in as a first-year having a conversation about wanting to go to an event related to race. And she asked me if my friends were going and I said, “I don’t know. I’m not sure if they’d be interested.” And she said, “Well, then why are they your friends?” No one else would challenge me in that way.

Ricah Rejano ’14: When I was facilitating a White Women/Women of Color Psych 110 Dialogue section, we would meet with Dr. Rodríguez every week to plan that week’s activities. One thing that really sticks with me is the way she taught us LARA: Listen, Affirm, Respond, Ask Questions/Add Information. It’s a really great skill that I’m still using.

Ms.Queenie Johnson ’04: What we’re seeing in our nation is that people don’t know how to have conversations. They don’t know how to dialogue across identity. The Interdisciplinary Dialogue Program was doing that, and it speaks to Dr. Jacki’s pioneering spirit and her ability to see the value of dialogue in a space like Oxy. And all of us are saying that it helps us in our work. I was on campus nearly 20 years ago. That’s a long time to have that type of impact from an undergrad class.

Ariel Kirkland ’04: The journey to becoming a full professor is long and arduous. I don’t think people have a full appreciation of what it takes to accomplish what Dr. Jacki has. Black and Brown faculty often feel a cultural responsibility to care for students of color which adds a tax on top of their professorial duties, making her work even more impressive. She not only showed up as a teacher and academic guide but as a maternal figure.

Anne Shrum ’20: There are many things that I loved about Occidental, but the things I learned from Professor Rodríguez have profoundly shaped who I am as a person and will stay with me for the rest of my life. I am a more compassionate, loving, thoughtful, and strong individual because of Professor Rodríguez; she is among the best this world has to offer.

Alex Josephs ’11: J.Rod—as I called her affectionately—was always very hard on me because she wanted me to realize my full potential. I told her before that I hold her in the same high esteem as my own mother—the highest compliment that I can give anyone. When I graduated from Oxy, my mother got to meet Professor Rodríguez, which was one of the day’s most special moments. Here were two strong Latinas who—through their hard work, determination, and grit—professionally and personally kicked ass in a world where society had low expectations for them. I am forever grateful for the four years I spent with J.Rod. I wish her nothing but the best in this next chapter in her life.