Words to the Wise: Robert Ellis 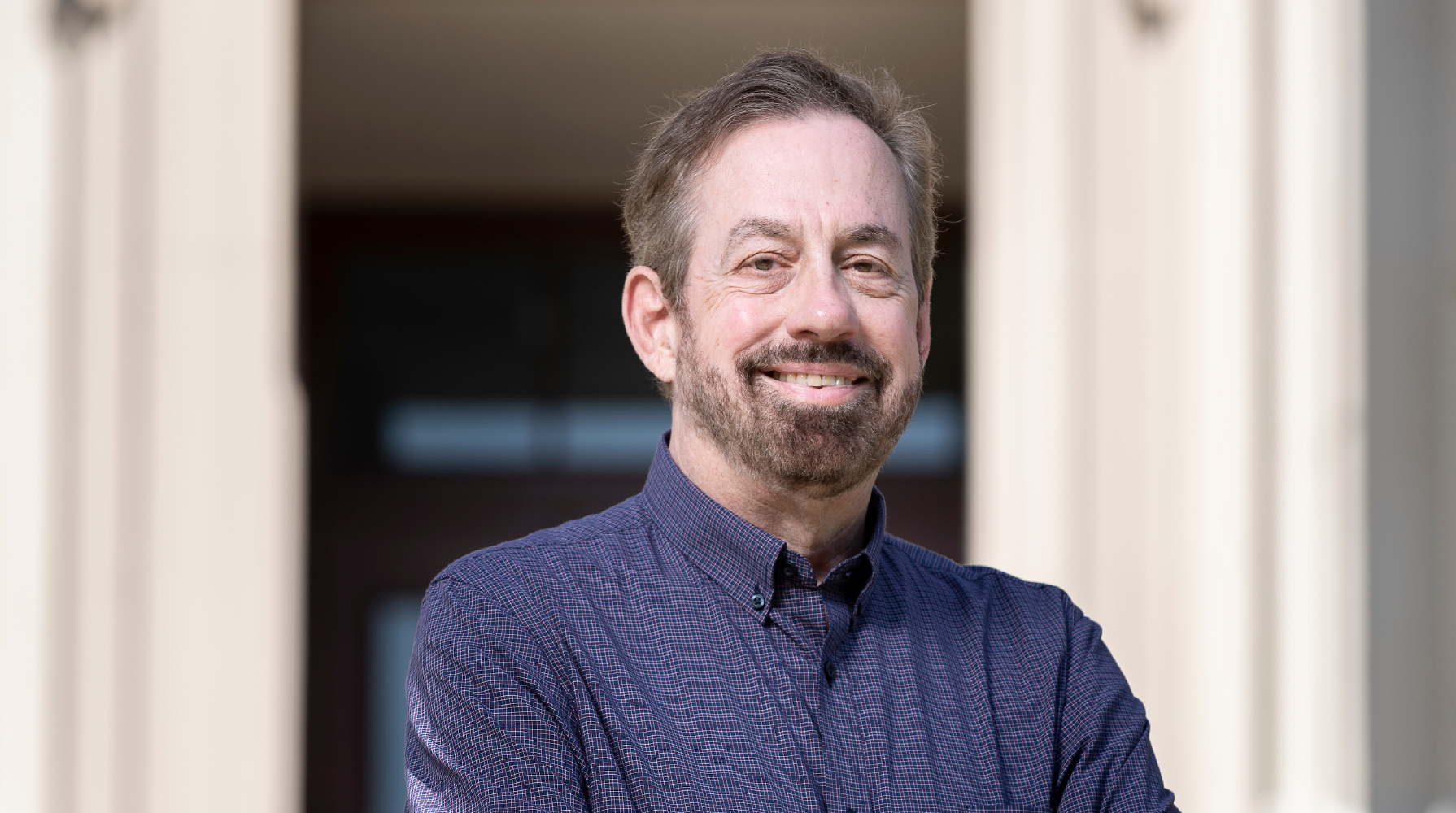 Norman Bridge Distinguished Professor of Spanish & Spanish and French Studies Robert Ellis has retired after 37 years at Oxy. This tribute is part of the Spring 2021 magazine.

Why Oxy was "a perfect fit": “I have rather broad academic interests, and because Oxy is a small, liberal arts college, I have been able to teach a wide range of courses that I might never have taught at a larger institution. For this reason, Oxy has been a perfect fit for me. My primary area of specialization is the literature and culture of modern Spain, and I have taught the majority of my courses in this area and in the Spanish language in general. However, as an undergraduate and graduate student I focused on both Spanish and French literature, and I wrote my doctoral dissertation on Spanish and French existentialism.

“For a number of years, I also taught a course in literary representations of gender and sexuality in the former Women’s Studies/Gender Studies program. Because of Oxy’s emphasis on interdisciplinarity, I have been able to teach with colleagues from several disciplines. I have found this particularly enriching.”

Some special courses: “A Spanish senior seminar, with an emphasis on literary theory (the independent studies that I did with my honors thesis seniors were among the richest pedagogical experiences I had at Oxy); courses in Spanish cinema and theater, with an emphasis on the films of Pedro Almodóvar and Luis Buñuel and the plays of Federico García Lorca; and a course that I team-taught with a colleague in English and philosophy (through Oxy's Core Studies Program) in which we compared the existentialism of Jean-Paul Sartre and the feminism of Simone de Beauvoir.” 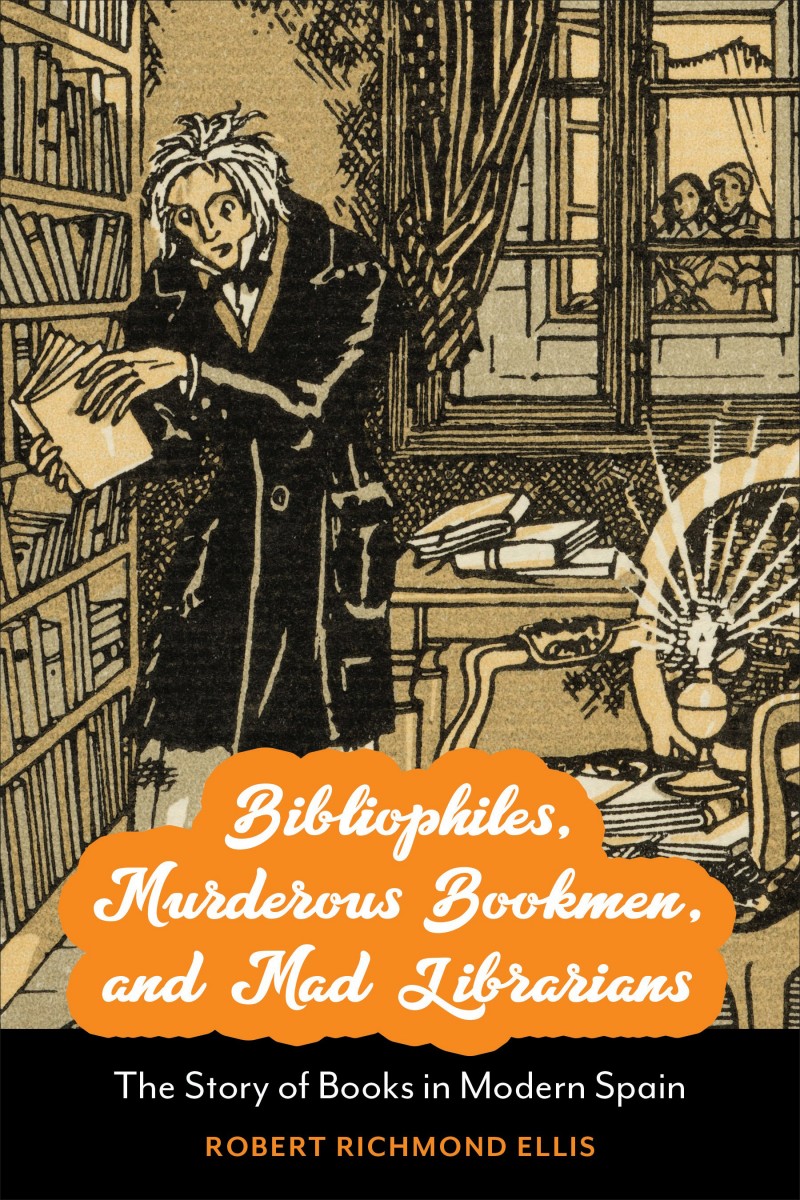 Life during the pandemic: “Throughout the pandemic I have been on an extended sabbatical. I had hoped to spend part of that time in Spain. Although I was disappointed not to do so, I had virtually no distractions, and I was able to finish the bulk of the work for my current book [Bibliophiles, Murderous Bookmen, and Mad Librarians: The Story of Books in Modern Spain].”

Plans for retirement: “I want to continue with my scholarly work. I also want to continue to study Italian (my third language after Spanish and French) and perhaps one of the other languages I studied earlier in my career, which included Latin, Portuguese, German, and Japanese. I also hope to spend extended periods of time in countries where the languages I have studied and taught are spoken (primarily, Spain, France, and Italy).”

Final thoughts: “I have been the senior member of the Spanish program for the last 34 years (beginning in my fourth year at the College). In conjunction with my department colleagues, I worked over the years to develop the Spanish program from one focused primarily on language to one that highlighted the study of Spanish and Latin American literature. Beginning in the early 2000s, we worked further to deepen and broaden the program to include an area of study in Spanish and Latin American film and an area in Hispanic linguistics. Our students can now choose among three areas of specialization for the Spanish major (literature, culture, and linguistics). The number of students and courses in our program has increased dramatically over the period of my career.

“I have been extremely fortunate to have wonderful colleagues in my department and the College as a whole, and, of course, wonderful students—intelligent, hard-working, and eager to learn, both intellectually reflective and committed to the greater good.”

Meghan (Goldstein) Corella ’07: Robert Ellis’ classes were one of the very best parts of my time at Oxy because they made me feel like a better world was not just possible but already real and tangible. His classroom was the first one (and remains one of the few) where I learned that not only could gender and sexuality be overtly talked about in an academic setting but that doing so was fun, meaningful, and even transformative—and therefore necessary. When I first participated in those discussions, I remember being surprised that an adult trusted “kids” to explore such topics together, surprised to find that our perspectives and experiences actually mattered. That sense of valuing the agency and intelligence of young people is a central part of my teaching today, as are some of the questions Professor Ellis helped us explore in those discussions of literature and film, especially questions related to the relationships among social justice, power, language, and art. And even after 15 years, his egalitarian pedagogy and his absolutely contagious enthusiasm for whatever we were reading or watching or discussing have stayed with me, helping me listen more deeply to the ideas and feelings all around me and within me. I'm very grateful to Professor Ellis for the creativity, passion, and love he helped me--and undoubtedly many other students—tune into, and I wish him a retirement full of the same kind of energy and engagement he shared with us.

Corella is an assistant professor in the Department of Language and Literacy Education at the University of British Columbia.

Chloe Wheeler ’19: In my first year, I tumbled into Oxy’s Spanish 101—out of the Oxy foreign-language requirement—and by my senior year, I’d become firmly fixed in a love for the literature and scholarship in Hispanic studies and comparative literature thanks in large part to a wonderful scholar, mentor, friend: Robert Ellis.

I first took a class with Professor Ellis my junior year—Spanish 304 (Introduction to Modern Spanish Literature and Civilization). I was still trying to wrap my head around subjunctives and the idea of reading whole novels in the language I’d been working on for only four semesters. Those worries dissipated immediately as, for a few hours each week, I found myself in an idyllic seminar. His classes gave students the space to try out ideas and their growing grasp (at all levels) of the language and literature at the same time that his lectures modeled how to write and think critically about these authors and their contexts. Whether it was mapping the confusing timeline of the Spanish Civil War onto a clear sense of its repercussions in cinema, introducing us to theorists like Laura Mulvey as applied to El beso de la mujer araña, or helping us understand the metaphorical textures of Emilia Pardo Bazán's short stories, Professor Ellis encouraged us all to be critical, curious thinkers of the words and world around us.

But his extraordinary classes were only one part of how Professor Ellis helped me become the person I am today. Kind, humble, and encouraging even as he challenged me to think more deeply and write more clearly, he helped shape me as a writer by giving of his time in office hours and an independent study. He believed in my capabilities as an academic—to read and respond to current scholarship in individual meetings every week; to do rigorous, graduate-level work in Spanish; to untangle the tricky undercurrents of myth and existentialism running through Miguel de Unamuno’s Niebla. I will always be grateful for Professor Ellis’ faith in me and his generosity in engaging with and honing my ideas. It was truly an honor to work under such a great mind and person at Oxy.

Wheeler is an alumna of Fulbright Spain (2019-20) and an incoming comparative literature Ph.D. student at Princeton University.