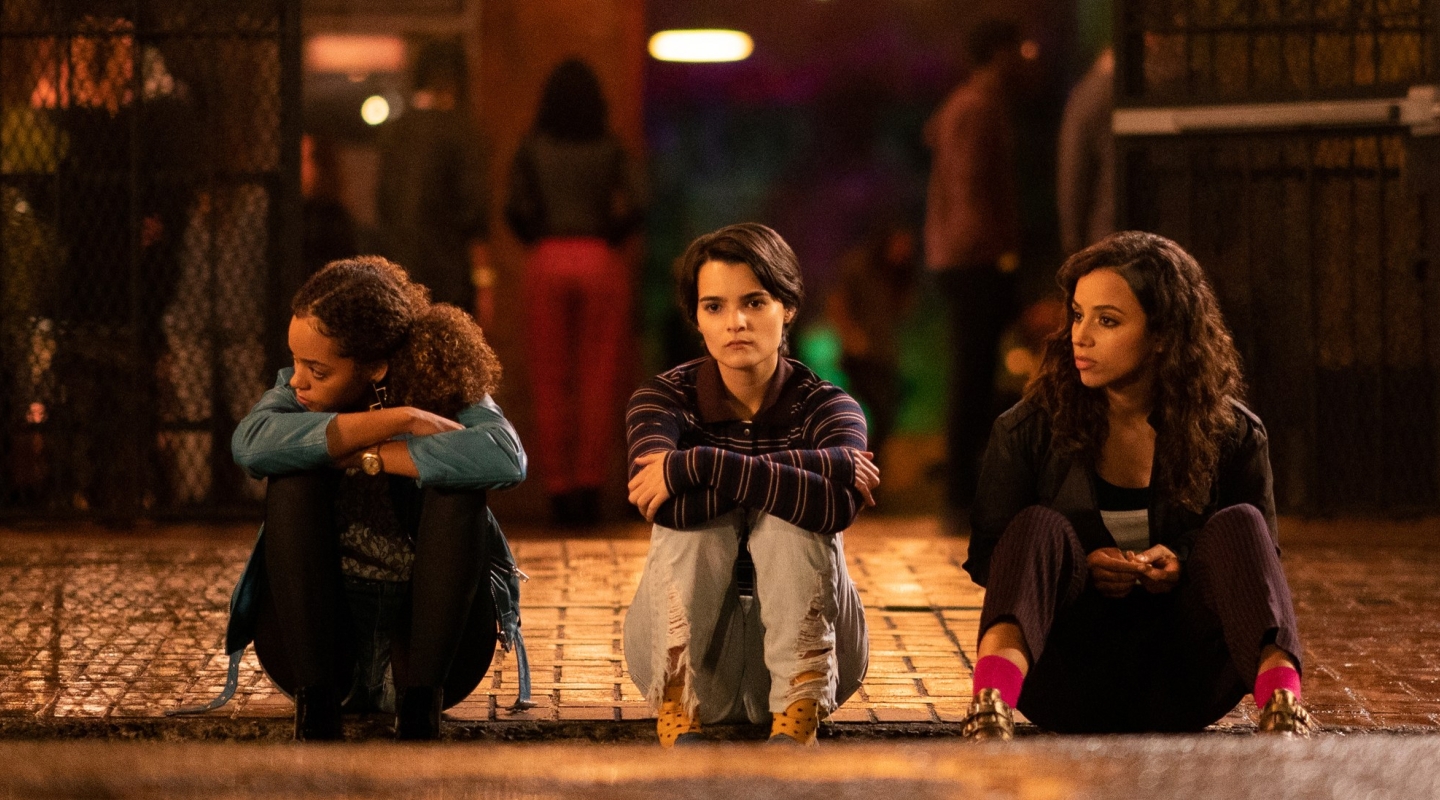 New books and TV shows with an Oxy connection 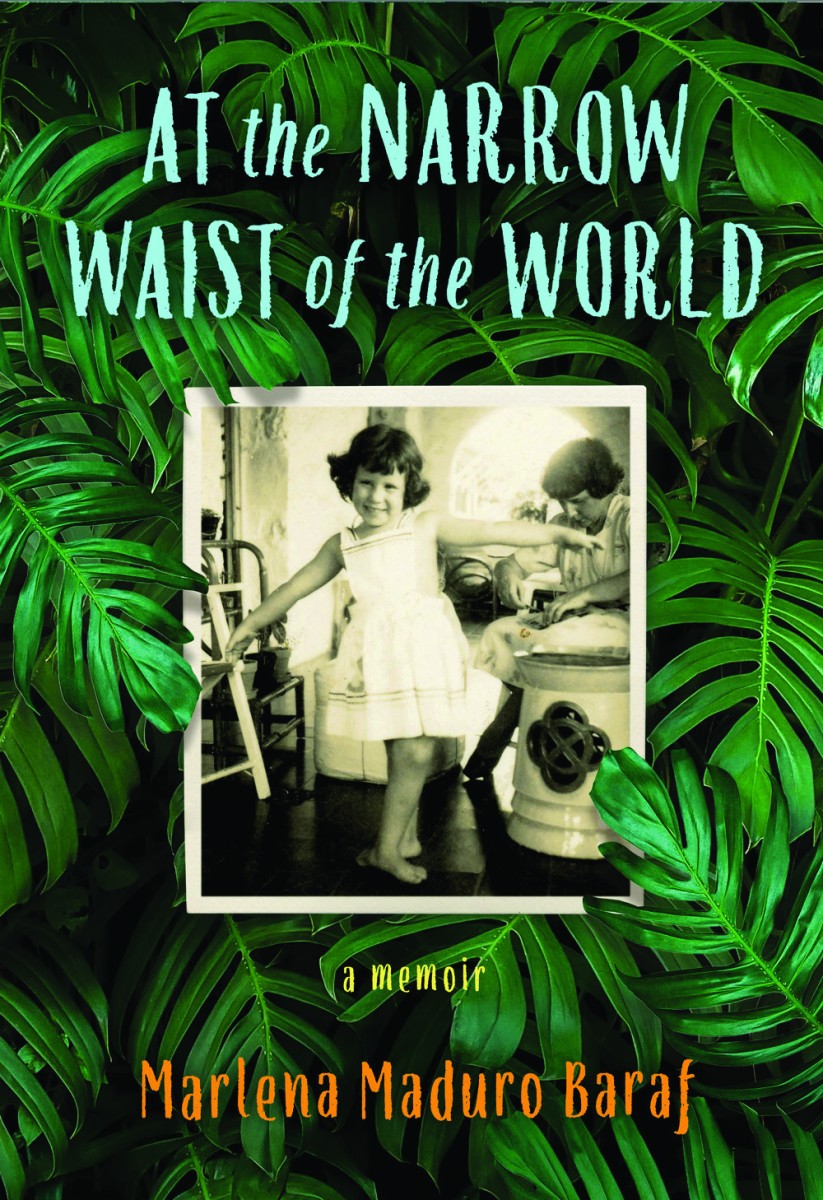 At the Narrow Waist of the World: A Memoir, by Marlena Maduro Baraf ’67 (She Writes Press). Raised by a lively family of Spanish Jews in Catholic Panama in the 1950s and 1960s, Baraf depends on her many tíos and tías for refuge from the difficulties of life, including the frequent absences of her troubled mother. As a teenager, she pulls away from the world she knows, leaving for the United States to discover who she will be. Baraf’s coming-of-age memoir explores the intense and profound relationship between mothers and daughters and highlights the importance of community and the beauty of a large Latin American family. It also explores the vital issues of mental illness and healing, forgiveness, and acceptance. At the Narrow Waist of the World examines the author’s gradual integration into a new culture, even as she understands that her home is still—and always will be—rooted in another place. 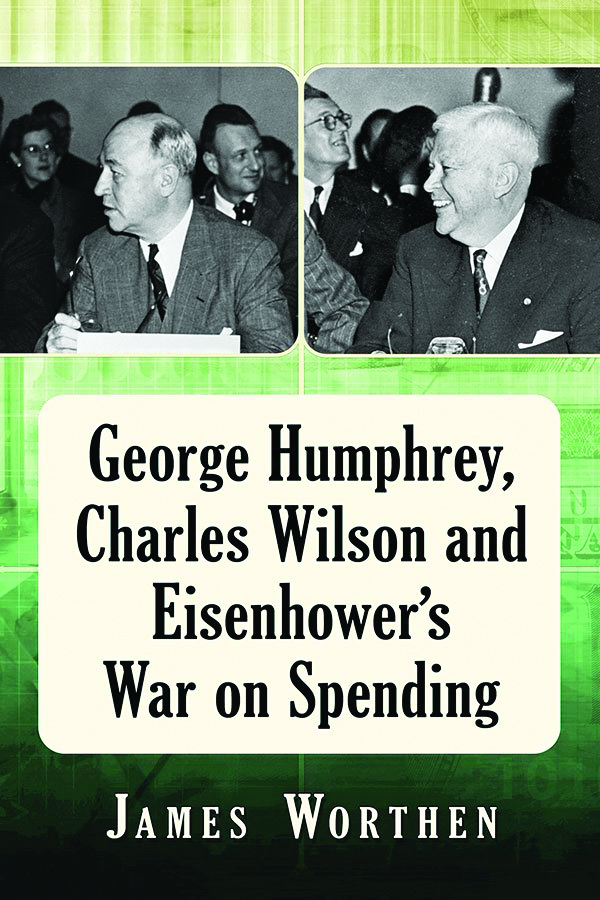 George Humphrey, Charles Wilson, and Eisenhower’s War on Spending, by James Worthen ’64 (McFarland). President Dwight Eisenhower took office in 1953 with only a vague domestic agenda, and he needed help in making both economic and defense policy. His choice as Treasury Secretary, Ohio tycoon George Humphrey, became one of history’s most influential Cabinet members, leading a budget-slashing campaign that made the Eisenhower administration known for its frugality. Worthen traces Humphrey’s rise from corporate chief to the national stage and examines his strained relations with Defense Secretary and fellow businessman Charles Wilson, who tried in vain to protect the military budget. Ike’s obsession with spending contributed to a perception that his administration was overly passive in the face of challenges both at home and abroad. Among the consequences were heavy Republican losses in the 1958 midterm elections and Richard Nixon’s loss to John F. Kennedy in 1960. Since retiring from the CIA, Worthen has written three books focusing on the impact of personality on political behavior. He lives in Pismo Beach. 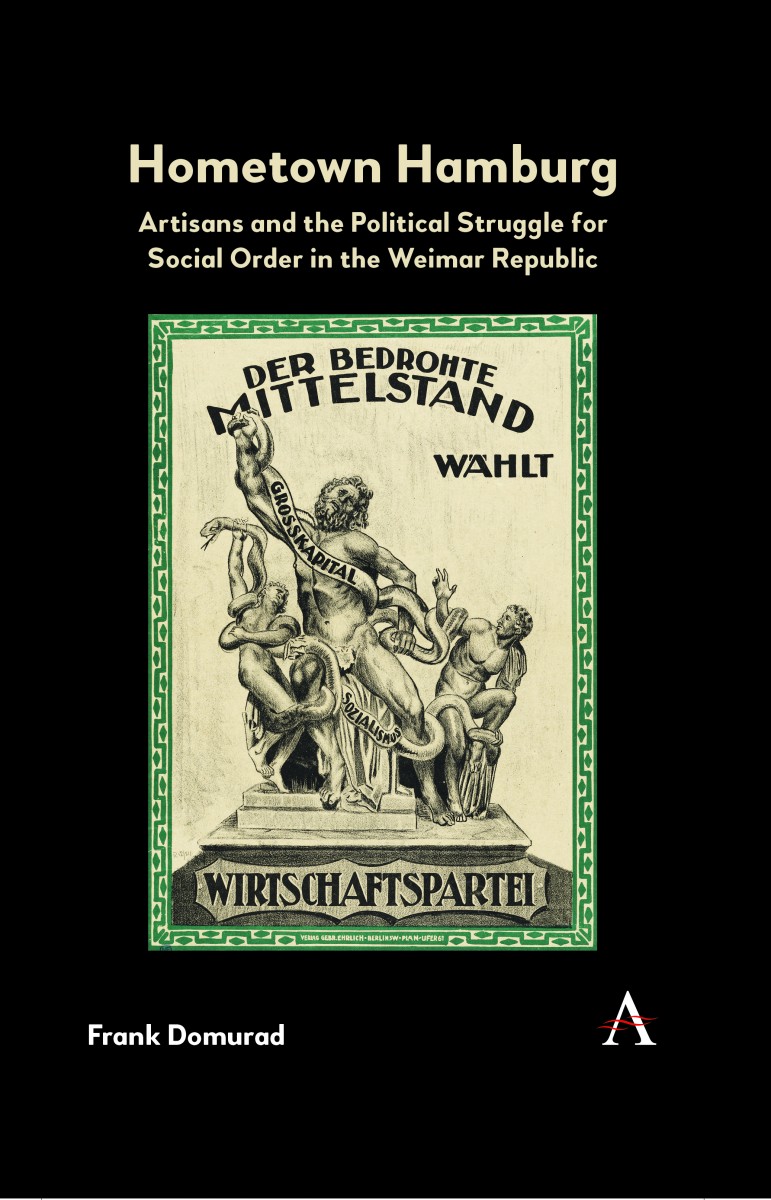 Hometown Hamburg: Artisans and the Political Struggle for Social Order in the Weimar Republic, by Frank Domurad ’67 (Anthem Press). Through the study of Hamburg handicraft in the late Weimar Republic, Hometown Hamburg addresses three intertwined problems in modern German history: the role of institutionalized social, political, and cultural continuity versus contingency in the course of modern German development; the impact of conflicting notions of social order on the survival of liberal democracy; and the role of corporate politics in the rise of National Socialism. It provides a theoretical and analytical framework for reintroducing the notion of historical continuity in the study of modern German history. Hometown Hamburg also supports recent challenges to the notion of Hamburg as a liberal economic and political bastion in a nation of conservative and authoritarian governmental regimes. It also demonstrates why “liberal” and “socialist” Hamburg remained a hotbed of corporate radicalism and underscores the fact that National Socialism was the only political party that presented a coherent vision of a corporate “good society,” making it attractive to voters across the entire social spectrum. Domurad is an independent scholar in modern German history. He lives in Portland, Ore. 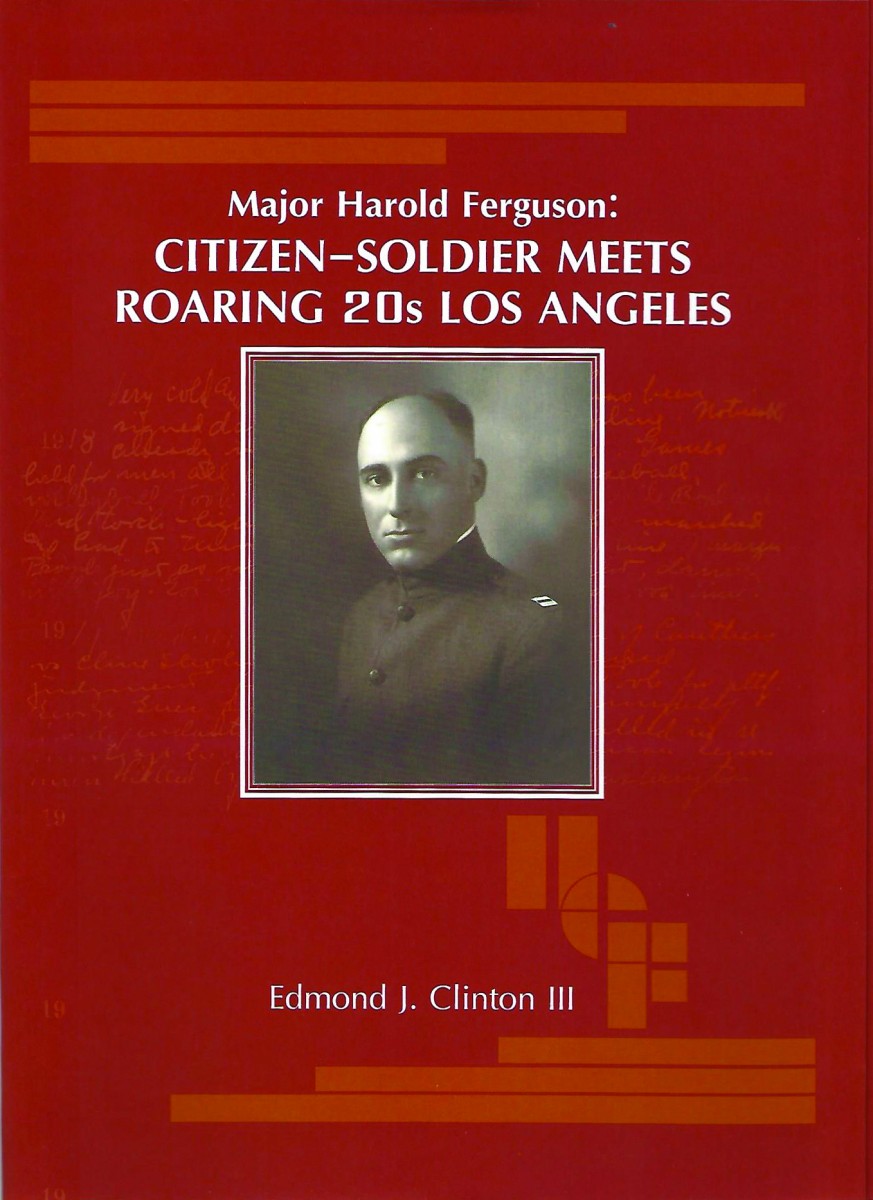 Major Harold Ferguson: Citizen-Soldier Meets Roaring 20s Los Angeles, by Edmond J. Clinton ’68 (Xlibris). Ferguson was a Stanford-educated lawyer and member of the U.S. National Guard returning from service in World War I to his home in Los Angeles, a city growing into a thriving metropolis. But his entry into the real estate business came at a time when the City of Angels was struggling to accommodate all the new immigrants who saw L.A. as a Mediterranean paradise. Working with the diary and papers of his wife’s great uncle, Clinton reconstructs the challenges of opportunities and obstacles that Ferguson faced in a decade sandwiched between the Great War and the Great Depression. A retired physician, Clinton lives with his wife, Diane (Grossman) ’68, in La Cañada Flintridge. 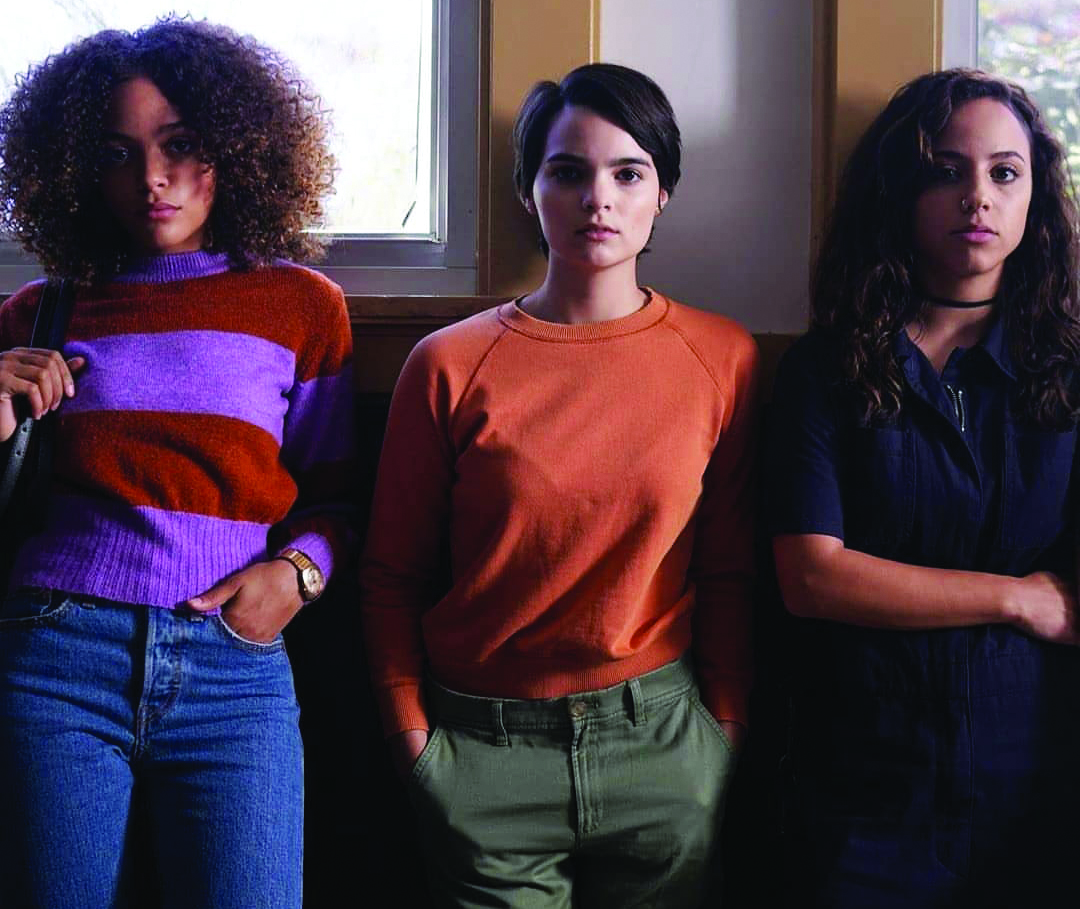 Trinkets (streaming on Netflix) is adapted from the 2013 YA novel by screenwriter Kirsten “Kiwi” Smith ’91 (Legally Blonde, Ten Things I Hate About You). Set in Portland, Ore., the series follows the story of a grieving teen (Brianna Hildebrand, center), who finds an unexpected connection with two classmates at her new high school after they all land in the same Shoplifters Anonymous group. Trinkets will return for a second and final season in 2020.

Briefly noted: Two Occidental faculty won Los Angeles Area Emmy Awards for their work on the 2018 TV documentary That Far Corner: Frank Lloyd Wright in Los Angeles. The Emmys are the first for composer Adam Schoenberg, assistant professor of music, and the second for director and executive producer Christopher Hawthorne, professor of practice. The documentary is available for streaming at kcet.org.