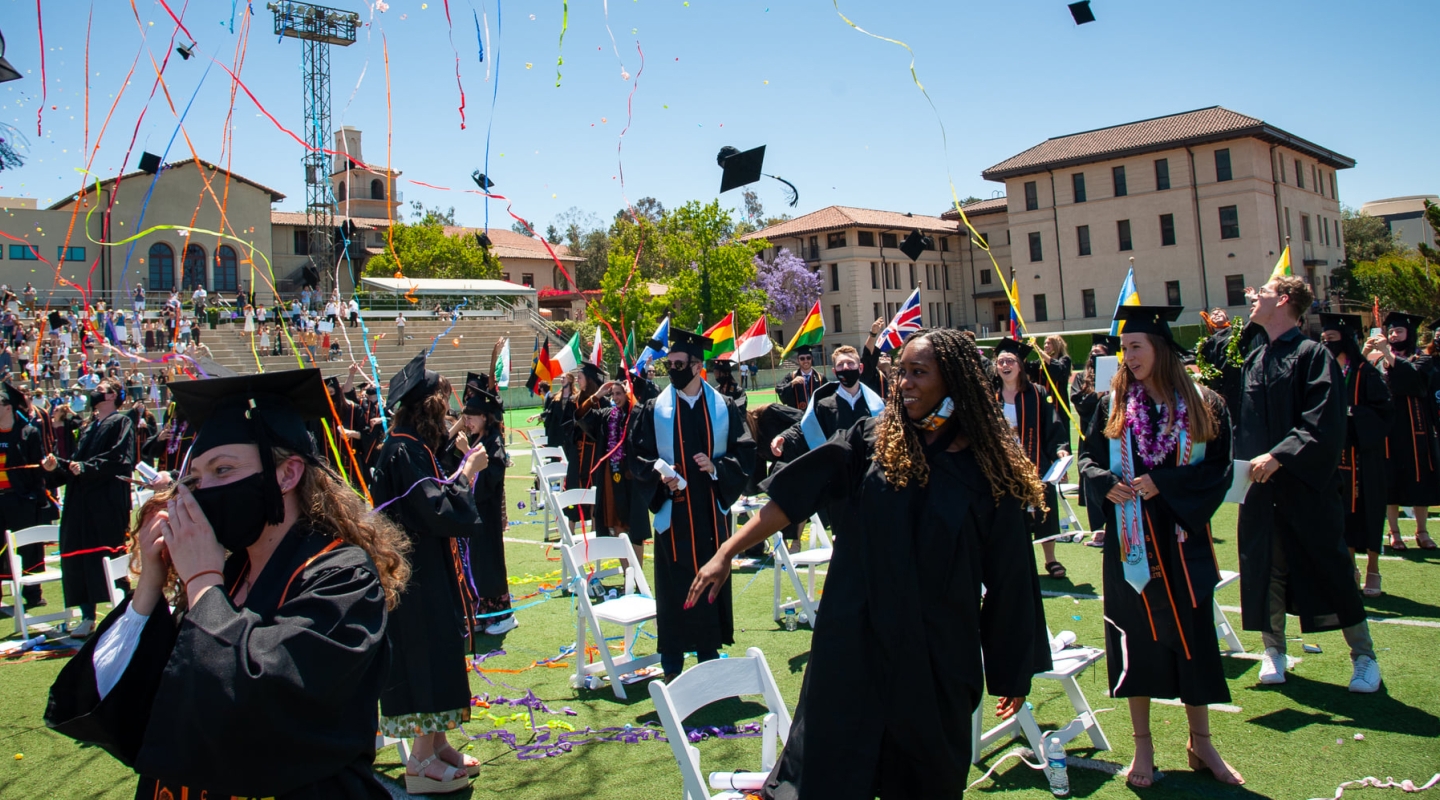 For the first time in 71 years, Occidental held two Commencement ceremonies in a single year, with separate, socially distanced, in-person events on Patterson Field taking place for the classes of 2021 and 2020—in that order.

Instead of a world war that resulted in as many as three graduation ceremonies annually between 1943 and 1950 to accommodate the U.S. Navy V-12 officer training program and returning veterans, it was a global pandemic that caused Oxy to double up. 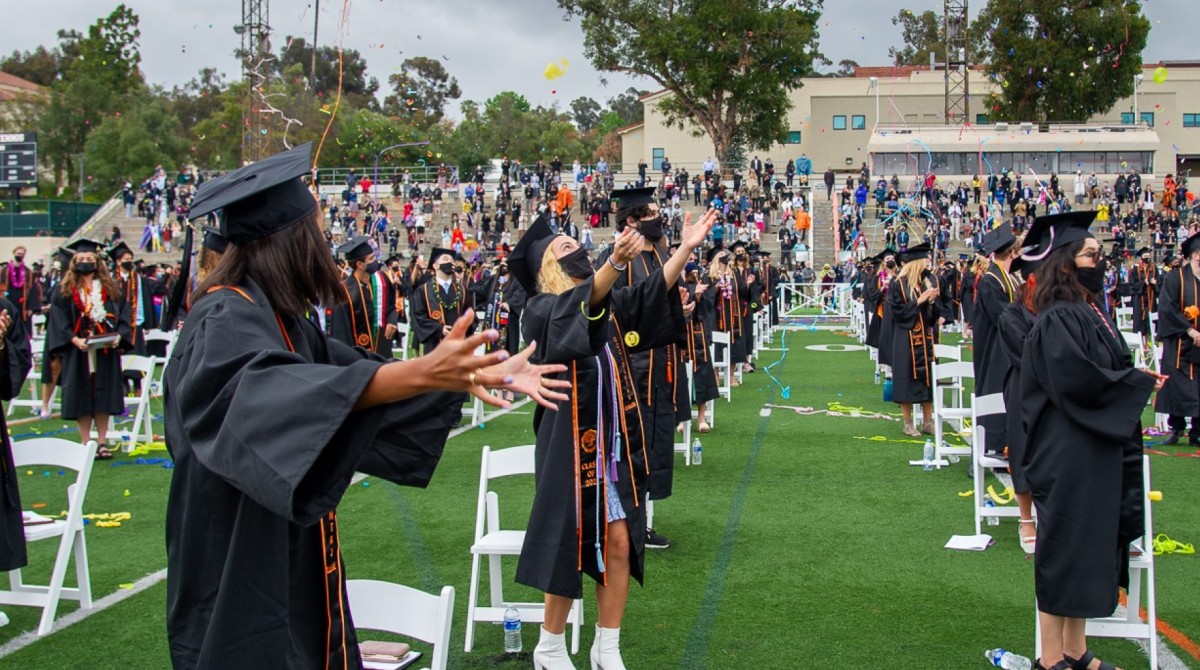 But a palpable sense of joy and release pervaded both events, as the Class of 2021 reunited with classmates not seen in person for over a year and the Class of 2020 returned for a ceremony denied it during the earliest and most uncertain days of the pandemic.

“Today, this day, this Commencement, is most certainly a significant historic moment,” President Harry J. Elam, Jr. told the Class of 2021. “Historic in that it marks the end of four years spent at Oxy, and one year and a half spent studying remotely, weathering a crisis of worldwide proportions—and that wasn’t even all that was happening in the world! … There will never be another day or Commencement celebration quite like this.”

On June 12, President Emeritus Jonathan Veitch returned to address the Class of 2020, using Thoreau’s conclusion that he was best suited to picking huckleberries as a metaphor to urge the recent graduates to embrace the joy of living, despite the disruption and tragedy of the past year. “The huckleberry in short is what joy tastes like,” Veitch said. “Do not forget—do not forget—how much joy and beauty there is in the world. Accept every invitation to a huckleberry party.”

The 2020 ceremony also gave Oxy the opportunity to present the honorary degrees that had to be postponed last year to Tony Award-winning actress Joanna Hall Gleason ’72 and filmmaker Gabriela Cowperthwaite ’93, director of the acclaimed 2013 documentary Blackfish.