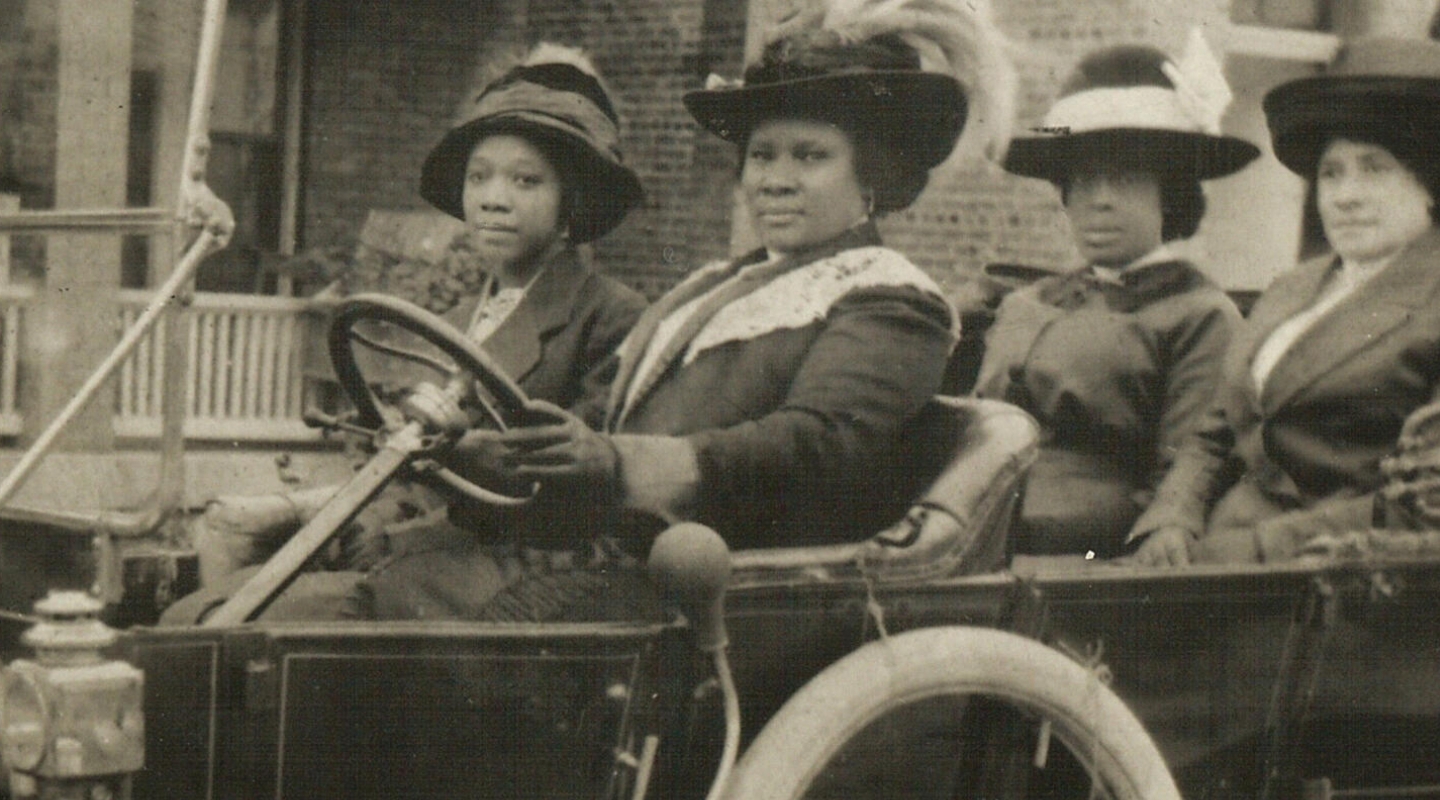 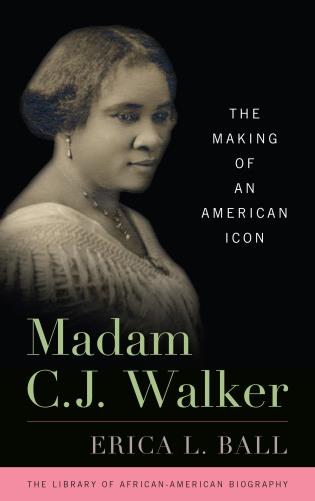 Madam C.J. Walker: The Making of an American Icon, by Erica L. Ball (Rowman & Littlefield Publishers). Reputedly America’s first self-made woman millionaire, Walker has long been celebrated for her rags-to-riches story. Born to former slaves in the Louisiana Delta in the aftermath of the Civil War, married at 14, and widowed at 20, Walker spent the first decades of her life as a laundress, laboring in conditions that paralleled the lives of countless poor and working-class African American women. By the time of her death in 1919, however, Walker had refashioned herself into one of the most famous African American figures in the nation: a philanthropist, an activist, and the owner and president of a hair-care company wealthy enough to own a country estate near the Rockefellers in the prestigious New York town of Irvington-on-Hudson. During the last 15 years of her life, as her hair-care empire expanded, Walker fashioned herself into a celebrity, a public figure with a platform to model her brand of freedom, political engagement, beauty, and success for people of African descent in the Americas. Ball’s illuminating new biography places this remarkable and largely forgotten life story in the context of Walker’s times. Ball is the Mary Jane Hewitt Department Chair in Black Studies and has taught at Oxy since 2016. 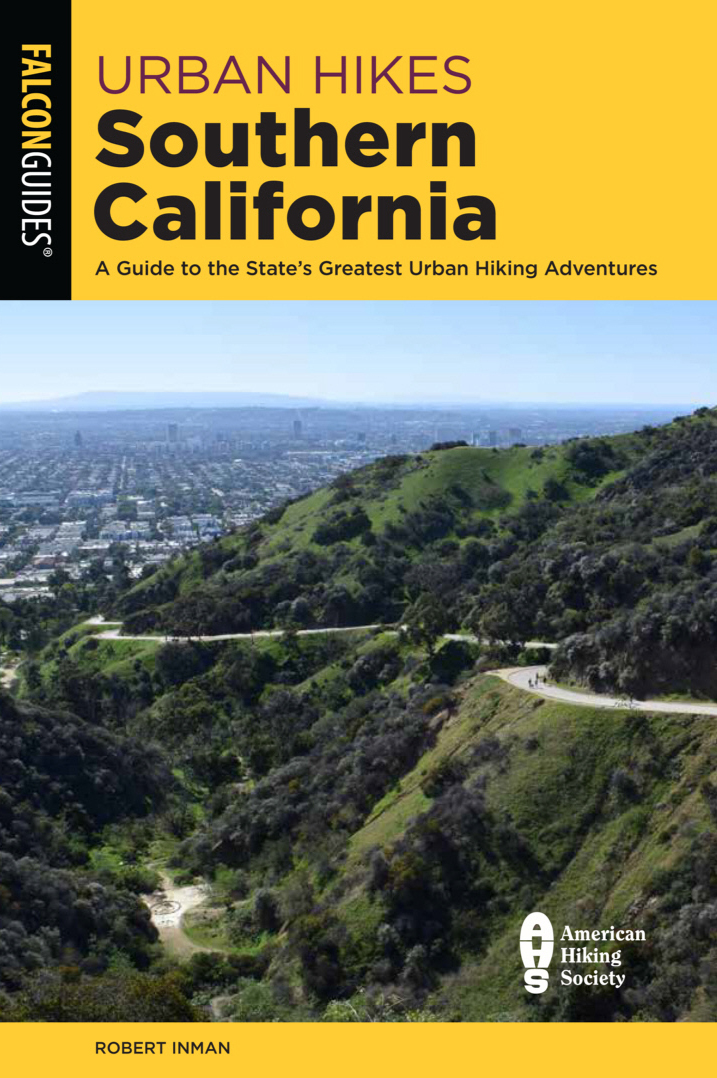 Urban Hikes Southern California, by Robert Inman ’72 (Falcon Guides). “The hikes in the book are like the hikes that I lead,” Inman writes. “We’re out for exercise and we get sweaty and thirsty. But we stop to mention the views, the local history, social trends, distinctive greenery, street art, and architecture.”

Inman’s book details and illustrates 41 urban discovery 3- to 8-mile walking excursions ranging from Santa Barbara to San Diego, from Redlands to Santa Monica Canyon. One of these is a 6-mile up-and-down tour of Eagle Rock that includes a slice of the Oxy campus. “Not every hike has an architecture focus but many of them do and as the hikes pass, I call out in the text examples of more than 50 architects,” Inman adds. “On some of the hikes, an architect is the partial theme of the narrative: Frank Gehry in Venice, Richard Neutra in Silver Lake, R.M. Schindler in Studio City, Paul Williams in West Adams, Irving Gill in La Jolla.”

As he collaborated with Robert Winter on the fully revised sixth edition of An Architectural Guidebook to Los Angeles (published in 2018), “We talked about how wonderful it would be if that book suggested architecture walks. Given how much content that the Gebhard/Winter guide was already entrusted to cover, adding walking routes was beyond what we had room for. Professor Winter was looking over my shoulder in spirit as I produced this new guidebook.” 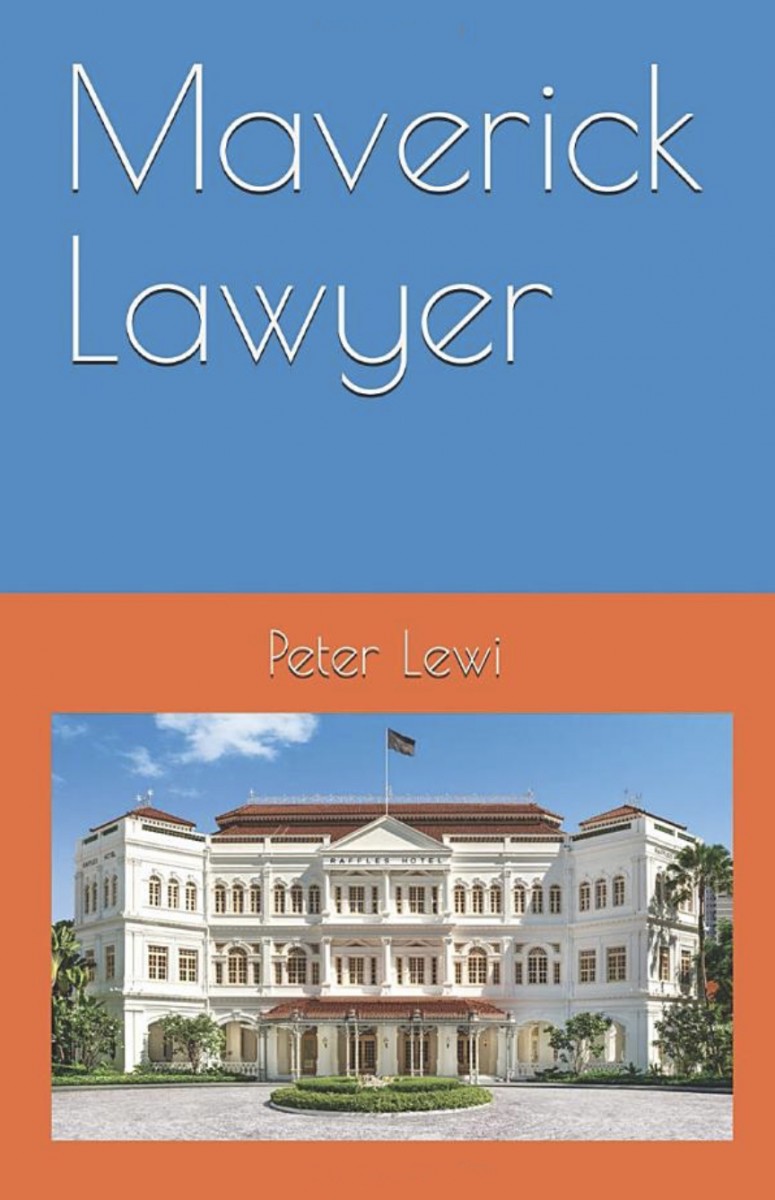 Maverick Lawyer, by Peter Lewi ’59 (available on Amazon). From his first trial at age 16 to his nervy late admission to law school and representation of a client charged with two counts of armed bank robbery on his fourth day as a lawyer, it was clear that Jake Rodgers was not destined to be a desk-bound attorney doing research and pleadings. This is one lawyer’s story about a unique career that took him all over the world on often offbeat and sometimes even dangerous assignments. Jake did his own detective work which he enjoyed as much as the legal work. Tending to be a lone wolf, his sense of adventure led him to far-flung places including Singapore, Indonesia, India, Denmark, and France. Looking back, he had no regrets about the path he had chosen. Written as a roman a clef, the author is the real Jake Rodgers as depicted in the story. Lewi lives in Carlsbad with his wife, Linda. (Fun fact: His mother was a distinguished mystery writer in her day and wrote 29 novels under the names Charlotte Armstrong and Jo Valentine.) 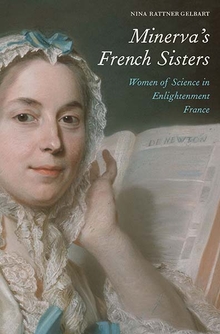 Minerva's French Sisters: Women of Science in Enlightenment France, by Nina Rattner Gelbart (Yale University Press). Gelbart brings to light the stories of a sextet of female producers of knowledge about nature: mathematician and epistemologist Elisabeth Ferrand, astronomer Reine Lepaute, botanist and botanical illustrator Madeleine Basseporte, field naturalist Jeanne Baret, anatomist and wax modeler Marie Marguerite Biheron, and chemist Genevieve d'Arconville. Their independent contributions to their respective fields have been, until recently, largely written out of the scholarly literature, and their stories have never been told together. By adjusting our lens they emerge from invisibility. This ensemble treatment provides a picture greater than the sum of its parts and reveals a female scientific presence in a period often dismissed as intolerantly patriarchal. Just as these six women defied the gender conventions of their day in various ways, this book is written in an unorthodox style testing the boundaries of the biographical genre. Gelbart, a professor of history and the Anita Johnson Wand Professor of Women's Studies, has taught at Oxy since 1981. 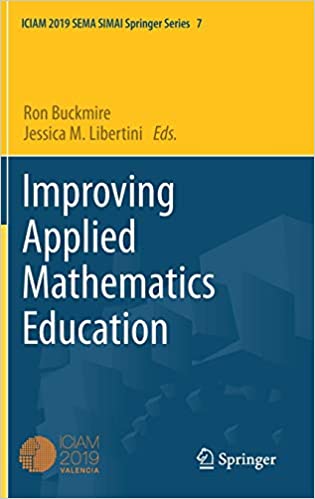 Improving Applied Mathematics Education, edited by Ron Buckmire and Jessica M. Libertini (Springer). In 2019, Buckmire co-organized a symposium at the International Congress of Industrial and Applied Mathematicians (ICIAM) in Valencia, Spain. Collected here, the chapters focus on a diverse set of contemporary topics in applied mathematics education of interest to instructors and researchers in undergraduate mathematics education. Buckmire’s lead chapter, "Who Does the Math?", includes hard-to-find data and important analysis of the profound nature of the underrepresentation by race and gender in the U.S. mathematics community to highlight an important issue in applied mathematics education. Buckmire is associate dean for curricular affairs and a professor of mathematics. He has taught at Oxy since 1994. 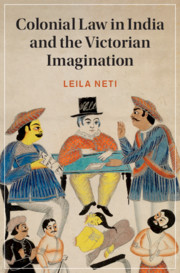 Colonial Law in India and the Victorian Imagination, by Leila Neti (Cambridge University Press). Situated at the intersection of law and literature, 19th-century studies, and postcolonialism, Neti’s first book draws on original archival research to shed new light on Victorian literature. Each chapter explores the relational ways in which the shared cultural logic of law and literature inflect colonial sociality. Neti approaches the legal archive in a distinctly literary fashion, attending to nuances of voice, character, diction, and narrative, while also tracing elements of fact and procedure. Reading the case summaries as literary texts reveals the common turns of imagination that motivate both fictional and legal narratives. What emerges is a different political analytic for understanding the entanglements between judicial and cultural norms in Britain and the colony. Neti, a professor of English, has taught at Oxy since 2006.