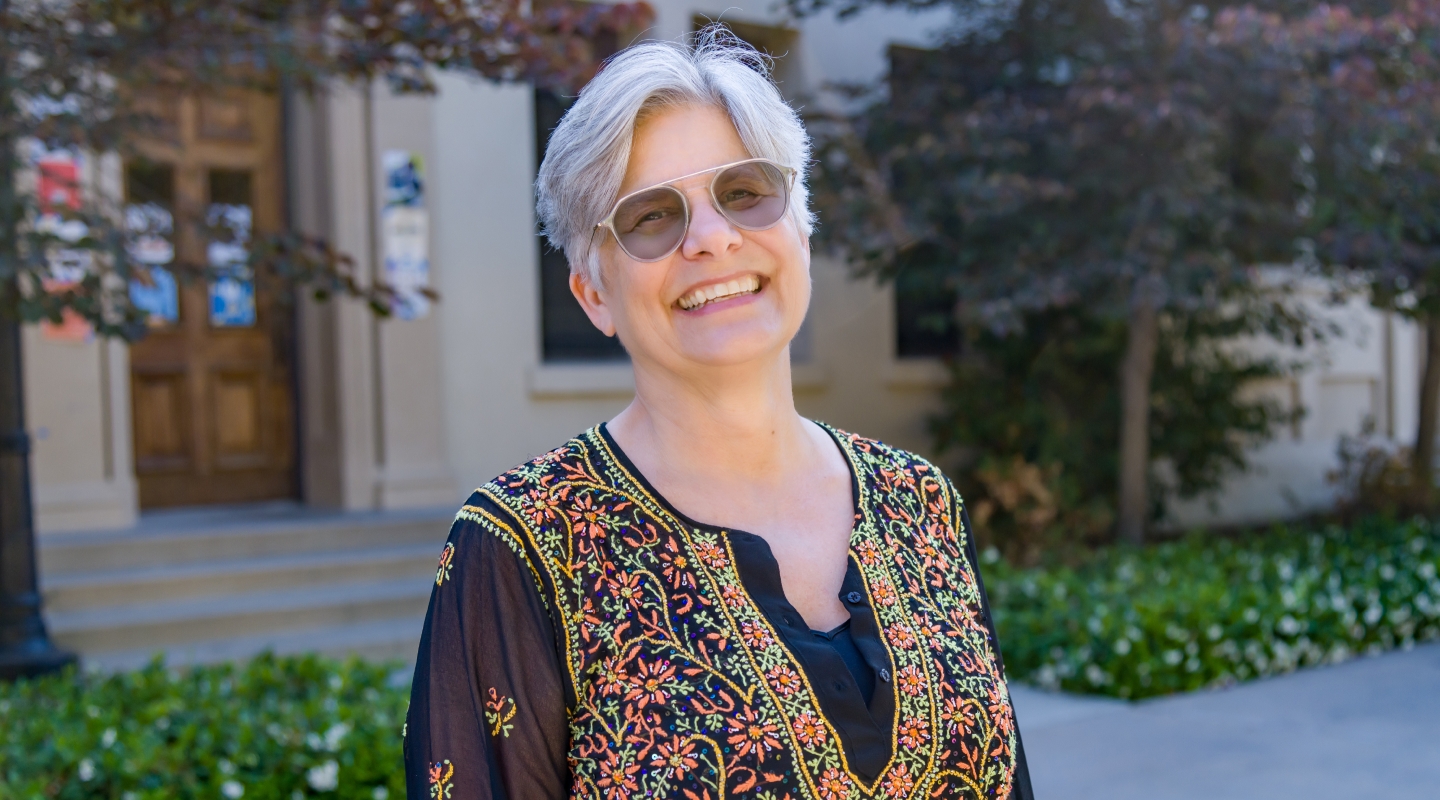 It’s a small world: By her own reckoning, every job that Mel Malmberg ’79 has ever gotten was because of an Oxy connection. “Maybe that’s common—maybe it’s not—but I’ve had a lot of jobs,” she says on a Zoom call from her home in Santa Barbara. From Malmberg's first job at Oxy in the alumni office to working with future Pulitzer Prize winner Steve Coll ’80 to found the Pasadena Weekly, to a long engagement with Flintridge Preparatory School that ended only recently with her retirement, Oxy alumni have opened doors to her varied and fruitful career as a writer and editor.

To legions of Disney Parks fanatics—and there are many—Malmberg is the author of five books that delve into the inner workings of the Magic Kingdom, including a making-of narrative of Animal Kingdom, two on Hong Kong Disneyland, and Walt Disney Imagineering: A Behind the Dreams Look at Making More Magic Real (Disney Editions, 2010). 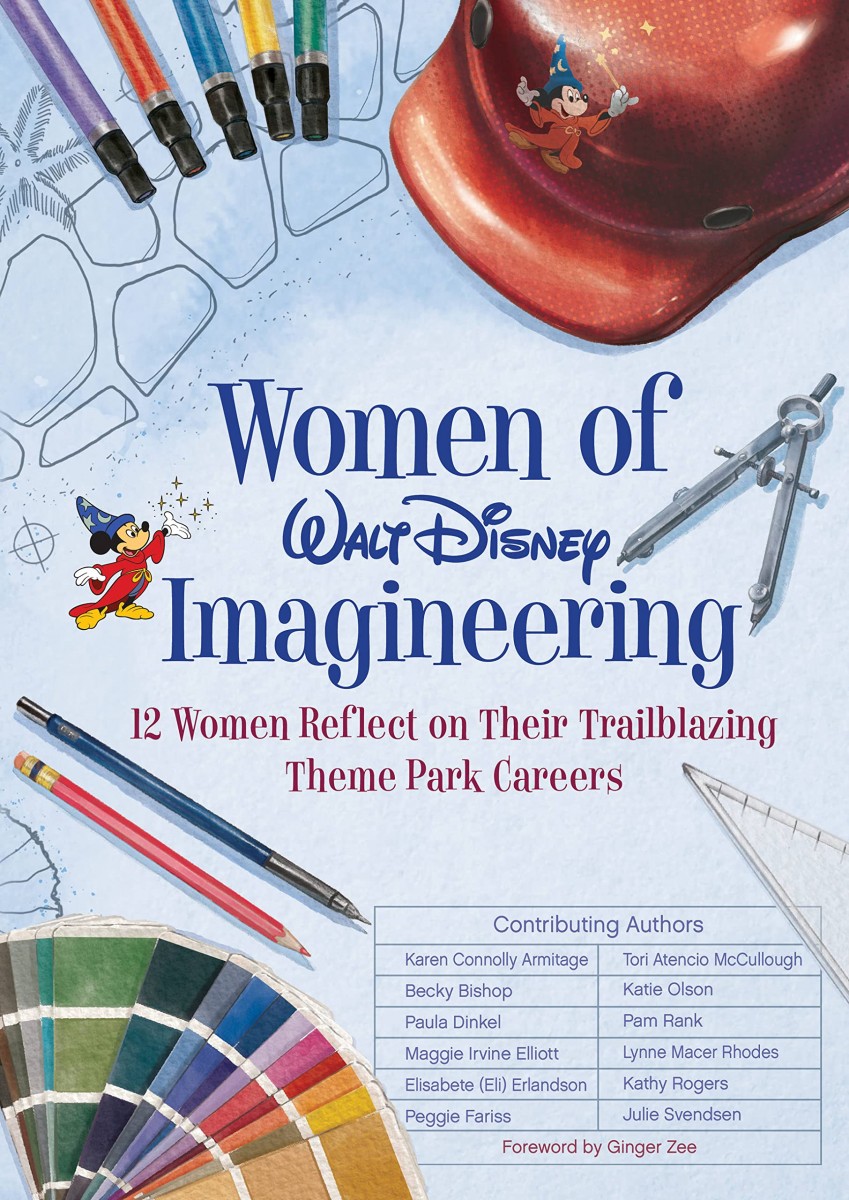 Her new book—Women of Walt Disney Imagineering: 12 Women Reflect on Their Trailblazing Theme Park Careers—deviates from her earlier works, Malmberg notes, in that it’s “not corporate at all. It’s 12 very personal histories of these women working for what is probably America's best-known company. It’s full of soul and has a lot of heart. Because of our unique position in the culture, both as Disney employees and as women in the workforce when things were happening for women in general, I think this book is important.”

Founded in 1952 as WED Enterprises, Walt Disney Imagineering “employed people (all called Imagineers) from a list of disciplines that would expand to at least 140 fields,” Malmberg writes. “On the whole, women at Imagineering felt fortunate to be there, at the top of their crafts, in a well-regarded company, working alongside equally smart and accomplished peers.”

Malmberg herself spent five years as an Imagineering show writer, from 1988 to 1993—“enough for a pension, which I didn’t even know for a long time,” she says. Her friend and maid of honor, Anne Hayflich Osterhout ’81, was expanding the writing department at Imagineering at the time. “She knew that I was a good writer and wanted me to come over, but we had to clear it with human resources because Joe was working there,” she recalls (“Joe” being her husband, Joe Rohde ’77, longtime executive designer and vice president of creative for Disney, who retired after a 41-year Imagineering career in 2021). “They said you guys can never work on a project together, and we were totally fine with that.” (The couple, who met in Haines Hall in 1975 and tied the knot in June 1982, are celebrating their 40th wedding anniversary with a monthlong trip to Africa.)

Looking back at her Imagineering days, Malmberg’s favorite memory is the time she spent working within a group called Show Quality Standards. “Once a theme park is built, it exists in the real world and a lot of stuff happens to it,” she explains. “I was assigned to the Tokyo park, and my job mostly was to make sure that all their English was correct. I would review the menus and the signage and listen to the spiels that were in English and Japanese—and I spoke no Japanese, so I couldn't comment on that.

“I got to go to Japan every six months for two weeks and really got to enjoy that park, which is just beautiful,” she adds. “But the culture is so different. In Japan, you have to bring a representative gift to friends—called omiyage [Japanese for souvenirs]—when you have been somewhere. And at the end of the day, castmembers at Tokyo Disneyland would have to restock these towering pyramids of little boxes of cookies or towels or whatever. Visitors would be rushing out of the park buying this stuff and employees would be restocking this like clockwork. It was amazing to watch.” 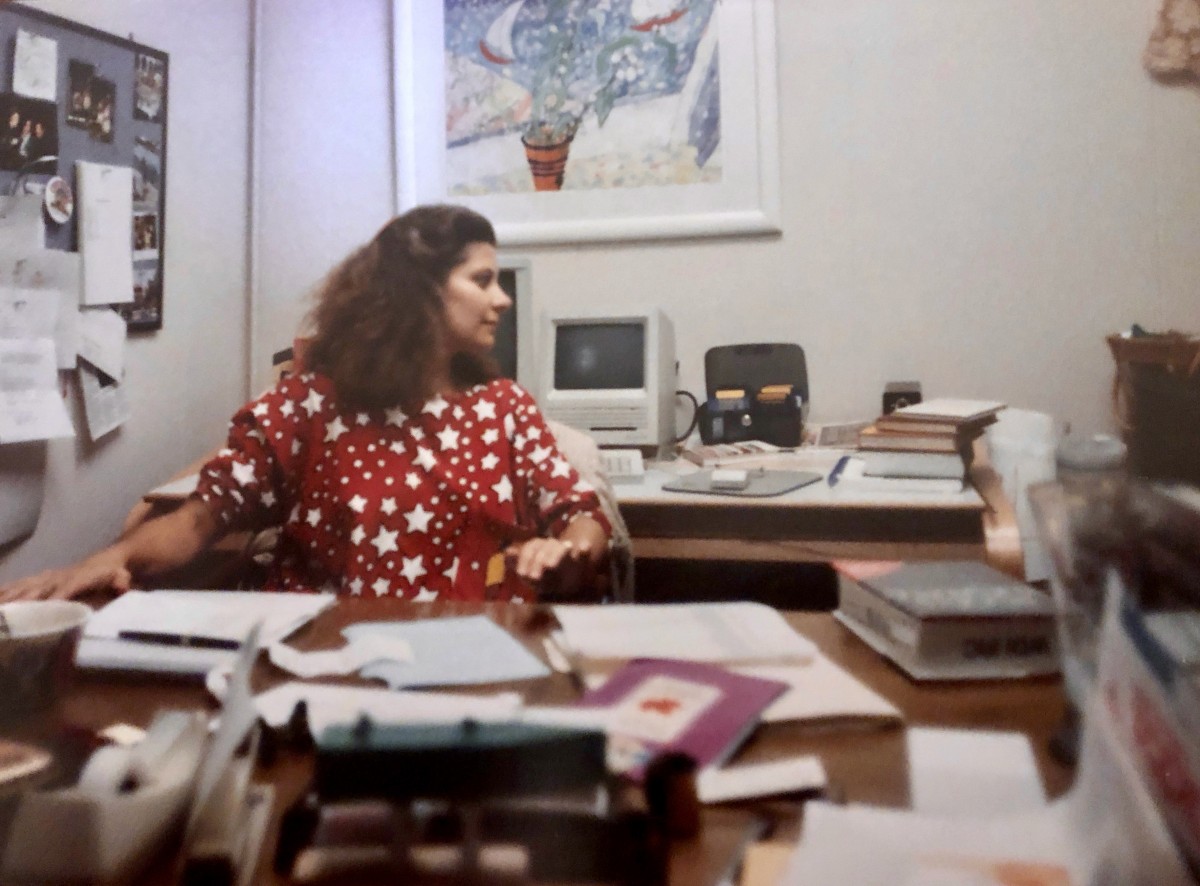 Malmberg had never worked on a book-length project prior to the Animal Kingdom project. “Joe and I had our first kid after five years of me being at Imagineering,” she says, “and at that point, Joe was getting super busy and was gone a lot. And I thought, I can freelance in the industry and still be a stay-at-home parent.” With a second child on the way and the family preparing to move to Florida to build Animal Kingdom, “one of my friends from Imagineering suggested that I pitch a making-of book to Disney,” she adds. “Making-of books were just becoming a thing, but I pitched it and got a book contract.”

The project was a success. “Luckily, Joe’s team even had the original napkin sketch for Animal Kingdom—they were really intentional about saving stuff. And I was like a fly on the wall during the development stage,” Malmberg says. “Once the project expanded, there were like 1,000 people on that site and it was fascinating to talk to different people about their jobs.”

Women of Walt Disney Imagineering began as a stealth project undertaken by Eli Erlandson, who retired as principal concept architect in 2016 and started writing a memoir for her own family. Along the way, Erlandson thought it would be interesting to hear her Imagineering friends’ personal histories, Malmberg explains, so she gathered a bunch of women in a position of leadership who had at least 20 years with the company, “and she ended up with this group of 12 people, all working in secret.”

One of the authors was Peggie Fariss, a creative development executive who spent 50 years at Disney. “Peggie and I were roommates on a trip to India in the winter of 2018,” Malmberg says. “After spending 10 days together, Peggie went back to Eli and said, ‘I think we should have Mel help us with the book.’ After Eli mysteriously invited me to meet her at Foxy’s Restaurant in Glendale, she confided in me about this book,and I said, ‘OK.’

“Most all of these Imagineers had mentored younger designers and were committed to the idea of reaching a wider audience and making their stories, and a pathway to their disciplines, accessible,” Malmberg says. “I think that’s also why they wanted an editor, because I was at Imagineering long enough to understand what it was like, but I also was far enough away so that I could ask questions like, ‘What’s a dichroic filter?’ Depending on their job, some were much more technical than others. It was helpful to have some perspective.” 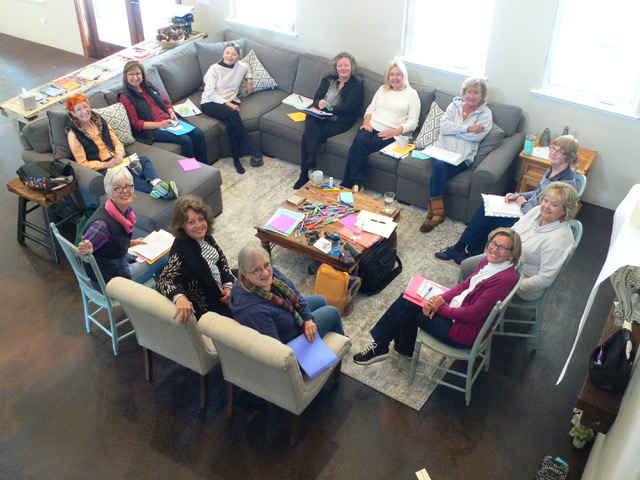 The women had rented “this giant, horrible house outside Yosemite” near the home of Maggie Irvine Elliott, longtime Imagineering senior vice president and head of creative, for a retreat that following May. “They’re all designers and they spent the whole time critiquing the house,” Malmberg recalls with a laugh.

At Malmberg’s request, each woman was asked to bring her chapter of roughly 6,000 words to the assembly, which they proceeded to read aloud to the entire group—with Malmberg hearing their words for the first time. “I’m not sure if they had ever gotten together to do this before, so it was really helpful,” she says. “Afterward, I told them, ‘You guys totally have a book here. It’s so good.’”

Armed with the women’s biographies and with a first draft already in progress, Malmberg put together a book pitch for her editor at Disney Publishing, Wendy Lefkon, “who’s a huge champion of Imagineering. Loves us, loves women.” Once the project got the green light, designer Lindsay Broderick was engaged to bring the visuals to life, and Erlandson and her fellow Imagineers “got to weigh in on things like the typeface and the layout of things because they all have a lot of skill as designers,” Malmberg says. “It was a very happy marriage of 15 women all working on a book.”

After hearing the women’s stories, Malmberg flirted with the idea of fashioning a “mega- narrative” before she realized that the strength of the material was in their individual voices. Her favorite story in the book is Maggie Irvine Elliott’s tale of meeting Walt Disney as a 10-year-old. “Maggie was one of nine kids and her dad [Dick Irvine] was in charge of Imagineering,” recounts Malmberg. “Maggie was playing a tennis tournament in Griffith Park, which is where Walt suddenly decided one day after his kids rode the merry-go-round that he was going to create a theme park for families.”

With her dad looking on, Maggie won the tournament, including a trophy and a new tennis racquet. Then she accompanied her father back to the office. It was a Saturday and kind of quiet, but he took Maggie to the Model Shop and introduced her to the people working on Disney’s “it’s a small world” attraction.“Maggie thought, ‘This is amazing,’” Malmberg says. “She’s this crafty, arty girl and all the little dolls are there and she’s falling in love with all the Imagineering.”

While her dad looked at some paperwork, he left young Maggie in his office for 20 minutes or so. While he was gone, Walt Disney himself walked in. Eyeing her trophy and racquet, he asked her, “What happened?” She told him, “I just won a tennis tournament.” And Disney replied, “That’s so great, Maggie!”

“Maggie became the woman who worked her way up from sewing rubber girdles to make the inflatable throats on animatronic birds in the Tiki Room to being creative vice president—the first woman VP at Imagineering,” Malmberg says. “Knowing that Walt Disney was excited for her to win a tennis tournament, it was a great origin story.”

Women of Walt Disney Imagineering—whose pandemic-delayed release in March 2022 coincided with Women's History Month and the 50th anniversary of Walt Disney World—quickly has gone into a second printing, “which is great,” says Malmberg, who is enjoying the freedom from deadlines—at least for now.

“I was just texting with Cheri Steinkellner ’77 about our novels that are gestating,” she says. “I’m fooling around with a novel I've been writing for a while, but I think I’m a nonfiction person. The drama of a novel is difficult to manufacture, but the drama of real life is fascinating.”