Get Me Rewrite! | Occidental College 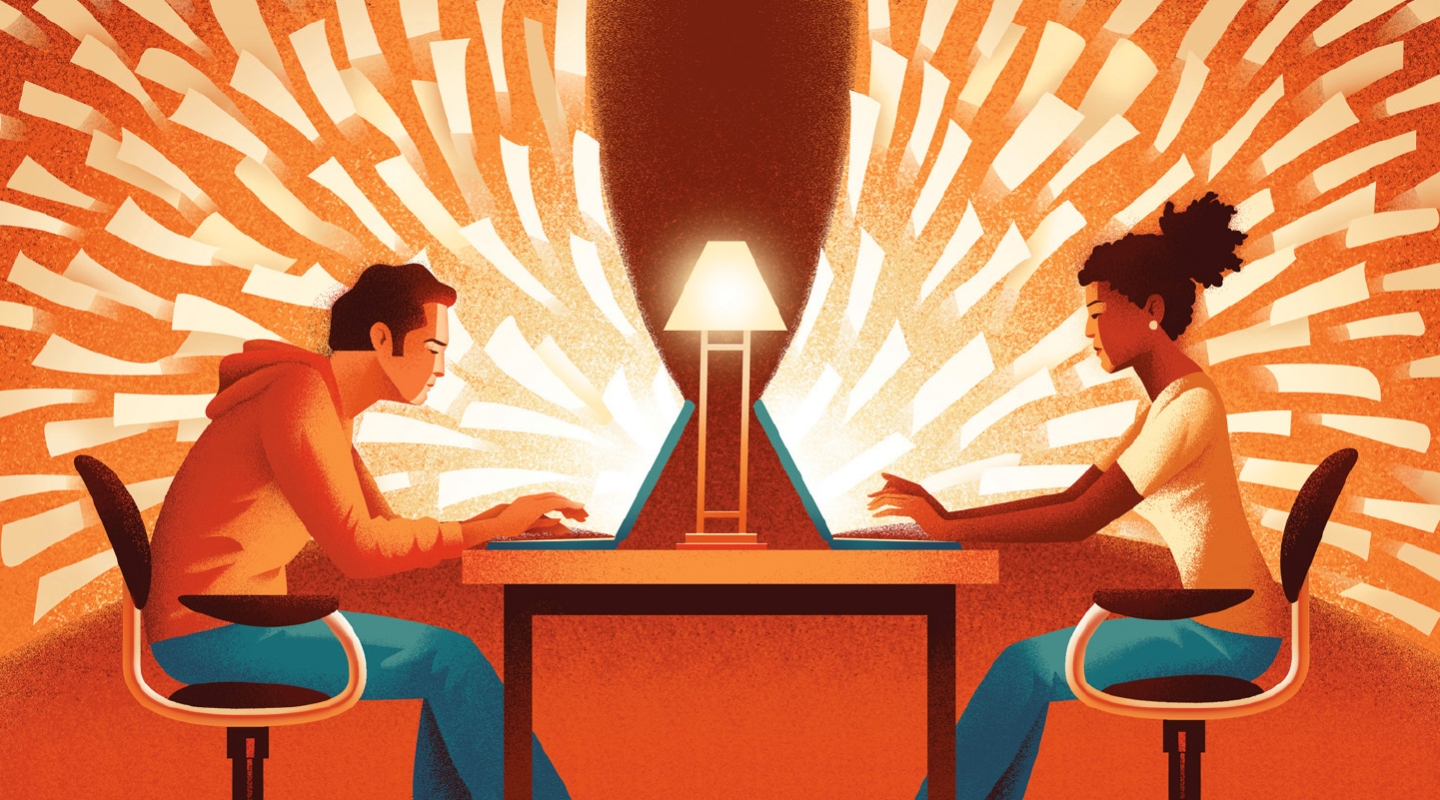 Regardless of one’s major or career path, Oxy’s writing proficiency requirement has proved essential to professional success. But don’t just take our word for it

Like many of his peers, Sergio Arteaga ’08 considered himself to be a pretty good writer when he arrived at Oxy. Then he took a first-year seminar, “Microbes Got Game: Epidemics and Pandemics,” taught by Eileen Spain, Carl F. Braun Professor of Chemistry. “That seminar literally helped mold me into the writer I became and needed to be,” says Arteaga, a high school teacher in upstate New York.

Before he landed on a major in diplomacy and world affairs, Arteaga was gravitating toward taking the science route, he says—and so it happened that a chemist was the catalyst for his evolution as a writer. Spain instilled in him the idea that writing clearly and concisely was a skill that would apply to any discipline. “To say that it is coming in handy now is an understatement,”he adds.

For Spain, whose own motto is “Revise, revise, revise”—her last research grant proposal she wrote with colleagues went through 53 drafts—good writing is an essential skill, period. “In any field, communication is key,” says the longtime faculty member, whose persuasive writing skills have secured hundreds of thousands of dollars in research funding.

While Oxy’s requirements for demonstrating writing proficiency have changed over the years, the interdisciplinary emphasis on being able to write well has not. “We are invested in the notion that writing is central to a liberal arts education,” says Julie Prebel, Writing Center director since 2016 and associate professor of American studies and writing and rhetoric. “Faculty firmly believe in the importance of writing.” And generations of alumni testify to the value of those writing skills in the real world—even if they struggled with the learning process.

Michael Baldwin ’96 remembers thinking that Eric Frank’s introductory art history course would be an undemanding respite from the calculus and lab courses he was taking as a chemistry major. “It ended up being one of my hardest classes,” says Baldwin, a validations engineer at Abbott Molecular in Santa Rosa. “The first paper I wrote I got a D-plus.”

But that sea of red ink “really kickstarted my writing,” he continues. “That class really helped me with how to present a story to the reader, to not just blast out the facts but to keep it engaging.” He applies that skill daily at work, where he has been moving new reagents used in COVID testing through the testing and regulatory process. “Paperwork is a big part of my job,” he says. “A lot of what I do is reading and writing.”

Oxy no longer has the writing proficiency test that alumni such as Kristin Wood ’87, a political science major from Visalia who went on to become a CIA analyst, remember with mixed feelings. “I was my high school valedictorian, and I didn’t pass the English proficiency test freshman year,” Wood remembers. “I was humiliated. But I appreciated the College calling me on it and saying, ‘Kristin, this isn’t enough to be successful.’

“Occidental gave me the tools I needed and then supported me through the process of learning so that writing became an asset for me,” she adds. In her career at the CIA, Wood spent 20 years writing for the president of the United States: “There’s absolutely no way that would have happened if Occidental had not held me accountable and then guided me through the process of developing the skills that I needed.” 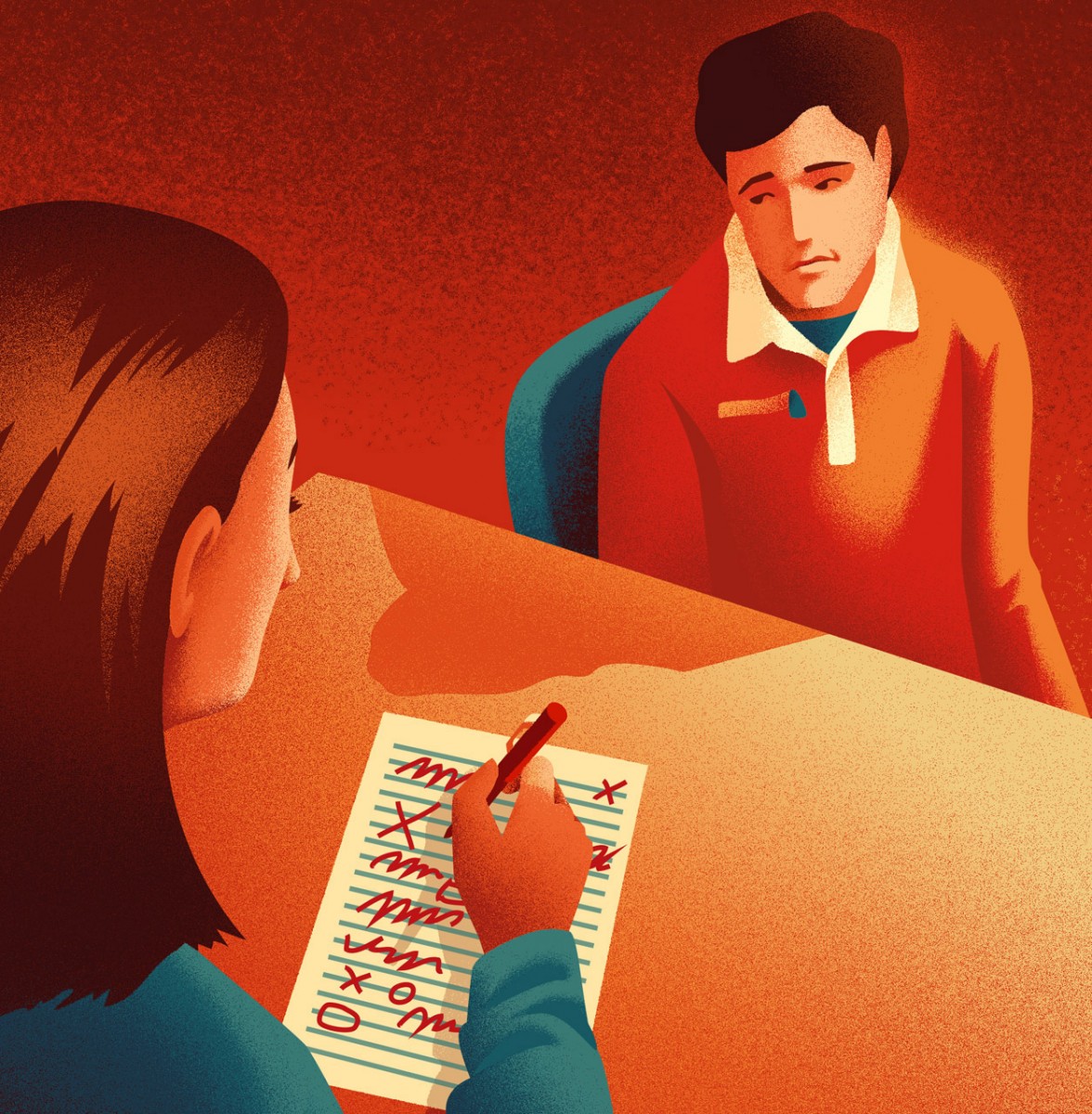 The new model involves evaluation of a student's writing portfolio, which includes essays written in the fall and spring CSP seminars. “While in the past all of this process was sort of a mystery, all of this information is public-facing—students know the rubric and what we’re looking at,” Prebel says. “It’s a more fair and equitable system.”

Those interested in exploring the discipline in more depth can now minor in interdisciplinary writing, a seven-year-old program that attracts a variety of majors with itscomparative approach to writing across genres, from creative writing in both fiction and nonfiction to playwriting, journalism, and screenwriting. Other students hone their writing skills by working at The Occidental, Oxy’s award-winning student newspaper, or on any number of literary and humor magazines that have come and gone over the years.

Outside the classroom, students seeking help with their writing skills most often turn to Oxy’s Writing Center, located on the bottom floor of the Academic Commons. For more than 30 years, the Writing Center has been a resource for students at any stage in the writing process, for any assignment in any discipline. “Writing anxiety, broadly defined, is so common for all of us—even those who write all the time,” Prebel says. “What we’ve tried to do is build a set of resources that students can access in different ways to alleviate that.”

“Occidental gave me the tools I needed and then supported me through the process of learning so that writing became an asset for me.”
Kristin Wood ’87 Students can make an appointment or just drop by to meet with a staff of faculty specialists or one of two dozen peer writing advisers, students hired and trained to work with fellow students. Peer adviser Wafa Abedin ’21, a diplomacy and world affairs major from Walla Walla, Wash., was introduced to the Writing Center as a first-year after getting a B on her first CSP paper. “I thought of myself as an ‘A’ student, so my reaction was, ‘My life is ending, what do I do?’” Abedin says, laughing. “One of my friends said you should go to the Writing Center, so I went and had a phenomenal experience.” 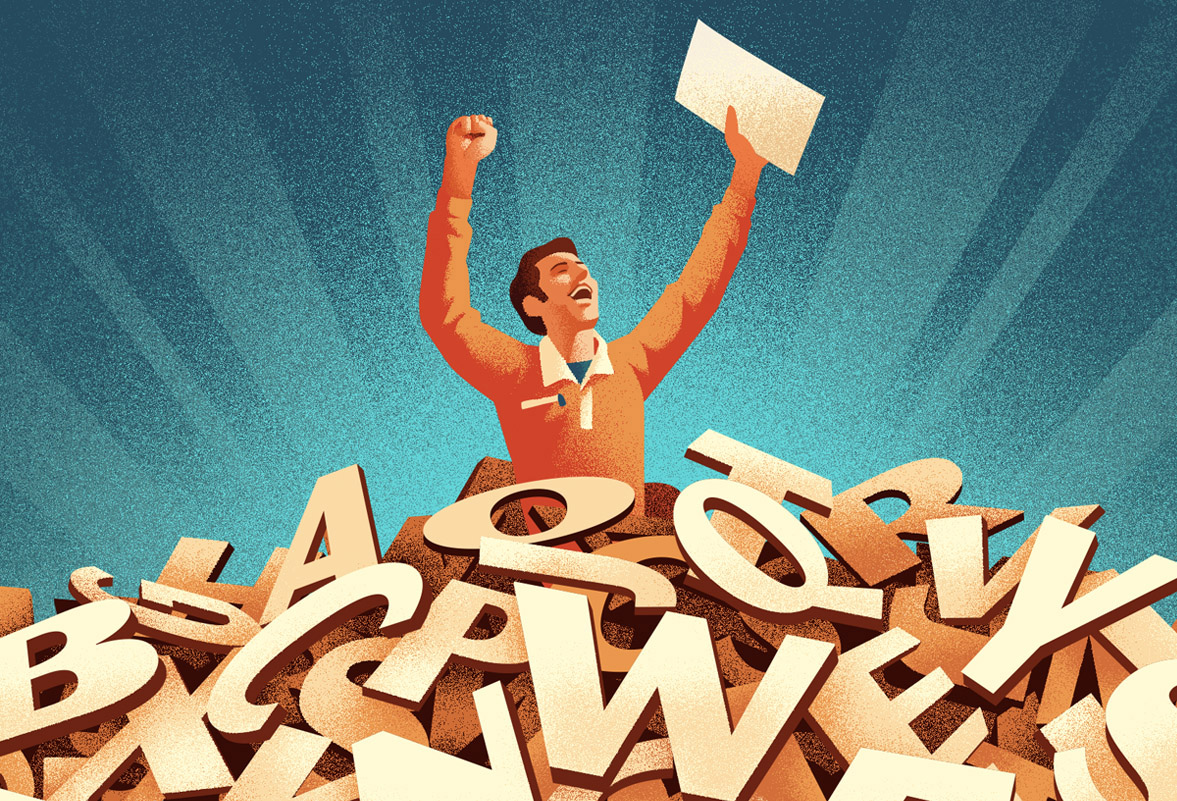 Peer adviser and self-described introvert Bethany Widen ‘21, a history major from Mission Viejo, remembers circling the Writing Center three or four times before mustering the courage to walk in. She’s never regretted it. The Center’s emphasis on writing as a social activity, rather than a solitary struggle, is key, she says: “Some of most joyful parts of writing come from discussing writing with someone else, thinking it through—that’s such a joyful and rewarding experience for me.”

Joyful is not the word economics major Paul Bogel ’79 would use to describe his experience.“I hated how much writing was emphasized. And I’m so thankful,” says Bogel, vice president of construction lending for HomeStreet Bank in Seattle. The son of an English teacher, Bogel’s high opinion of his writing skills came crashing down to Earth in his first-year seminar with English Professor Eric Newhall ’67, whom (with comps adviser Jim Halstead) he credits with transforming his style. Those skills have proved essential, whether in crafting a loan submission package or serving on a foundation board. “Being able to take the key elements of your organization, to define the need out there and inspire people to rally behind the cause, is essential,” he says.

Atlanta-based journalist and author Kate Rope ’95 switched her major from diplomacy and world affairs to public policy and thought she was destined for law school when she had an epiphany while commuting to her first job as a paralegal. She decided to become a writer. “I feel like research and writing are two of the most critical skills that exist,” she says. “That’s what is so great about a liberal arts college like Oxy—writing is hugely valuable in anything you want to do.”

As Arteaga, the high school teacher, works with his students in his history, health, and college preparedness classes, he often thinks back to when Professor Spain did the same thing with him and his first-year classmates. “In my college readiness course, I’m able to dissect their essays, and it’s like sitting with Dr. Spain and hearing, ‘You need to be clear. What do you mean by this?’” he says. “It’s like it has come full circle.”