Lawyering Outside the Box | Occidental College 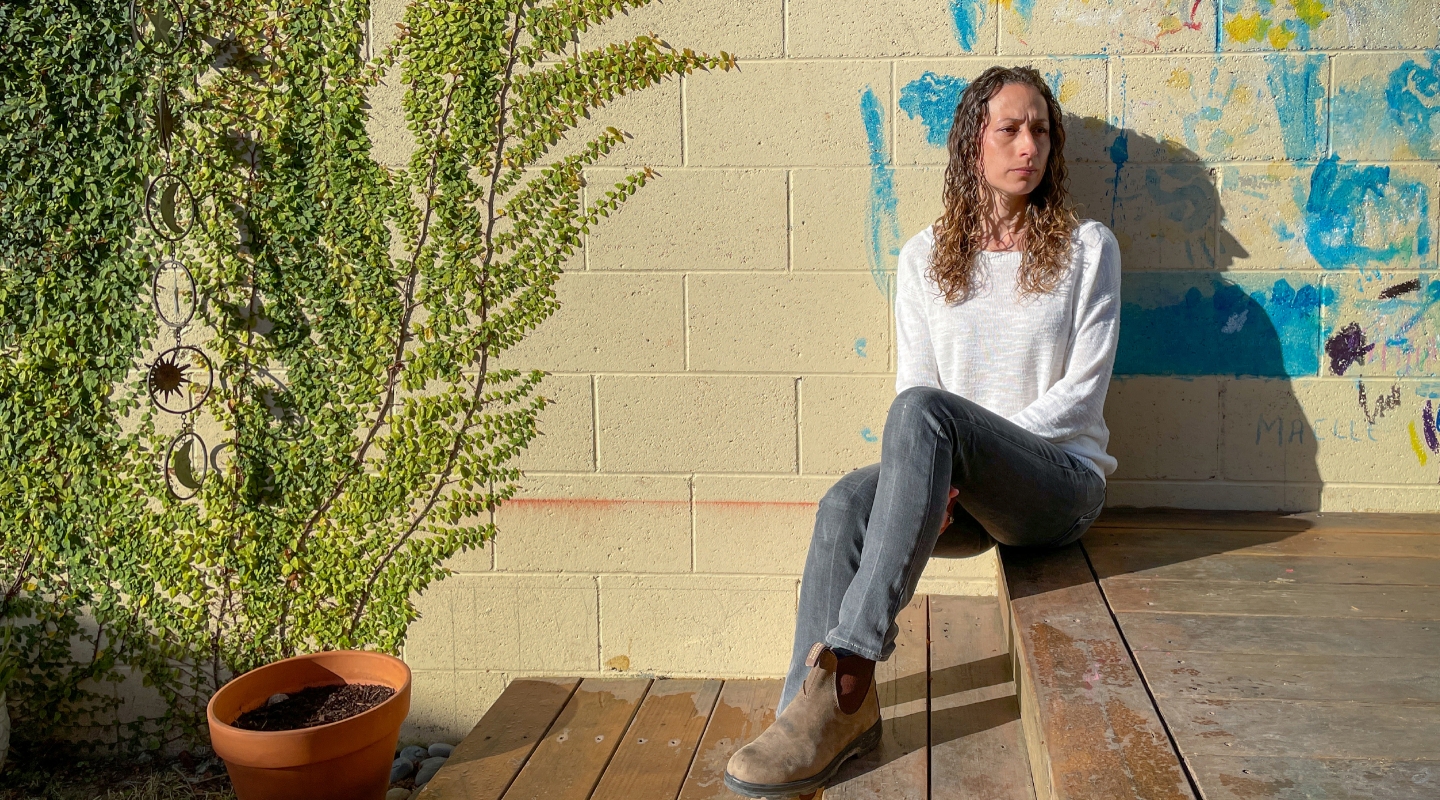 Lawyering Outside the Box

Through her Rebellious Lawyering program, Thalia González’s students get hands-on experience in public-interest law, garnering new insights into the legal system and a head start on law school.

Associate Professor of Politics Thalia González was a biology major at Arizona State University when her younger brother was arrested and expelled from high school. Despite the fact that she had no legal training, González shepherded him through the court system and the school’s discipline process, an eye-opening experience that changed her life, leading her to law school and the work of Gerald López.

López, now a UCLA professor of law emeritus, is best known for his 1992 book Rebellious Lawyering: One Chicano’s Vision of Progressive Law Practice. His vision of “rebellious lawyering”—a collaborative approach to public-interest law that immerses lawyers in the low-income and under-resourced communities where they work—“stands among the transformational canons of clinical theory and practice,” legal scholar Anthony Alfieri wrote in a 2016 issue of Clinical Law Review dedicated to López’s seminal work.

"I have read Rebellious Lawyering too many times to count and what is remarkable about López’s work is that I always find something new in it," Gonzalez says. "As a law student, it challenged me to be deeply conscious about how I held space for individuals and communities who are often dismissed to redefine what justice means to them, not defining it for them. Now as a professor, it is the constant reminder to be vigilant in my teaching a discipline—law—that is deeply shaped by social, political and economic exclusion." 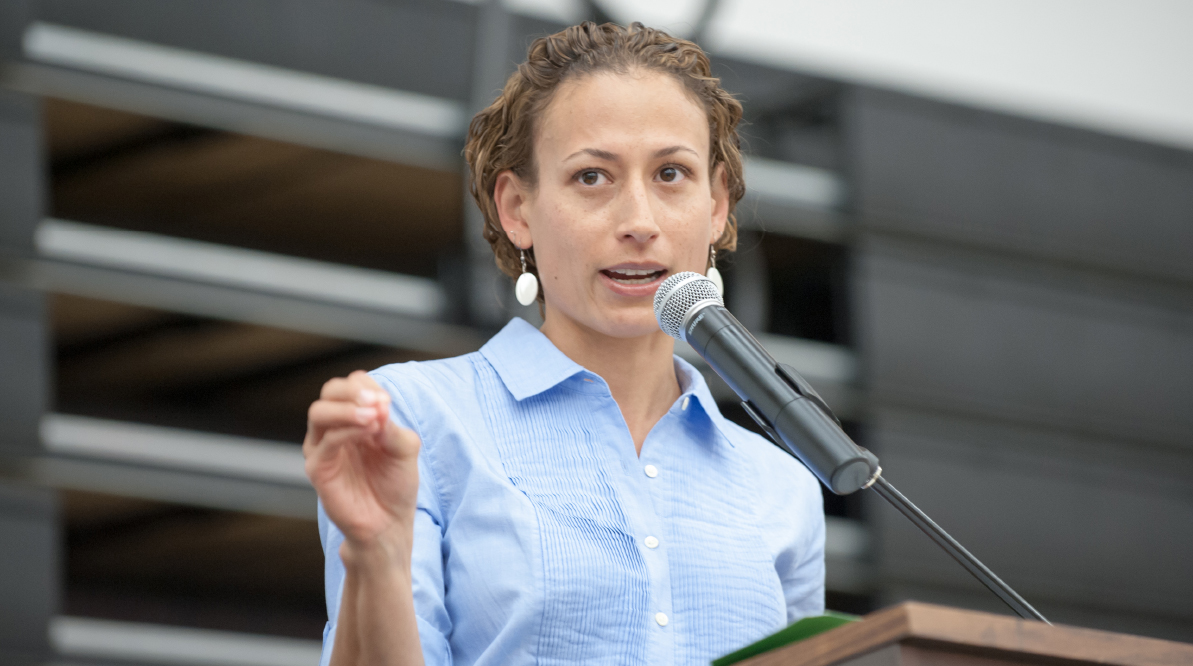 Soon after her arrival at Oxy in 2009 as an assistant professor of politics, González launched Oxy’s Rebellious Lawyering program, the only one of its kind in the country for undergraduates. Like the College’s Kahane United Nations and Campaign Semester programs, it is a unique opportunity for students to combine classroom theory with hands-on experience—in this case, with public-interest law firms and nonprofits in Los Angeles.

Rebellious Lawyering—or Reb Law, as students call it—is a logical extension of the College’s mission of equity, excellence, community, and service, according to González. “The whole purpose is to think more critically about the operation of the legal system and how traditional legal practices can perpetuate inequality, rather than end it.”

Alumni of the program rave about González and the Reb Law experience. “It’s an amazing class and Professor González was one of my favorite Oxy professors,” says Katelyn Rowe ’13, a Phi Beta Kappa politics major from Carlsbad, U.N. Program participant, and All-SCIAC forward in women’s basketball who is now clerking for a federal judge in Los Angeles. “I would say that it has stayed more with me than anything else.”

“Her classes were a highlight of my time at Oxy,” agrees Carter Norfleet ’12, a transfer student and politics major from Del Mar, who today is an attorney in the Los Angeles office of Littler Mendelson, the global labor and employment law firm. “Reb Law was a way for me to look at lawyering outside the box.”

Rebellious lawyering means strategic use of privilege. Exercising an individual’s skills and knowledge of the law with those of the greater community to work together towards justice, in and outside of the systems already in place. It is about utilizing the lawyer in everyone, and collaborating towards justice.”  —Thalia González, Spring 2012

First offered as a two-unit pilot semester in 2010, Reb Law is now made up of two four-unit courses taken concurrently—Politics 340, the classroom component, and Politics 260, an internship with a community-based legal organization or law firm for a minimum of 12 hours a week. Drawing on her connections in the legal community, González also puts on a semester-long Public Interest Lawyering Speaker Series. (Oxy’s Law Society, which González advises, also gives interested students the opportunity to participate in moot court and mock trial competitions.) 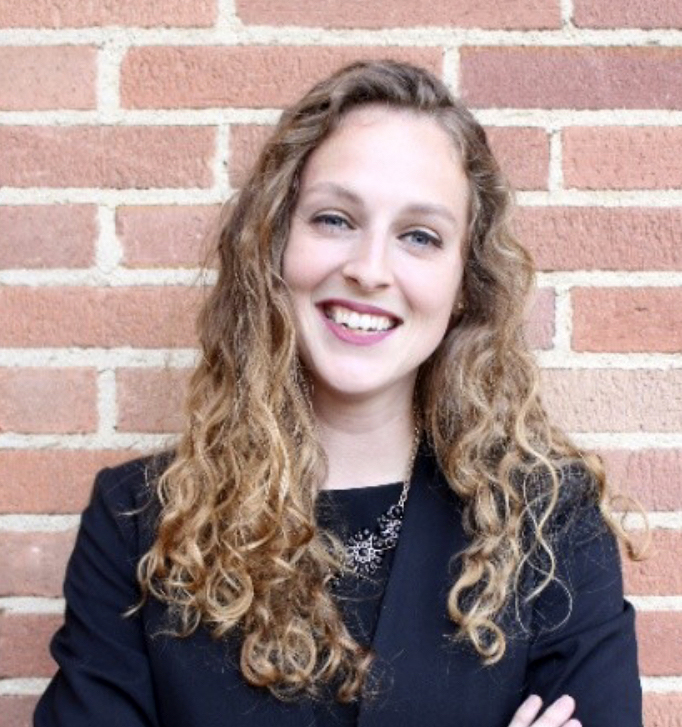 Open to students outside of the politics major—participants have included philosophy, economics, sociology, diplomacy and world affairs, and urban and environmental policy majors—the application-only program typically enrolls 12 to 15 students. Each has to submit a resume, a written statement of why they are interested and what they will bring to the course, and be interviewed by González. They are also interviewed by their potential legal supervisor.

“It’s a real commitment,” she says, noting that the integration of theoretical and applied is key. “You have to do both. The research bears out that where you have service learning just for its own sake, it’s not as effective for students or community partners as when you are integrating both theory and practice.” Oxy’s location in Los Angeles, which combines a history of legal innovation with an unfortunate array of societal inequity, makes it possible to provide students with a range of cutting-edge internship opportunities, she adds.

Reb Law practitioners stress the importance of clients speaking on their own behalf and participating meaningfully in the legal process. “In this vision, lawyers are participants in a collective venture,” González says. “It’s about being able to use your legal skills to empower people so that they can truly exercise their power for social change, about someone having the ability to regain power over their life.”

While the idea of rebellious lawyering is traditionally introduced in law school, González sees advantages to exploring the legal system critically at the undergraduate level. “Being an undergraduate doing this work frees you—you are not already being told what lawyering means, that this is the orthodoxy. And you are not surrounded by other students talking about torts, contracts, and trying to perform in a particular way. You can push the boundaries.”

Thanks to González’s contacts, students have interned at a wide variety of nonprofits, including Bet Tzedek Legal Services, Public Counsel, the Legal Aid Foundation of Los Angeles, the ACLU, the Coalition for Humane Immigration Rights, and Asian Americans Advancing Justice. “My students know they won’t be making copies,” she says. “The organization will be treating them like a first- or second-year law student.”

Oxy’s Reb Law students have always been a great fit, says Ruth Cusick, senior supervising attorney for Public Counsel. “We have always been able to utilize the Oxy students, sometimes giving them a real stretch project with legal research. They have really added value.”

Arianna Nord ’18, a philosophy major from Billings, Mont., interned with Public Counsel’s consumer law section, primarily with victims of credit card fraud. “I had cases I was responsible for, and at the weekly case review meetings it would be my responsibility to give updates,” says Nord, a second-year law student at the University of Washington. “I was working with law school students and at first I was intimidated, but it helped build my confidence. I realized I can do this.”

Rowe interned at the U.S. Attorney’s Office, where she had the opportunity to watch criminal trials and hearings and work on what she called a “really interesting” insurance fraud case. Applying her Reb Law critique while working with federal prosecutors “was a great learning experience,” she says. “You can talk theory all day, but to see how it plays out is really important. Reb Law has really shaped my understanding of how I want to practice and how I want to use my expertise.”

Karthik Raman ’15, a politics major from Fremont who went on to law school at the University of Minnesota, says Reb Law gave him hands-on experience and a perspective that was invaluable in law school.

“Law school tries to get you into the minds of judges, which is important to know, but the idea of equal access to the law and lawyers, or issues in the housing system that perpetuate people’s inability to pay rent—those kinds of issues definitely are not addressed there,” says Raman, who interned at Public Counsel as a senior and participated in Campaign Semester as a sophomore. “I was really glad to get in on the ground floor before even getting to law school to confront those questions.”

While many of her Reb Law students end up going to law school, that’s ultimately not the point of the program, González says. “Are you the teacher who ensures the classroom is a safe and equitable learning environment for all students, the legislator who redesigns the law to address structural discrimination, the funder who supports the work of community activists, or a lawyer who represents kids in delinquency cases?” she asks. “There are many different intervention points for social change and they all can be rebellious.”

González was photographed remotely by Marc Campos on February 25 using the VShoot app on an iPhone.